Michele Bachmann's ignorance is her strength: The only way to prevent war with Iran is to bomb it 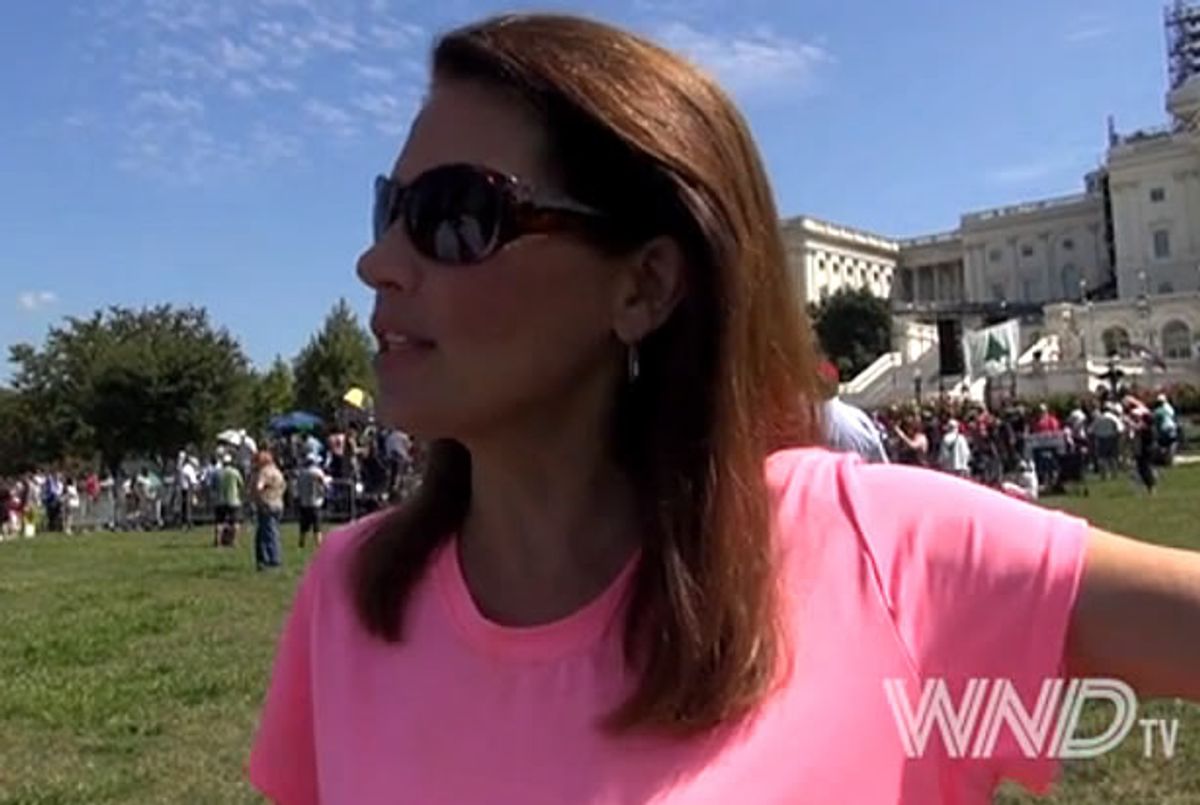 In an interview with World Net Daily conducted before her speech at the anti-nuclear accord rally on Wednesday, former Minnesota Representative Michele Bachmann claimed that "bombing Iranian nuclear facilities" would "is called peace, that's not called war."

Seemingly quoting one of the slogans of George Orwell's totalitarian government in "1984" -- "War is peace" -- in order to prove that she believes another is also true -- "Ignorance is strength" -- isn't the most effective means of demonstrating one's national security credentials, but Bachmann soldiered on, claiming that sanctions against Iran won't work nearly as effectively as simply bombing the country. "That does not bring about World War III," she insisted, "that ensures peace into the future."

It's worth remembering that when Bachmann speaks of another world war, she does so happily, because as she said in August, she believes World War III will usher in the End Times. So it isn't surprising to hear her argue that there is "only one tried and true method that stops a rogue nation from getting a nuclear bomb -- it is for a country like the United States to take our military superiority and to go into that country and to drop bombs on their nuclear hardware and destroy it."

"If I was president of the United States," she continued, "it would take me half a nanosecond. We would send out our military equipment and do what has to be done. In eight weeks, the whole discussion would be over. The Iranian program would be done, and the world would be free from that menace."

It's unclear how a bombing campaign without collateral damage -- either in the form of civilian casualties or greater regional unrest -- will spur on the End Times, unless of course she's deliberately lying about the former in order to accelerate the arrival of the latter. She does believe, after all, that "the prophets longed to live in [the End Times], and you and I are privileged to live in it."

Watch the entire interview below via World Net Daily.