The "Black Mirror" oracle: Confronting the technology we desire that could also destroy us

The groundbreaking UK show, which came to the U.S. through Netflix, is reportedly getting new episodes 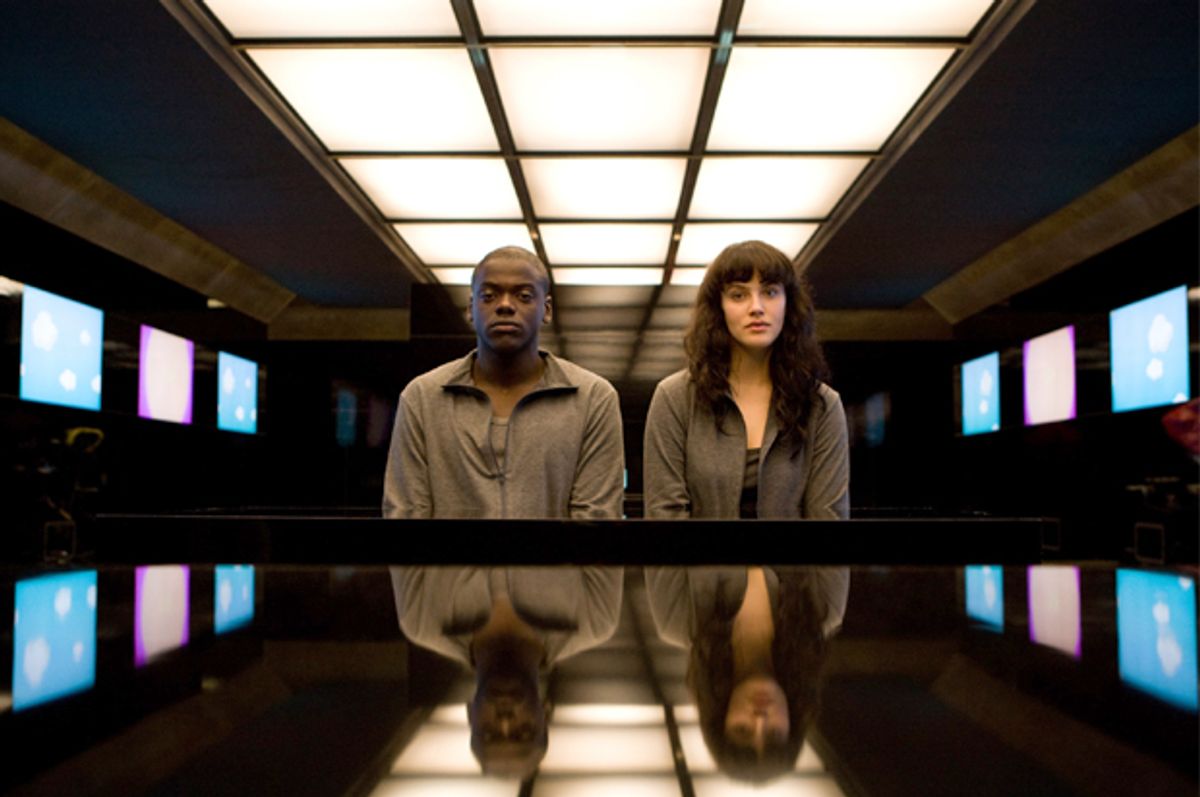 Three centuries before television sets glowed in every home, a 17th-century optical device called a “catatropic box” entertained bored aristocrats. The box contained miniature mis-en-scènes of villages, landscapes, and the like, but these tiny marvels of craftsmanship weren’t the surprise. Its eight walls were lined with miracles of modern technology: flawless mirrors backed with a silver amalgam. Set up to infinitely reflect each other, the mirrors made a game out of the fact that looks were always deceiving. The effect was near magical and, for the same reason, unnerving.

The British series “Black Mirror” achieves a similar goal, except today, it does so by letting the tiny humans in the mis-en-scène know we’re being watched. Not them. Us. We. The people living inside little boxes on the hillside, staring at glowing screens which transform into blank walls as soon as the power is turned off. “Black Mirror” reveals that we are not the viewers but the subjects being watched, yet the only way we can see this fact is by staring at a screen put in place to hide its own circuitry. That premise is driving audiences delightfully mad with the paradoxes.

As with many British shows, “Black Mirror” ekes out the goodness in meager, exasperating clumps, building up a cult following based on a mere seven episodes. A global hit since 2011, the show recently came to the US via Netflix, where it generated such good word of mouth, Variety observed back in January, “a U.S. version was all but inevitable.”

Reliably delivering shocking plot twists, each short-story episode stands alone, one of the many reasons British fans such as Dan Beasley, a physicist at University College London, will readily compare it to the “Twilight Zone.”  In this brutal universe, politicians aren’t asked to put lipstick on a pig, they’re forced to screw it. Another episode transforms the working man’s plaint of being a “hamster on a wheel” into a terrifying tale of a citizenry forced to pedal stationary bicycles while watching mandatory TV. Technology is omnipresent. The storytelling, by writer-creator Charlie Brooker, is superb.

Earlier this week, Netflix announced that it was producing new episodes of “Black Mirror,” though it is unclear if these new installments will be Americanized or continue to take place in an ersatz Britain. The Land of Tea and Crumpets has become virtually synonymous with dystopia, largely thanks to the lingering underbelly of Empire, two World Wars, and literary classics penned by British authors warning of the creeping horrors of totalitarianism — prophetic works such as “1984,” “Brave New World” and “A Clockwork Orange,” the forebears of cinema-ready future dystopias like “The Hunger Games,” “Maze Runner” and “Divergent.”

But by daring to locate dystopia in the bleak almost-now, “Black Mirror” dismantles our technotopic fantasy that machines represent progress, and that progress is always good. Instead, technology stands revealed as an agent of loss—of autonomy, dignity, power, and finally, humanity itself. Even as “The Matrix” explored the creeping feeling that something’s not right by explaining that our collective consciousness had been hijacked by a computer simulation, “Black Mirror” fuses speculative fiction with a science reality changing the meaning of biological existence.

“‘Black Mirror’ deals with big science fiction ideas like lifelike robots, implanted memory recorders, and a consumerist dystopia,” says historian of automata Minsoo Kang, yet “tells stories at the level of the individual, concentrating on the impact of technology on the life of everyday people."

The ordinary fears of old-fashioned humans turn on suspicions of Big Brother scenarios, of identities being stolen, and military secrets being hacked. But alongside so much inarticulate paranoia regarding the control of unruly bodies, physicists are starting to test the theory that we are living inside a hologram. For real.

“If you asked anyone twenty years ago how many dimensions our world has, most of us would answer 'three spatial dimensions plus time’,” theoretical physicist Daniel Grumiller said in an interview published in Motherboard this past May. “The holographic principle would mean that this is actually a matter of perspective.”

Far from being completely implausible, the “holograph” explanation reconciles certain contradictions between the theory of relativity (energy is equal to mass multiplied by the speed of light squared), and quantum physics. In other words, it is entirely possible that we are living inside a universe that is a holograph, and there is no discontinuity between our idea of “reality” and the simulation of existence except one: the vector of consumerism. Otherwise known as “technology.”

Back in the early ‘80s, “The Mind’s I,” edited by Douglas R. Hofstadter and Daniel C. Dennett, asked similar questions of technology, self, and consciousness now being posed by “Black Mirror.” From that collection I first learned about the Turing test, a series of questions designed to discern whether a thinking entity was human or machine. Invented by cryptographer Alan Turing, the test fed a key scene in 1982’s “Blade Runner,” where a cop interrogates a guy named Leon who turns out to be a replicant, a man-made slave who is “more human than human” despite coming with a warrantee. The fact that Leon wants his freedom means he is malfunctioning, so the cop shoots him dead.

“Black Mirror” exposes the construction of pop cultural narratives in order to make us aware of their role in maintaining political control. Abrupt outbursts of violence jolt “Black Mirror,” but the show is not a gore fest. If viewers find it “sick and fascinating,” writes LaToya Jordan, it’s because it inspires equal parts loathing and desire for the invented, almost real gizmos in its stories. Jordan confesses: “I wanted that playback thingy so I could stop repeating myself to my husband!” She’s referring an episode where an implant allows instant taping of memories that can be replayed at will, a sort of upgraded Google Glass, which is kind of like a legalized version of the Superconducting Quantum Interference Device (SQUID) device in 1995’s “Strange Days.”

Knowing that you desire the very thing that is destroying you is the very essence of dread, a feeling that the fatal blow is coming from within. “It's very bleak and hard to watch,” says writer and editor Karissa Chen, who loves the show but is “too afraid to watch the next episodes alone.” Viewing them by yourself can be rough. “I want someone to hold me and tell me everything will be ok afterwards,” she says. If “Black Mirror” turns out to be an oracle, in the manner of the best of British dystopian fiction, pretty soon that someone will be a cloned life partner.