Donald Trump's glory days as the butt of Spy's jokes: How the "short-fingered vulgarian" rose to the occasion and became a break-out national star 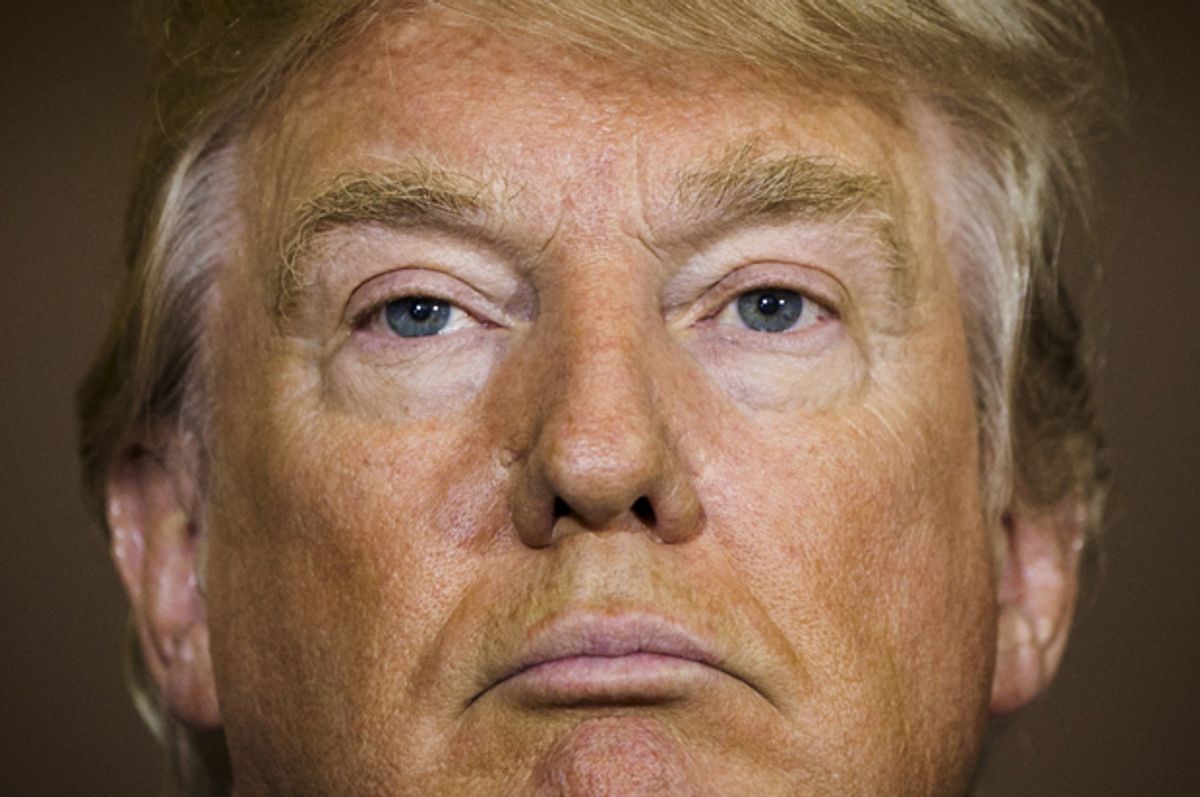 Decades before his presidential run, Donald Trump was best known to many Americans from the pages of Spy magazine, the satiric monthly founded by Kurt Andersen and Graydon Carter. Their coverage of the “short-fingered vulgarian” spread his fame far and wide, and often drew a sharp response from Trump himself.

Trump's dodgy finances, his rude statements, his eviction of tenants, his marriage, his hair’s resemblance to Al Sharpton's – they were all parts of the magazine’s glory days.

We spoke to Andersen, today best known for his public radio show “Studio 360,” about his early fascination with the real-estate developer who would be king. The interview has been lightly edited for clarity.

Donald Trump was a big part of the magazine in the late ’80s. Why was he such a mainstay of Spy’s coverage?

When we started, we really conceived of the magazine as a magazine for New York. And he was a guy who wasn’t well known when we started – he was just barely emerging. The ridiculousness was in every measure present then… He wasn’t even a casino operator – just a real-estate guy. And all the arrogance and megalomania and desperate need for attention, all of it was there. He just seemed like a real-life cartoon to aim our satirical lenses at. He was new to people, and as you said, for people who didn’t grow up in New York, an extraordinary figure.

Part of our mission statement in the late ’80s was looking at the ostentation and vulgarity – he seemed like a perfect embodiment of the zeitgeist. And then he rose to the bait – and as America now sees, just calls everyone a loser and a third-rater, he did that with us. So it was fun to have him responding to us.

Sounds like a pretty irresistible target if you’re trying to write about big-money pomposity.

And also, then as now, he was bragging about how rich he was. In addition to the drive-by shootings we did, we did actual investigations into his wealth and non-wealth and bankruptcy and unhappy creditors and all the rest.

And I had forgotten until this summer, when I looked back at some of the stuff we had done, and was amazed to see that in 1987 or ’88, he was threatening to run for president. And I wrote a piece saying, “Please, please Mr. Trump – do it!”

So in a way, the fact that he’s running now is like a 25-year dream delayed for me.

As you say, he was already rude and boastful and belligerent back then. Did he seem to have any apparent politics at the time?

No, he didn’t. Nothing beyond that he was great and everybody else was stupid. So all of this talk about whether he was a Democrat or a liberal – no, no politics beyond the way the demagogue guy at the bar who hates all politicians has politics. Not in any coherent sense.

Do you pick up any coherent politics now, besides a cranky rich man’s populism – plutocrat populism or something?

Well, not even a rich man’s. What he says worries the Wall Street Journal and the plutocrat class – “whoa! he’s a protectionist,” “whoa! he wants rich people to pay more taxes.” So to the extent that he has a politics, it’s genuinely populist. Kind of incoherent, as populist politics sometimes are.

People say he’s like Berlusconi; I guess. I see it more like a Juan Perón kind of thing – the nationalist strongman. What some have called in other contexts fascism.

His politics seem scrambled then and now. Is there a change temperamentally? Does he seem to have mellowed with age? Is he more ornery now? How do you compare the ’80s Trump to today?

The thing that amazed me about the ’80s and ’90s Trump – I’d never seen anyone who so manifestly and desperately thrived on media attention. He couldn’t have enough – as close to a literal addiction as I’ve ever seen. So now, with this summer and this campaign, he’s getting more attention than ever. And it’s like some X-Man thing or The Hulk – he’s just getting bigger and bigger. You can see him just vibrating with the pleasure of people paying attention to him every day.

There’s nothing about him that indicates that he’s a happy person – so it’s an interesting combination of “I’m rich, I’ve got this beautiful wife,” and yet, “Why don’t you seem happy? Warren Buffett seems happy.”

He hardly seems like an advertisement for getting and spending. All these riches, and he’s still angry all the time.

The hole in his soul has not been filled.

This is hard for anyone to answer, but: He’s not just an outrageous, comic figure – people are talking about voting for him, at least in polls. It’s not just one crazy week or something. What’s his appeal?

He’s a good performer. His speeches can be these meandering things without talking points, but he is a skilled public performer, in a way that most political candidates aren’t. He’s also – unlike them – he’s not careful about what he says.

As soon as he announced, my take on him was, Well, this may be a fake campaign, but he can’t make a gaffe. He’s operating in a different universe.

And then somewhere along the line, where he doesn’t worry about getting nominated, because it’s about making people pay attention… And now, he may be at this point where he’s saying, Wow, fuckin’-A, maybe I can really get the nomination!

People find it appealing that even if he’s lying or exaggerating, there’s nothing controlled or poll-tested or handler-approved about him. And in this day and age, that’s unusually appealing.

I’m completely confused by the ’80s. You’ve written about it yourself, saying that it took us many decades to get past that period, and that maybe the 2008 crash was the final lid coming down on the Reagan era. How does Trump fit into that? He seemed like this weird ’80s freakshow, like synth pop, that seemed to be about a decadent extreme era. And yet the ’80s are long gone, and he’s bigger than ever. Does he embody the era, or transcend it, or what?

Who is the emblematic 2015 person the way Michael Jackson was, say, the emblematic 1991 person? Nobody, because it can all exist simultaneously in this digital age. If you like ’80s pop, listen to ’80s pop. If you like trance music, listen to trance music. There may be an old paradigm where we think this person or this cultural expression is what this era is all about. You know, Madonna is still putting out records.

We’re living in a pastiche era where all these cultural and political forms are simultaneous.

We don’t create anything new — we just recycle. And he’s the latest thing we’re recycling.

So it’s no crazier than like if Depeche Mode had a huge record. We’re still talking about Prince, Morrissey, Madonna. If I was thinking of who from that era would live again, I’m not sure I’d have guessed Donald Trump. But I guess he’s proven us all wrong.

Oh, of all the people we were obsessed with at Spy: If you’d have asked me in 1990 who we’d be obsessed with in 2015, it wouldn’t be Donald Trump, it would be Mike Ovitz. And I couldn’t have been more wrong.

Without ever having to say, “I wish it was still a time when men were men, and white people were in charge,” he doesn’t have to say any of that. He’s an expression of it. In a quasi-political way, that’s part of his politics and part of his appeal.