Healthcare.gov's choice overload: It's no wonder people end up spending more than they need to 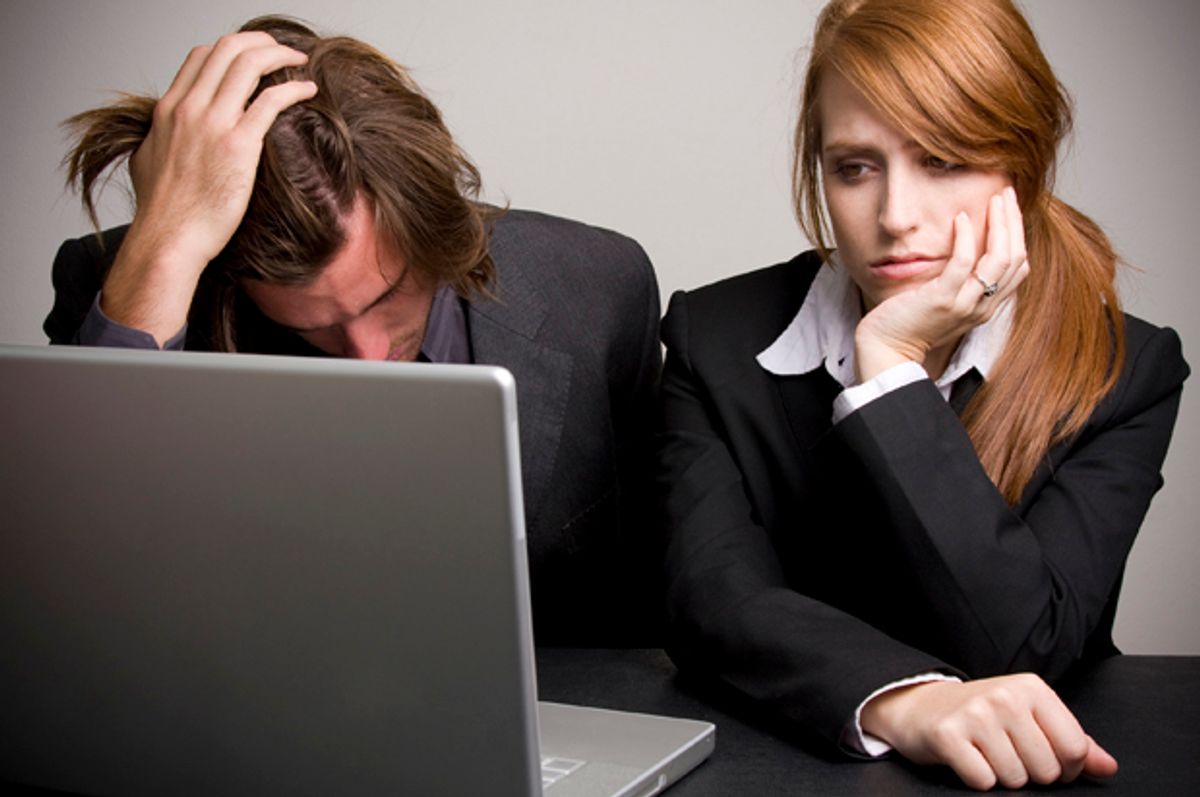 On Oct. 1, 2013, the United States government launched a new website, www.healthcare.gov, that was designed to help people choose health insurance. The launch was an epic fail: Although the site got 4.7 million visits in the first 24 hours, only six people were able to complete the enrollment process. According to the Washington Post, President Obama ended many of his meetings about the healthcare law the same way: “If the Web site doesn’t work, nothing else matters.”

The good news is that the technical problems have been fixed – millions of Americans have used healthcare.gov to choose a health insurance plan. The bad news is that a potentially far more important problem remains. A growing body of evidence suggests that the design of healthcare.gov can lead many people to pick the wrong insurance plan, a decision-making error with major financial consequences.

Consider a study Saurabh Bhargava and George Loewenstein of Carnegie-Mellon University and I recently conducted. Using a simulated version of healthcare.gov, we showed that a diverse sample of adults choosing among plans that resemble those on the exchange choose quite poorly.  These subjects selected a plan that was, on average, $888 more expensive than it needed to be based on their expectations of medical use. (This equates to about 16 percent of the cost of a typical premium.) Meanwhile, an earlier study, led by Eric Johnson at Columbia University, found that giving consumers more healthcare options on sites like healthcare.gov dramatically decreased their ability to find the best plan. In fact, even offering people a modest degree of choice meant that nearly 80 percent of them picked suboptimally.

As a behavioral economist, this news doesn’t really surprise me. Health insurance is an incredibly complicated subject. (One study conducted by Lowenstein and colleagues found that only 14 percent of subjects were able to correctly answer questions about the basic concepts of health insurance, such as deductibles and co-insurance.) The end result is that, unless consumers are given effective decision-aids, they will be unable to choose the plan that best fits their medical needs.

To help you understand one common mistake made by health insurance shoppers, I’m going to offer you two different plans. Please pick the one you’d prefer:

If you’re like most people, you picked Plan A. It probably seemed like the more responsible and less risky option, since it came with a deductible that was 33 percent lower. However, choosing a low deductible plan is often the incorrect choice, since low deductibles require higher monthly premiums. If you never got sick, then Plan B is obviously the better choice, since you wouldn’t have to worry about the higher deductible. (You’d only pay $1,200 in premiums.) However, even if you did get sick and used up your entire deductible, Plan B is still the best choice. (You’d pay $2,700 instead of $2,800.) This means that, no matter what happens to you, the lower premium plan is the smarter option, at least in the above scenario.

Alas, the current design of healthcare.gov is not helping people avoid this costly error. It might even be making things worse. In the research with Bhargava and Loewenstein, we tested the decision aids used by healthcare.gov. On the website, each insurance plan is assigned one of four metal labels -- bronze, silver, gold or platinum -- depending on the percentage of healthcare costs covered. To test the effectiveness of this design, we asked several hundred subjects about their medical history and expected medical usage in the near future. Then, we asked them to choose a health insurance plan using the healthcare.gov layout. According to our data, the metal labels failed to improve outcomes, as the average subject chose a plan that was way too expensive. (This mistake cost them, on average, an amount equivalent to roughly 3 percent of their income.) In fact, people made worse decisions using the metal labels than they did when the plans were given generic names, such as Plan A and Plan B.

How can we fix the situation? Let’s start with the essential problem faced by healthcare.gov and so many other popular websites: choice overload. According to the government, the average shopper using an insurance marketplace was offered 47 different plans, each of which differed in countless ways.

The question, of course, is how we can help people winnow down these huge choice sets to a more manageable size. One strategy we’ve explored with health insurance is the use of easy-to-understand categories. In our online experiments, we found that we could significantly improve health insurance choices – saving people more than $300 on average – by sorting plans according to a subject’s expected medical usage. For instance, instead of applying metal labels to the plans, we referred to them as Low Medical Use, Medium Medical Use or High Medical Use plans. Selection could potentially be further improved by adding categories that allow consumers to filter options according to their priorities, such as average wait time or the availability of private hospital rooms. (I would try to avoid categories, such as the size of the health network, that often lead to higher expenses but have not been shown to improve health outcomes.)

Of course, this will still leave most people with a choice set that’s too large, at least given what we know about the information processing limitations of the human mind. To help consumers select among the remaining alternatives, I think we should utilize a decision-aid called a choice tournament, which is uniquely suited for the online world. Pioneered by the economist Tibor Besedes, choice tournaments are modeled on sporting events like Wimbledon or March Madness, in which a large group of entrants is whittled down to a single winner over a series of discrete rounds.

In one experiment, Besedes offered people 16 options to choose from. When he gave them all of these options at the same time, the choice proved overwhelming; only 23 percent of people were able to select the best one. However, when he divided those same 16 options into four different rounds, with a final round consisting of the previously selected alternatives, subjects were able to successfully locate the ideal alternative 48 percent of the time. In other words, the tournament more than doubled their ability to make the best choice.

I think healthcare.gov could benefit from a similar strategy. Once people have used smart categories to narrow down their options, they would then be launched into a choice tournament. Each remaining plan would be randomly assigned to one of several different rounds, with people picking their preferred plan in each round. Because these decisions contain a manageable amount of information, people should be better able to handle the basic tradeoffs of insurance.

There is a larger lesson here. The challenge of choice in the digital world – a world in which there are endless options and extremely limited attention - requires us to help people in new ways. It doesn’t matter if we’re picking cereal or insurance, shoes or mutual funds: we should experiment with online tools and nudges that minimize our errors and maximize our strengths. Given the scale of the Web, even simple tweaks, such as refining the use of categories on healthcare.gov, can significantly improve the decisions of millions of Americans. We can choose to choose better.

Shlomo Benartzi and Jonah Lehrer are the authors of "The Smarter Screen: Surprising Ways to Influence and Improve Online Experience."

Shlomo Benartzi is a professor and co-chair of the Behavioral Decision-Making Group at UCLA’s Anderson School of Management. He is the author of "Save More Tomorrow" and "Thinking Smarter." He has extensive experience applying behavioral economic insights to the real world, having increased the saving rates of millions of Americans through his work with Richard Thaler on "Save More Tomorrow," and has advised many government agencies and businesses.

Jonah Lehrer is a science writer living in Los Angeles.