The hard truth about the softest mineral: Talc is littered with stray asbestos

Lawsuits have long fingered talc for asbestos-related illnesses. Lax FDA regulation may be the true culprit 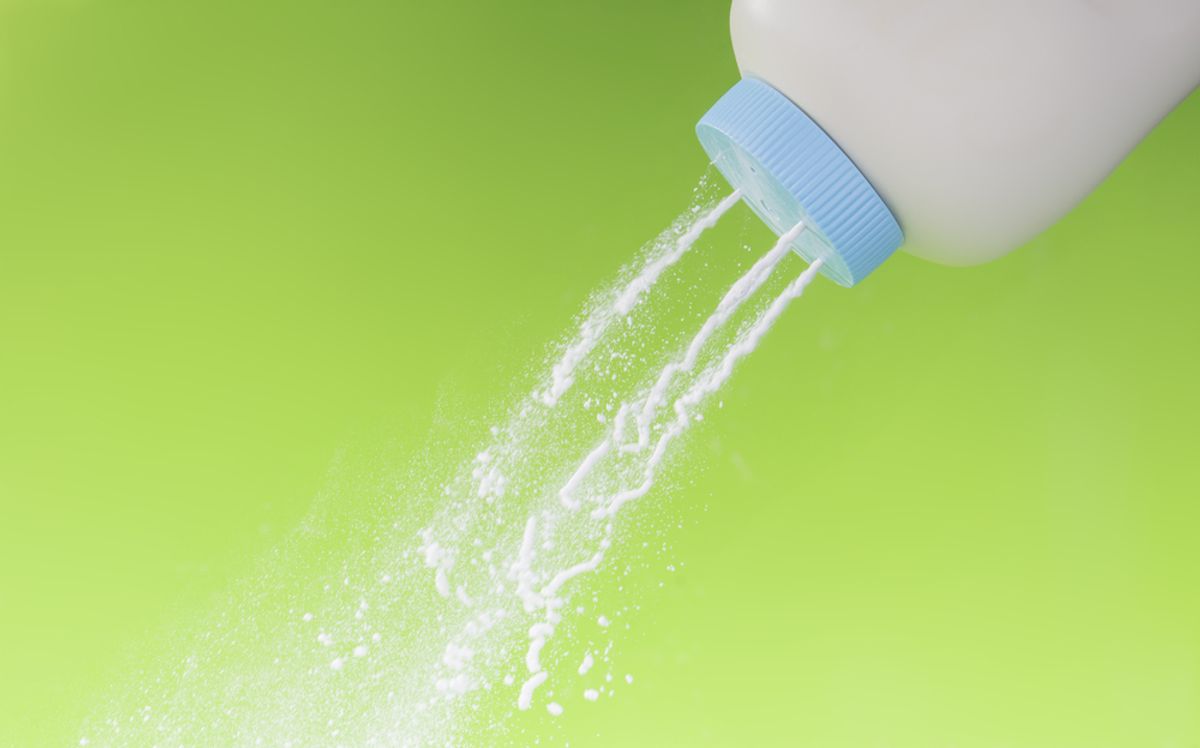 We use talc in many up close and personal ways: to powder babies’ bottoms, as an ingredient in cosmetics, a filler in capsules and pills–even as a food additive. In a world of ominous, unpronounceable chemicals, could anything be less scary than talc?

Yet talc, the softest known mineral, is dug from the ground, where it can keep bad company. Talc is sometimes interlaced with asbestos, which can cause fatal diseases in those who inhale its microscopic, lung-scarring fibers.

In an unsettling reminder, recent tests found stray asbestos from contaminated talc in some Chinese-made toy fingerprint kits and crayon sets. A burst of lawsuits blaming asbestos illnesses on exposure to contaminated talc powder decades ago has also highlighted the issue. Internal records reviewed by FairWarning show that officials of the U.S. Food and Drug Administration have long been concerned about potential asbestos contamination of cosmetic talc, but have left it to the industry to monitor itself.

Only the purest grades of talc are supposed to go into cosmetics, pharmaceuticals and food. Manufacturers say they only use talc with no detectable asbestos.

But it’s possible to declare talc asbestos-free simply by not looking hard enough, according to experts. They say the standard tests are outdated and not rigorous enough to detect asbestos at low but potentially hazardous levels. In an email to the FDA back in 2001, a senior executive with Luzenac, a leading talc supplier, said “I think we all recognize’’ that the standard methods still in use today “are simply not sensitive enough to provide complete assurance that the talc is free of detectable asbestos.”

“We have found in the past that, yes, indeed, there can be…asbestos in these products,” said Frank Ehrenfeld III, vice president of International Asbestos Testing Laboratories in Mount Laurel, N.J., and chairman of the ASTM panel.

Some suppliers and manufacturers say they go beyond the standard tests to ensure their talc is safe. “If an area sought be mined shows the presence of asbestiform mineral, that area isn’t mined,” said Barretts Minerals, a unit of Minerals Technologies Inc. and a major talc supplier from mines in Montana, in a written statement. Then “more robust and state-of-the-art testing is performed” at the company’s lab.

However, large volumes of imported talc flow into the U.S. from countries not known for safety regulation. According to the U.S. Geological Survey, China and Pakistan are two of the biggest suppliers—together providing, on average, about 150,000 tons per year. As with most other imports, no government agency keeps track of who buys the talc, or how it is used.

Over the years, workplace exposure to contaminated industrial-grade talc has been blamed for cases of mesothelioma — a deadly cancer predominantly caused by asbestos — in some talc miners and factory workers. But recently lawsuits by some mesothelioma victims assert that they contracted the disease from breathing asbestos fibers through regular use of contaminated talc powder, mostly in the 1960s and 1970s.

The main target has been Colgate-Palmolive Co. and the Cashmere Bouquet powder it produced for more than 100 years before selling the brand in 1995.

Laboratory tests in the 1970s found asbestos in samples of Cashmere Bouquet, though Colgate has disputed those results. But a study published last fall reported finding asbestos fibers in about 50 containers of Cashmere Bouquet produced over several decades. Researchers also conducted air tests and concluded that people could have inhaled asbestos when they sprinkled on the powder.

Colgate says the powder was harmless, and that mineral particles found in Cashmere Bouquet were mischaracterized as asbestos fibers. In fact, the company contends, the particles were “cleavage fragments,’’ or non-fibrous chunks that are less likely to be inhaled, lodge in the lungs and cause disease. According to a court filing by Colgate, asbestos exposure, if any, “was so minimal as to be insufficient to support any finding that the exposure caused’’ mesothelioma.

But in April, the jury in a Los Angeles case didn’t buy the company’s argument. At Colgate’s request, the judge refused to allow the Cashmere Bouquet test results into evidence, reasoning that there was no assurance the samples, when tested, were in their original condition. Even so, based on evidence of asbestos at three mines that had supplied Colgate’s talc, the jury ordered the company to pay $12.4 million in damages to the 73-year old plaintiff, Judith Winkel.

Before jurors could consider tacking on punitive damages, lawyers for Colgate and Winkel reached a confidential settlement. Since then, the company has quietly settled three more mesothelioma cases in North Carolina and Delaware.

According to Colgate’s July 30 quarterly report, the company faces 23 additional talc-asbestos lawsuits in California, New York, New Jersey, Illinois, Maryland, South Carolina, Delaware, Wisconsin and the District of Columbia. Twenty-one other cases have ended in dismissals or defense judgments. Despite settling some cases, the report said, Colgate and its lawyers “believe these cases are without merit and intend to challenge them vigorously.”

(Talc itself — even without asbestos — also is the focus of litigation. Based on studies showing statistical links between ovarian cancer and use of talc powder for feminine hygiene, Johnson & Johnson is facing hundreds of ovarian cancer lawsuits. The lawsuits do not contend that the talc was tainted by asbestos. Johnson & Johnson has denied the claims.)

The Colgate cases echo an asbestos scare in the 1970s, when researchers at New York University and Mount Sinai Hospital separately found asbestos minerals in many popular powders — triggering alarming news reports and a struggle by cosmetic makers and the Food and Drug Administration to manage the fallout.

The FDA is responsible for regulating cosmetics, but its authority is limited. Cosmetics makers don’t have to prove that products or specific ingredients are safe before putting them on the market. The onus is on the FDA to prove harm to the public before products can be ordered off the shelves.

A March, 1976 FDA memo, among records obtained by FairWarning under the Freedom of information Act, charged that cosmetics makers had been lax in monitoring the safety of talc supplies.

The “situation does not offer much assurance that cosmetic talcs are adequately tested for asbestos,” the memo said. “If this is all that can be expected from the cosmetic industry…, we have not much choice but to move ahead as speedily as possible with a proposal of a regulation on asbestos in talc.”

However, in a quick about-face, the agency decided that the industry could be left to regulate itself. Its top trade group, the Cosmetic, Toiletry, and Fragrance Association (now called the Personal Care Products Council), established a screening test that it said could detect most types of asbestos at concentrations as low as 0.5 percent. Council officials did not respond to interview requests.

Concerns persisted within the FDA. Agency records show that in 1994 and again in 2001, FDA officials proposed to test cosmetic talc products for possible asbestos contamination–but for some reason did not follow through. An agency spokesman said information on why the surveys were scrapped was not ‘’immediately available.’’

The idea was revived in 2009, when South Korean authorities recalled a dozen baby powder products and hundreds of medicines that they said were produced with asbestos-contaminated Chinese talc.

In response, the FDA conducted a survey in 2009 and 2010—buying and testing 34 talc products, including eye shadow, blush and powders, from stores in the Washington, D.C. area. The agency also requested samples of raw talc from nine suppliers. Strikingly, only four complied. Agency officials would not discuss what steps were taken, if any, to get samples from the other five suppliers.

No asbestos was found in any of the products or raw talc, the agency reported. “The results were limited, however, by the fact that only four talc suppliers submitted samples and by the number of products tested,’’ the FDA said.

Accordingly, the agency said, the results “do not prove that most or all talc or talc-containing cosmetic products currently marketed in the United State are likely to be free of asbestos contamination.’’

The FDA then asked the U.S. Pharmacopeail Convention, or USP, to revise its test methods for screening talc for asbestos. Though most people have never heard of USP, the scientific nonprofit sets standards enforceable by the FDA for the quality and purity of drugs, food and dietary supplements.

FDA officials refused to be interviewed about their request for tougher tests. But in a written statement, they said current methods “have insufficient sensitivity to detect asbestos and cannot provide the highest possible level of confidence when used by suppliers of talc to certify ‘absence of asbestos.’”

In an article last year, an expert panel created by USP endorsed the call for tougher screening. One currently used test, called X-ray diffraction, can allow asbestos concentrations as high as 2 percent to go undetected. Yet, the article noted, levels “well below 1 percent asbestos by weight…can generate potentially hazardous exposures.’’

“This issue..may be particularly relevant for the talc used in powders and cosmetics,’’ the article said.

New tests are likely to require use of transmission electron microscopy, a state-of-the-art technique that uses electron beams to produce extremely high magnification of tiny particles.

“There is no safe level of asbestos,’’ said Dr. Kevin Moore, a senior official at USP, “so…we’re identifying methods that give us assurance that we’re controlling it to an adequate extent.’’

However, panel members—who are drawn from industry, public health agencies and testing labs—are volunteers. That, and the need for consensus from disparate groups, means the going is slow. There is no timetable for completing new standards.