The Ashley Madison hack revealed more than names: What we still get wrong about cheating, lying, privacy and marriage

Getting caught is something that every cheater signs up for, for starters 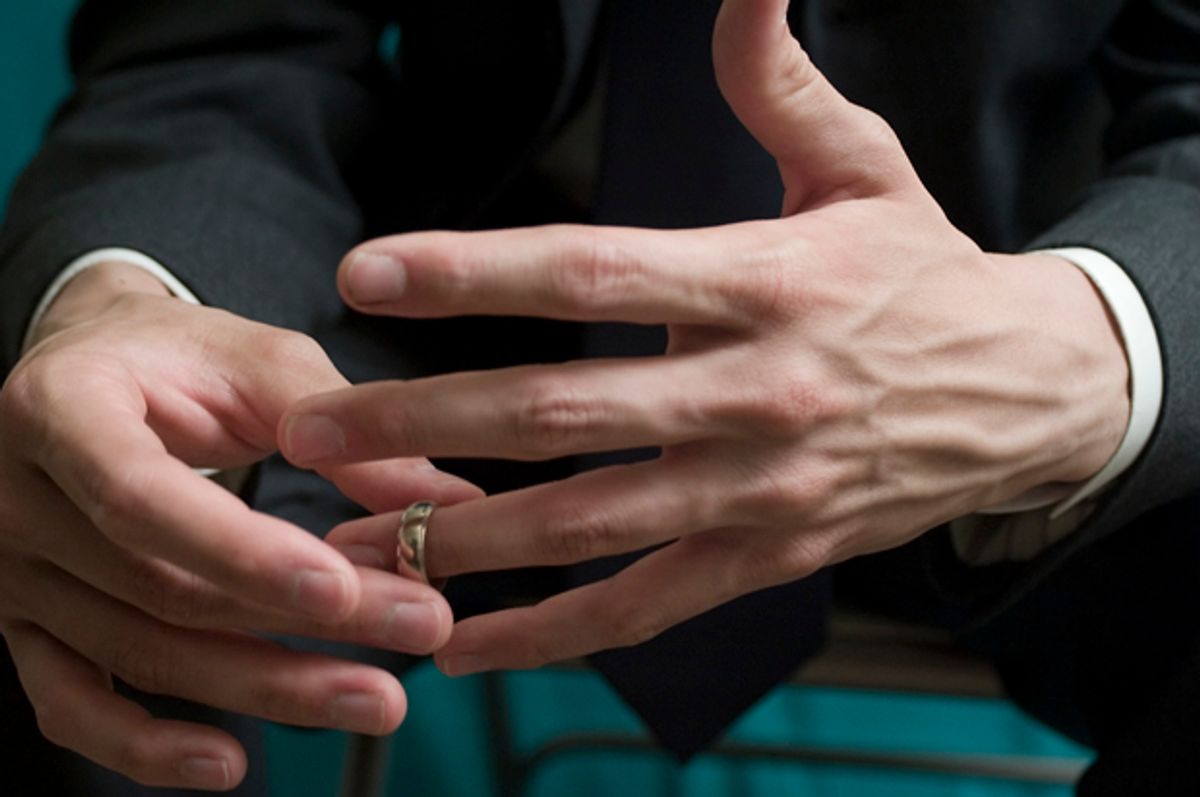 For the last two months, I’ve been closely following the Ashley Madison hack coverage. And I’ve been shocked and fascinated to notice that amid all the punditry over whether it was right for a thief to claim moral high ground over cheaters like some sort of relationships Robin Hood, there were some fundamental misunderstandings about relationships.

I would even go so far as to say that our misunderstandings about relationships, as a culture, have led to such a high preponderance of cheating.

Here are just a few of them:

Misconception No. 1: The Ashley Madison hack destroyed millions of relationships.

Nothing could be further from the truth. The hack didn’t end any relationships. Those relationships ended the moment someone snuck behind a partner’s back and joined the website. That was the actual rupture in the relationship. From that point forward, until both partners found out the truth, they were each living in different realities. The leak— however right- or wrong-headed it may have been—repaired the rupture, and gave couples a chance to resume their relationship.

Misconception No. 2: But while cheating is wrong, so is invading someone’s privacy. Their freedom of choice in their private lives was taken away from them.

This is kind of like saying that we should not investigate murderers. They should have the option of confessing or not confessing on their own when they’re ready.

Obviously, it’s rare for cheaters to choose of their own free will to tell their partner what they’ve done. Typically, either they get caught—or they know they‘re about to be caught, so they confess. So whether it was a hack, a suspicious partner snooping through their computer, or an affair partner blowing the whistle, their privacy was still likely going to be invaded.

Getting caught is something that everyone signs up for when they start cheating, just as they sign up for losing when they buy a lottery ticket.

It just happened this time in a way they didn’t expect.

As for whether it’s OK for other people to know about it, or the consequences for those living in other countries where adultery is criminalized, that also was a risk they signed up for the moment they joined and gave their credit card number to Ashley Madison, leaving a technological slime trail behind for anyone to discover.

Misconception No. 3: But not everyone on Ashley Madison was cheating. Some people just joined and never used it. Others may have been in open relationships.

The but-I-never-used-it excuse is no excuse. Anything you do behind your partner’s back that you don't tell them because it would upset them if you did, is cheating. The only real people on Ashley Madison who didn’t cheat are either those who weren’t in relationships when they joined or those who did it with full disclosure to—or in collaboration with—their partners.

There’s a concept called defensive grandiosity, which is when, to ward off a feeling of shame or powerlessness, we do something to reassert our sense of power or value. So even if someone just signed up as an unconscious fuck-you to a partner one night, unless they told them about it, they still created a rift in the relationship and have issues that need to be resolved.

Misconception No. 4: If you checked the data dump and didn’t find your partner there, it’s a good sign.

No, it isn’t. It’s a horrible sign. If you have to investigate your partner, then you are in an unhealthy relationship. In fact, by the previously mentioned definition, you’re actually cheating if you’re doing it behind their back.

Because there are only three possible outcomes to searching for a loved one: Your partner is breaking your trust, you have trust issues, or both are true and symbiotically connected in one grand dysfunctional relationship.

So if you checked the data, no matter what you found, you need to have a serious discussion with yourself, and then with your partner.

Misconception No. 5: It was mostly men on Ashley Madison because it’s mostly men who cheat.

Some of the old tropes about gender differences need to die, along with the evolutionary theories used to justify them. Don’t take my word for it. Take the Kinsey Institute’s: “Early studies reportedly found that men engaged in infidelity more than women (Wiederman, 1997). However, more recent research seems to suggest that the gender gap is narrowing (Barta & Kiene, 2005; Burdette, Ellison, Sherkat, & Gore, 2007) and when transgressions other than intercourse (e.g., emotional connection, kissing) are taken into account, women report as many acts of infidelity as men (Allen et al., 2005; Treas & Giesen, 2000).”

Misconception No. 6: This is because monogamy is not natural.

Do you know what’s not natural? Basing your behavior on a scientific theory. Science also says violence is natural. But that doesn’t mean you should embrace it.

Monogamy is simply a choice. It’s right for some people and not right for others. Fortunately, we are living in a new era of relationships, in which monogamy is not a necessary prerequisite for commitment. As Stephanie Coontz, one of the world’s leading experts on the history of marriage, told me in an interview for my book "The Truth: An Uncomfortable Book About Relationships," the old package-deal of marriage is disappearing and now it’s “literally pick and choose. Cut and paste the kind of life you want.”

So you can negotiate any relationship you want with your partner, and you can even renegotiate it if it’s not working. If more people simply asked for what they wanted in a relationship, rather than submitting to something they’re not comfortable with because they’re scared of losing the other person, websites like Ashley Madison wouldn’t exist.

Misconception No. 7: This is the biggest threat to privacy yet.

Internet service providers, cellular service providers, employers and most search engines, toolbars and other nosey software and websites all keep records. So privacy has long been dead. Anyone who’s received a stern warning from their ISP after using BitTorrent certainly knows this. Even when using Hotspot Shield or Tor, there’s no such thing as complete privacy and anonymity.

So what the hack actually heralds is the end of compartmentalization.

It used to be that we could live double lives. We could say one thing while doing another. We could put shameful activities in a sealed area of our brain and our lives, where they’d remain safely hidden, often from our own intelligence and conscience.

But technology has changed this. Our secret lives are no longer secret if acted out online. They are stored and easily accessible.

So cheating in a relationship is just a time bomb waiting to go off. Even if you manage to keep it all technology-free, we are living in a world of security cameras, baby monitors, dashboard cams and escalating video coverage.

This calls for a solution that doesn’t appear to have been implemented in the entire history of human civilization: We need to be honest with our partners.

Total transparency may lead to discomfort initially, but if you’re with the right partner, it will ultimately lead to freedom and safety for everyone involved—and, most important, intimacy. It doesn’t mean you’ll get to do whatever you want, because what you’re holding back may not necessarily be healthy for you or the relationship. But at least you’ll finally be in a relationship.

So ultimately, what happened last month was that millions of people were given the opportunity to be intimate again.

They may not have all been given the choice to do so, but it’s a good choice to have.