"The consequences are real," he wrote, "climate change is much bigger than partisan politics" 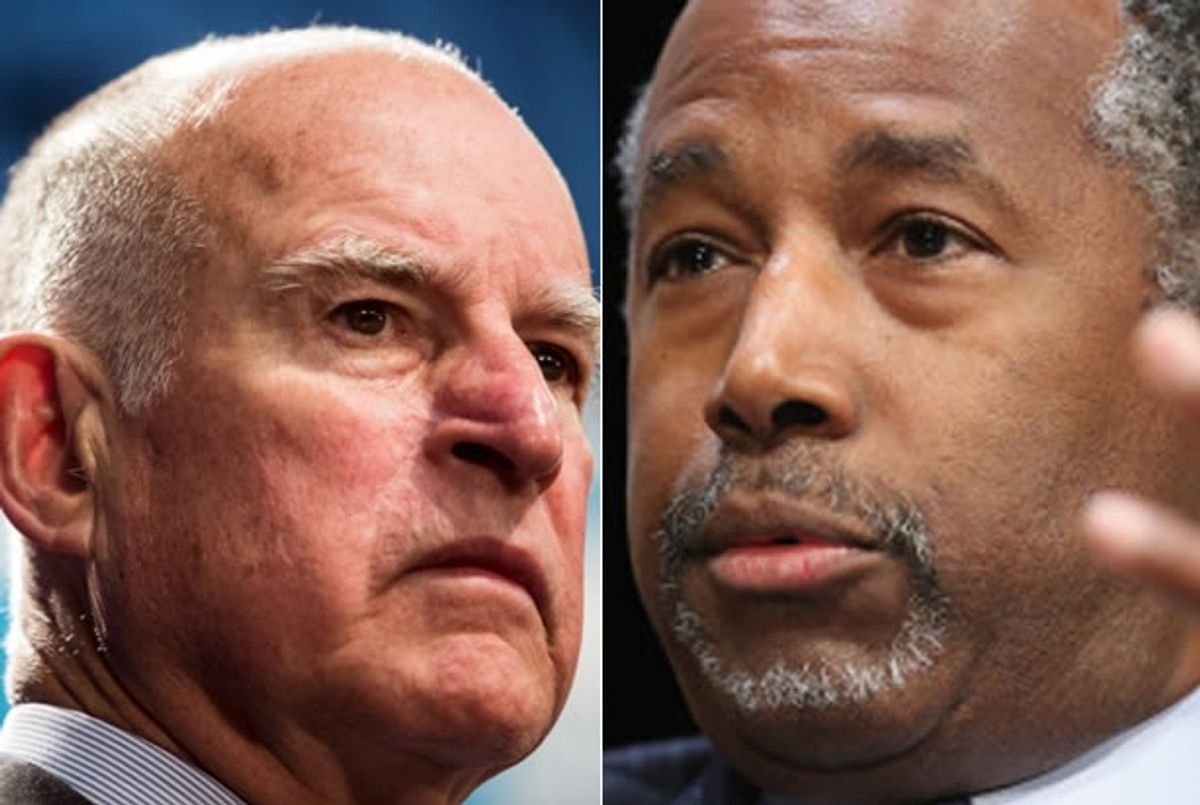 California Governor Jerry Brown chided Republican presidential hopeful Ben Carson over the weekend for statements he made regarding climate change.

"I hope you've enjoyed your visit to the Golden State," he began, before noting that Carson recently said:

That, evidently, is something that Governor Brown isn't willing to do, as he included with his letter a flash drive "with the complete United Nations Intergovernmental Panel on Climate Change (IPCC) 'Synthesis Report,'" which "assessed over 30,000 scientific papers and was written by more than 800 scientists, representing 80 countries around the world, who definitively concluded that 'human influence on the climate system is clear and growing, with impacts observed across all continents and oceans."

The governor added that "[t]his is just one of thousands of reports authored by the world's top scientists on the subject," and that "[t]hese aren't just words," because "[t]he consequences are real."

"Climate change is much bigger that partisan politics," Brown concluded.

Read the entire letter below via the California governor's official press office on Twitter: