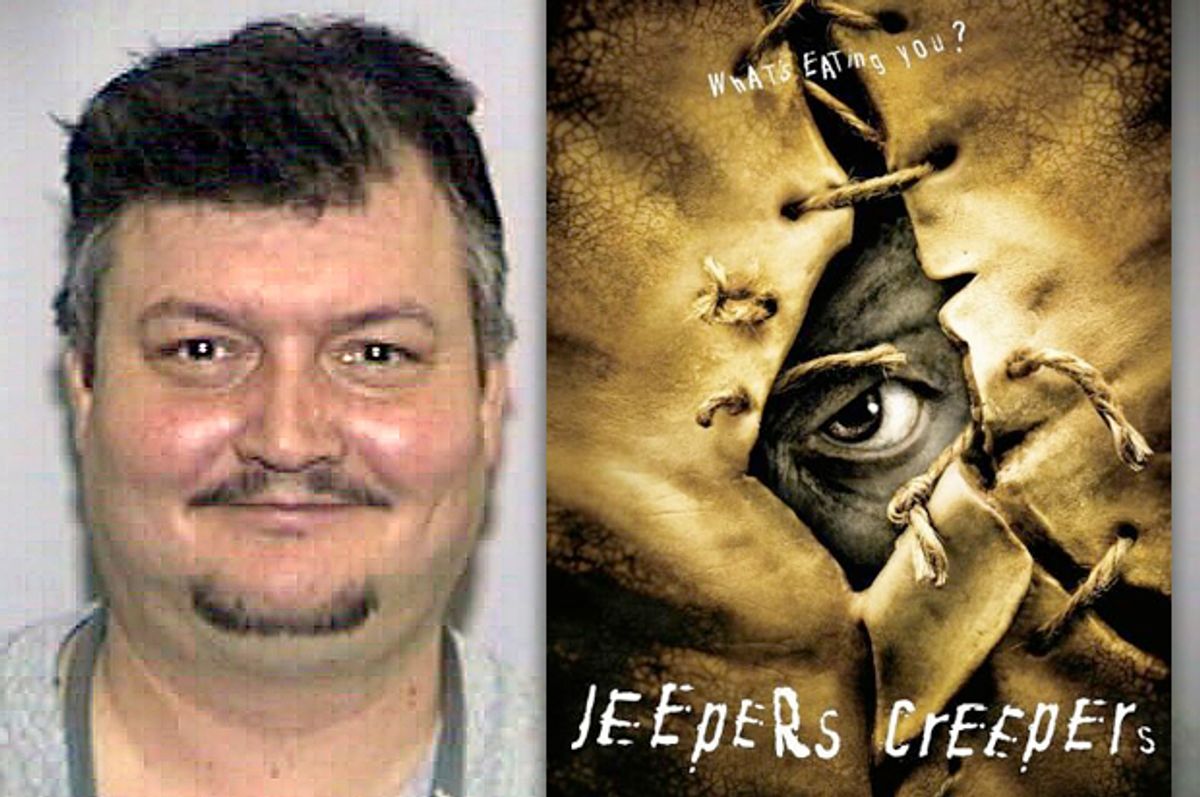 You may not know the name Victor Salva, but if you’re a fan of horror movies the chances are good you’ve seen one of his most famous films: “Jeepers Creepers,” the 2001 sleeper hit about a winged monster in the Nebraska countryside who goes on a killing spree every 23 years to replenish his internal organs. Considering that it spawned a successful sequel in 2003, it was only a matter of time before a studio decided to produce a third installment. According to an announcement last week, legendary director Francis Ford Coppola (of “The Godfather” fame) plans on joining forces with Myriad Pictures to do precisely that.

That makes this as good a time as any to discuss the fact that Salva is a registered sex offender.

The story is as simple as it is reprehensible: Back when Salva was making his first feature film, a 1989 horror flick called "Clownhouse," he kept 12-year-old star Nathan Forrest Winters for extra rehearsals during which Salva forced the young actor to give and receive oral sex, all the while recording the sessions for his private child pornography collection. After serving 15 months of a three-year sentence in prison, Salva was released and slowly climbed his way back up the Hollywood ladder. He never entirely escaped his sordid past — it caused controversy when Disney released another one of his cult classics, the science-fiction parable "Powder" — but ultimately has managed to carve out a modestly successful career in spite of it.

What lessons can we learn from this?

First and foremost, we must recognize that there is a systemic problem of sexual exploitation in show business. In his memoirs on being one of the world’s biggest child stars in the ‘80s, Corey Feldman described how pedophiles and other sexual predators were rampant in Hollywood when he was growing up and are likely as bad or worse today. The nearly 50 separate allegations against Bill Cosby for sexual abuse further underscore that point, illustrating how powerful entertainment figures can allegedly commit heinous crimes and get away with it for years and years. And if they are held in particularly high artistic regard, they’ll even find scores of apologists — just look at Roman Polanski, who fled the country after being convicted of raping a 13-year-old girl, or Woody Allen, who continued to be a fixture at awards ceremonies despite accusations of molestation made against him by his adoptive daughter, Dylan Farrow.

But we need to hold entertainers who have paid their debt to society to a different standard than the ones, like Polanski who has avoided extradition to serve time for his crime, who have avoided accountability. This has less to do with “forgiving” them for their crimes (true forgiveness can only come from their victims and, if one believes in such things, from God) than it does with making sure bad precedents don’t continue to be set. For instance, although both Salva and Polanski committed comparable crimes, only Salva actually spent time behind bars for what he did. This doesn’t make Salva any less of an awful person, but if we fail to distinguish between wrongdoers who pay their debt to society and those who don’t, we risk encouraging the idea that such distinctions are meaningless. Once someone has been punished in our judicial system (and although Salva, a first-time offender, was released early), our social contract argues that they at least deserve a chance to rehabilitate themselves. That benefit cannot in good conscience be extended to those who haven’t even gone through our penal system.

Does this mean horror film aficionados should feel compelled to overlook Salva’s past? Of course not. Regardless of whether he went to prison or not, Salva still ruined lives in order to indulge a perversion that has been rightly stigmatized by society. The point here is not that Salva should be considered redeemed or forgiven, but rather that if entertainment consumers are expected to move past convicted crimes, the offender must at the very least have undergone the rudimentary process of receiving social sanction and legal punishment.

Indeed, this is what separates criminals like Salva from public entertainers whose controversies merely surround bigoted or other unsavory views. Even though Tom Cruise and plenty of other celebrities are advocates for Scientology, an institution accused of many abuses, none of them (to the best of our knowledge) has actively caused heinous harm to other people. Consequently, there is a crucial difference between deciding to enjoy “Braveheart” despite Mel Gibson’s anti-Semitism or enjoying a "Seinfeld" rerun despite Michael Richards' racist rant, and, say, watching “Clownhouse” despite Salva’s pedophilia — the former entails separating personal views from an artistic sensibility, while the latter involves implicitly condoning a crime that was entwined with the act of artistic creation itself.

Personally, despite enjoying the first two “Jeepers Creepers” movies (which I saw before I knew about Salva’s background), I don’t think I can bring myself to watch “Jeepers Creepers 3.” Although I’m sure it will be good, I know too many people who were victimized as children by predators like Salva for me to be able to support someone like him in good conscience. That said, this is a purely individual decision for me, and I fully acknowledge that others may come to different conclusions for their own reasons. My only hope is that when they do so, it is with a full and deep understanding of the true stakes involved.