When a sex worker is raped, it's rape — not "theft of services" 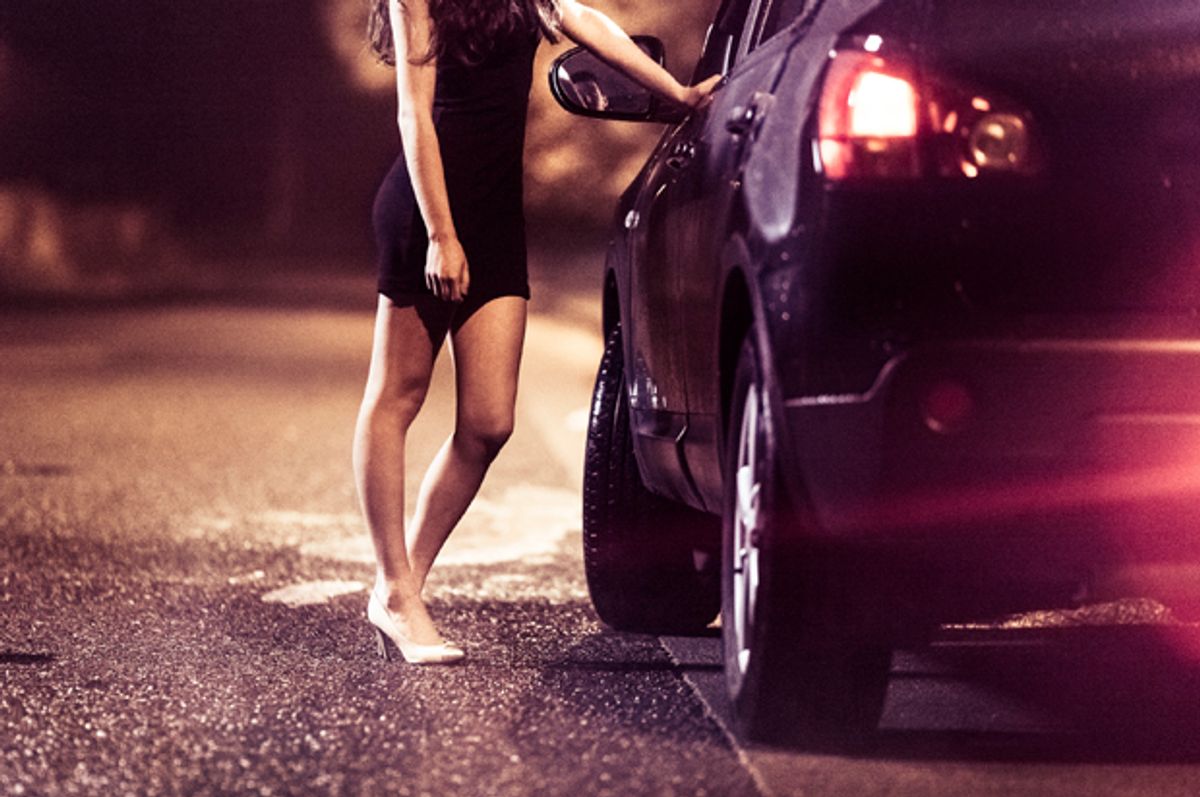 Let's just cut to the chase here and make this as clear as possible: Forced sexual contact is rape. It's just that simple. And I am really sick and tired of hearing stories in which the question of whether someone was raped or not comes down to a value judgment about the alleged victim instead of the alleged rapist. Or to put it another way, yes, Virginia, prostitutes get raped too.

In an enragingly offensive piece for the Chicago Sun-Times, columnist and editorial board member Mary Mitchell this weekend explored the recent story of Roy Akins, a 29 year-old local man who has been charged with raping a woman in his home at gunpoint. After the alleged assault, the woman called 911 and went to a nearby hospital. Akins, who the Chicago Sun-Times reports "has several other convictions for drugs, burglary and possession of a stolen motor vehicle," reportedly texted the woman repeatedly to apologize, and "admitted to detectives" what he did to her. He is being held on $750,000 bail for aggravated criminal sexual assault. Sounds pretty open and shut. But wait, the woman was a prostitute, and she'd come to the house because she's been promised $180 for sex.

As Mitchell puts it, this whole criminal assault thing is "making a mockery of rape victims." She goes on to write in amazement, "I imagine most prostitutes in this situation would have run straight to a pimp. But after leaving Akins’ home in the 1100 block of North Lawler, the unidentified 24-year-old woman called the police."

She's probably correct that what the woman did was unexpected. Though statistics are difficult to obtain, a 2002 report on Chicago area sex workers found between 32 and 38 percent of prostitutes said they'd been sexually assaulted. Mitchell says, "Unfortunately, the way this case is being handled makes it look like sex trafficking is a legitimate business. I’m not one of those women who believe rape victims are at fault because they dressed too provocatively or misled some randy guy into thinking it was his lucky night. But when you agree to meet a strange man in a strange place for the purpose of having strange sex for money, you are putting yourself at risk for harm."

I don't even know what "strange sex" means, but I'll tell you this much — if you pull a gun on a person and force yourself on her, it's rape. If there's no consent, it's rape.

Mitchell goes on to explain that "It’s tough to see this unidentified prostitute as a victim. And because this incident is being charged as a criminal sexual assault — when it’s actually more like theft of services — it minimizes the act of rape." Believe it or not, the "theft of services" argument has precedent. As Opposing Views reports, "In 2007, Philadelphia Municipal Court judge Teresa Carr Deni ruled that the rape of a sex worker was not actually rape, but rather 'theft of services.'" Deni said at the time that prosecuting sex worker clients "minimizes true rape cases and demeans women who are really raped."

Similarly, in her op-ed, Mitchell contrasts this recent assault to the violent home invasion rape of a 26 year-old Willowbrook woman earlier this month. See, that, to Mitchell, is a rape, because the victim there "did nothing to bring about this terrible, terrible ordeal."

Hey, guess what — the prostitute allegedly raped by Roy Akins did nothing to bring about her ordeal either. Consenting to sexual acts on your own terms — and that includes consenting to sexual acts for money — does not mean you forfeit your right to not consent, ever. And if you don't believe me, take a look at the Illinois criminal code, which you will note does not say anywhere, "Unless it's a prostitute, and then do whatever you want."

Mitchell says that "For law enforcement to put what happened to a Backpage.com prostitute on a par with rape victims like [the Willowbrook victim] is an insult."

But rape is not "minimized" and survivors are not "insulted" when we expand our understanding of the crime — in fact, it's just the opposite. The more we accept what rape really is, the better equipped we are to prevent it and punish it. And acknowledging that what matters in the crime is the behavior of the criminal — not the victim — potentially spares other people from enduring the same ordeal.

In 2010, New Yorker Kevin Rios was convicted of raping a Harlem babysitter at knifepoint. Four years earlier, when a sex worker told police that he'd robbed and raped her, saying, "You’re a hooker — I can kill you and no one would even care," police dismissed her claims.