Sarah Silverman pushes back against "creepy P.C. culture" backlash: "You have to listen to the college-aged, because they lead the revolution" 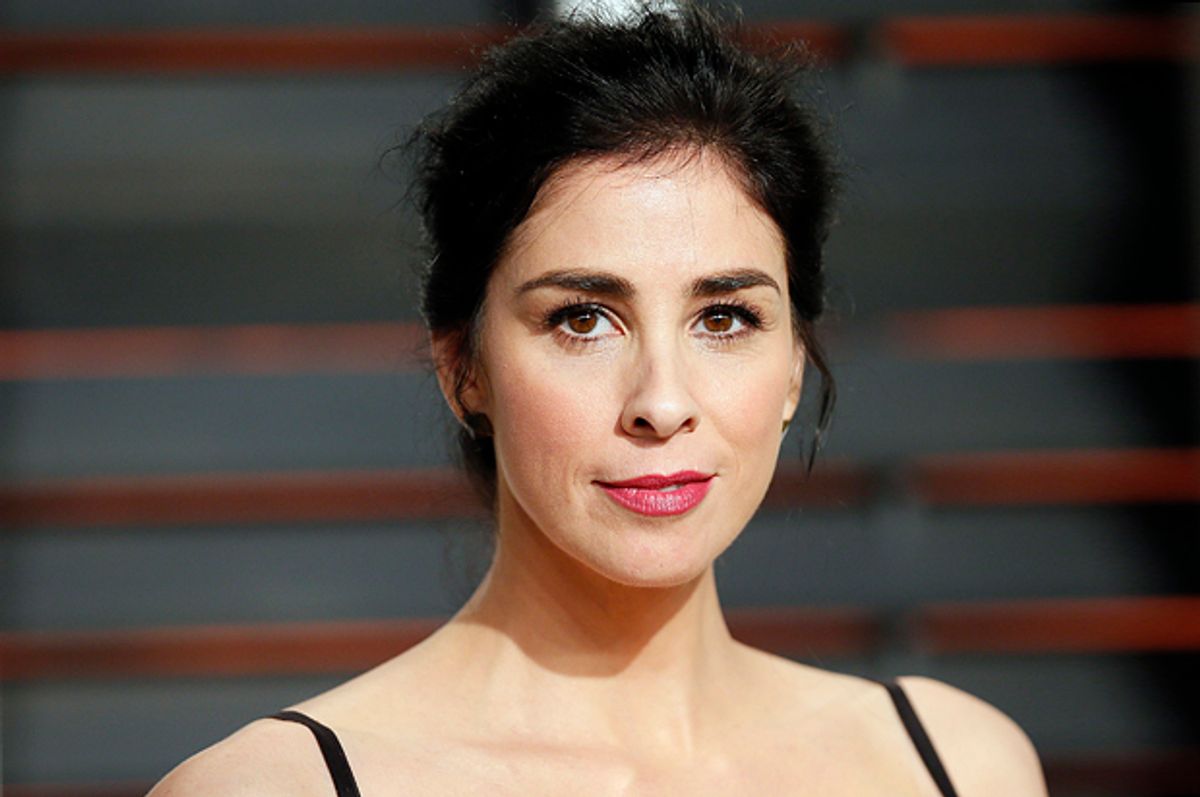 In a recent interview with Vanity Fair promoting her Toronto International Film Festival film "I Smile Back," Sarah Silverman addressed the issue raised by comics like Bill Maher and Jerry Seinfeld who accuse political correctness of ruining stand-up comedy.

“To a degree, everyone’s going to be offended by something, so you can’t just decide on your material based on not offending anyone,” she explained. “But, I do think it’s important, as a comedian, as a human, to change with the times. To change with new information… I think it’s a sign of being old when you’re put off by that.”

By way of illustration, Silverman spoke out about how she used to argue about being allowed to use the word "gay" as a pejorative term. “And then I stopped myself and said, 'what am I fighting?' I have become the guy from fifty years ago who says ‘I say colored, I have colored friends!’” She acknowledges that it wasn’t difficult to eradicate the term from her vocabulary. “I don’t even think about it, it didn’t take long to get used to it.”

Recently, many comics — mostly male comics, it should be noted — have accused political correctness of “killing comedy,” with Chris Rock saying he no longer plays colleges because they are too conservative and Jerry Seinfeld deriding “creepy” PC culture on campus. A recent Atlantic piece by Caitlin Flanagan went deep on this trend, writing about how college students today “can’t take a joke” and bemoaning “the infantalization of the American undergraduate.”

While Silverman acknowledged that the issue is a gray area for her, she ultimately rejects the thesis offered up by Flanagan and many of her peers. “It’s not hard to change with the times, and I think it’s important,” added Silverman. “And when you have new information and when you become more aware of the world around you, you can change.”

“You have to listen to the college-aged, because they lead the revolution,” she continued. “They’re pretty much always on the right side of history.”