Fox News' Brian Kilmeade: "I'm tired of the Pope — he should stay home" because America's "the wrong country" for him

Kilmeade, a practicing Catholic, says that the pope should get back to him once he's successfully "taken on Islam" 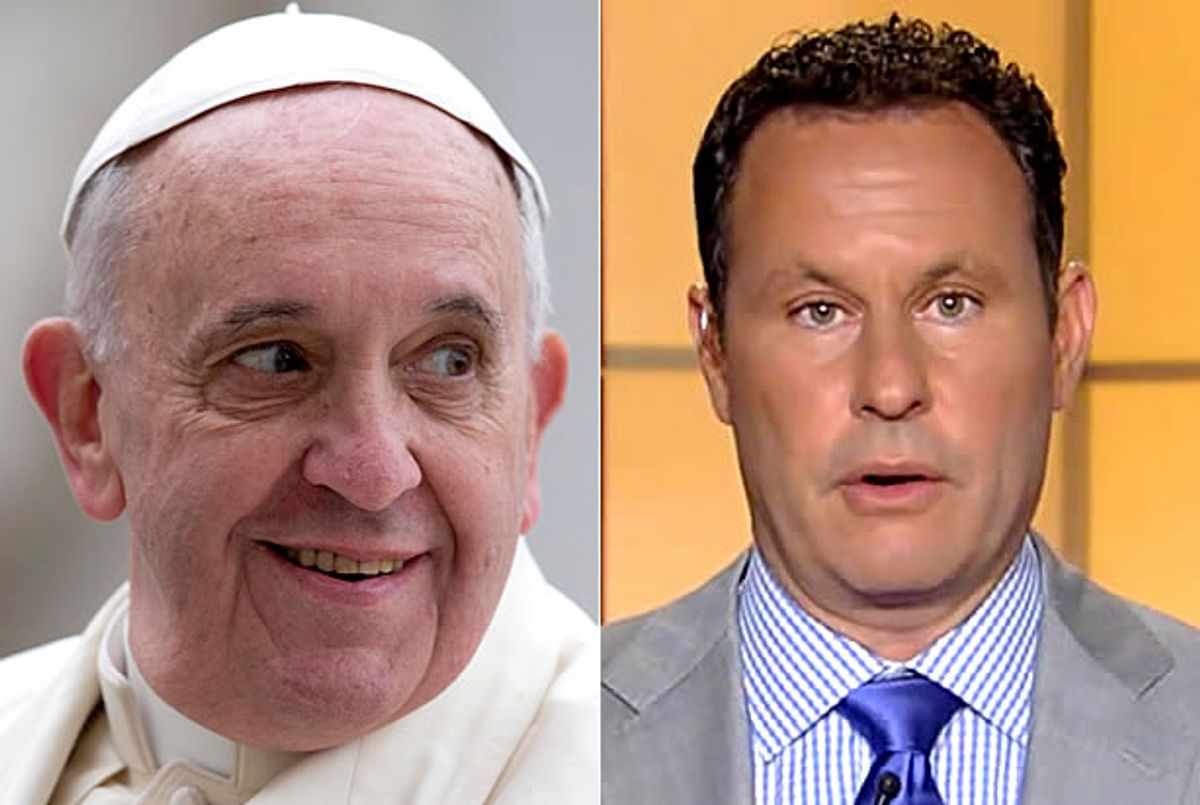 "I'm Catholic and he could stay home," Kilmeade said. "Some of his comments just have no place -- he's in the wrong country."

Fox News' Chris Wallace replied, "What does that mean, 'He's in the wrong country'?"

"He doesn't like capitalism," Kilmeade responded. Pope Francis has referred to capitalism as a "vampire" and "the new tyranny," and that apparently upset the "Fox & Friends" co-host, as he proceeded to rattle off a list of problems that he believes Pope Francis should be tackling.

"Take on Islam, then talk to me," said Kilmeade, who already probably never would have been interviewing the pope, but now most certainly won't be.

Wallace noted that "the preceding comments were those, and all emails should be sent to Brian Kilmeade," and that the likely story would be "Kilmeade, Brian, bashes pope."

"Tired of the pope," Kilmeade suggested.

Listen to his comments below via Media Matters.