The former Florida governor admitted he smoked pot 40 years ago, but defended his anti-drug record 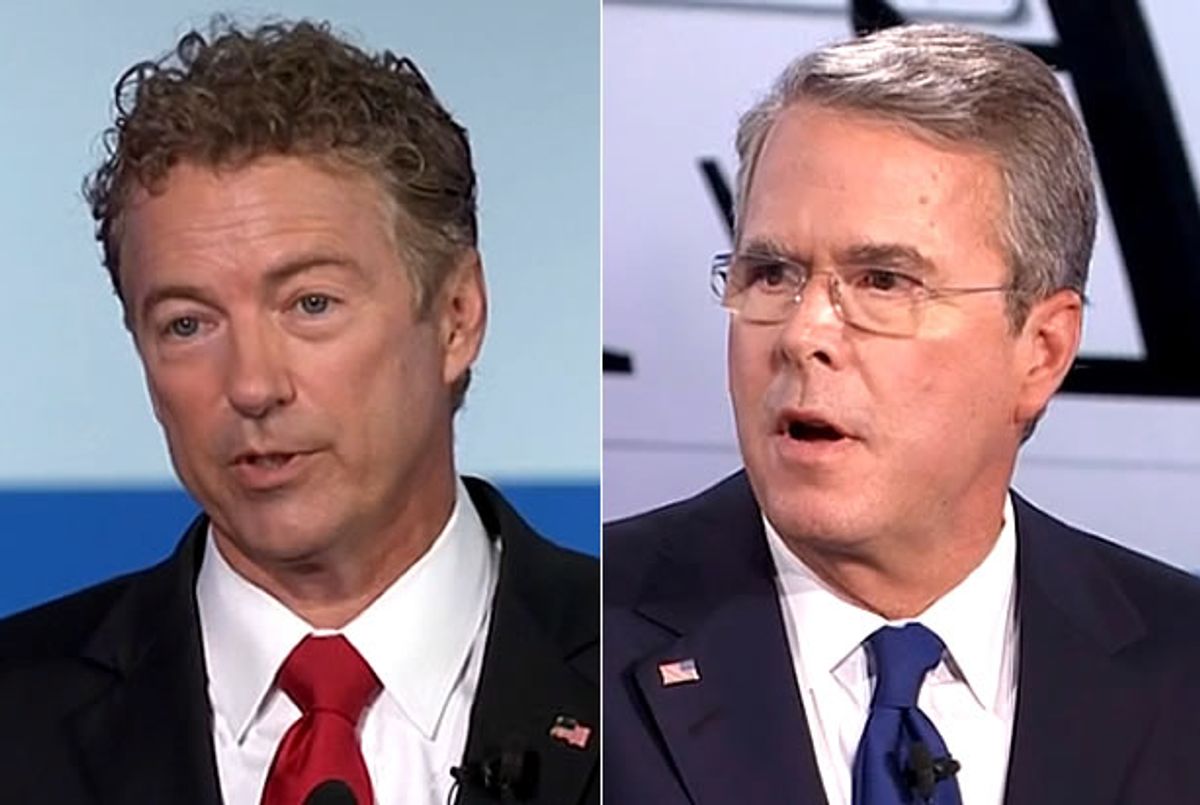 Kentucky Senator Rand Paul was asked whether he would, as president, enforce federal drug laws in states that have voted to legalize marijuana. True to his libertarian roots, he replied that unlike "a hypocrite" on "this stage," he would honor the Tenth Amendment and leave the matter up to the state.

He began by noting that "there's at least one prominent example of someone who's said he smoked marijuana in high school, and yet the people going to jail for this are poor people, African-Americans and Hispanics, and not the rich kids."

"We say we like the Tenth Amendment," he added, "until we start talking about this."

Paul noting that there is a racial component to the War on Drugs was a startling statement in the library of Ronald Reagan, the president whose wife was partly responsible for pushing draconian anti-drug policies. He continued, explaining that pointless drug laws disproportionately affect lower-income individuals. "Not only do the drugs damage them," he said, "but we damage them again by incarcerating them and causing them to be unable to find employment."

Tapper asked Paul to identify the "hypocrite" he mentioned sharing a stage with, to which he replied that "if we leave it open, we can find out how many of them smoked pot in high school."

But Jeb Bush confessed that it referred to him. "He was talking about me," Bush said, "So, forty years ago, I smoked marijuana. I'm sure other people have done it, but they don't want to admit it in front of 25 million people. My mom's not happy that I just did."