"Cosby: The Women Speak" destroys damaging myths about women who dare to speak out 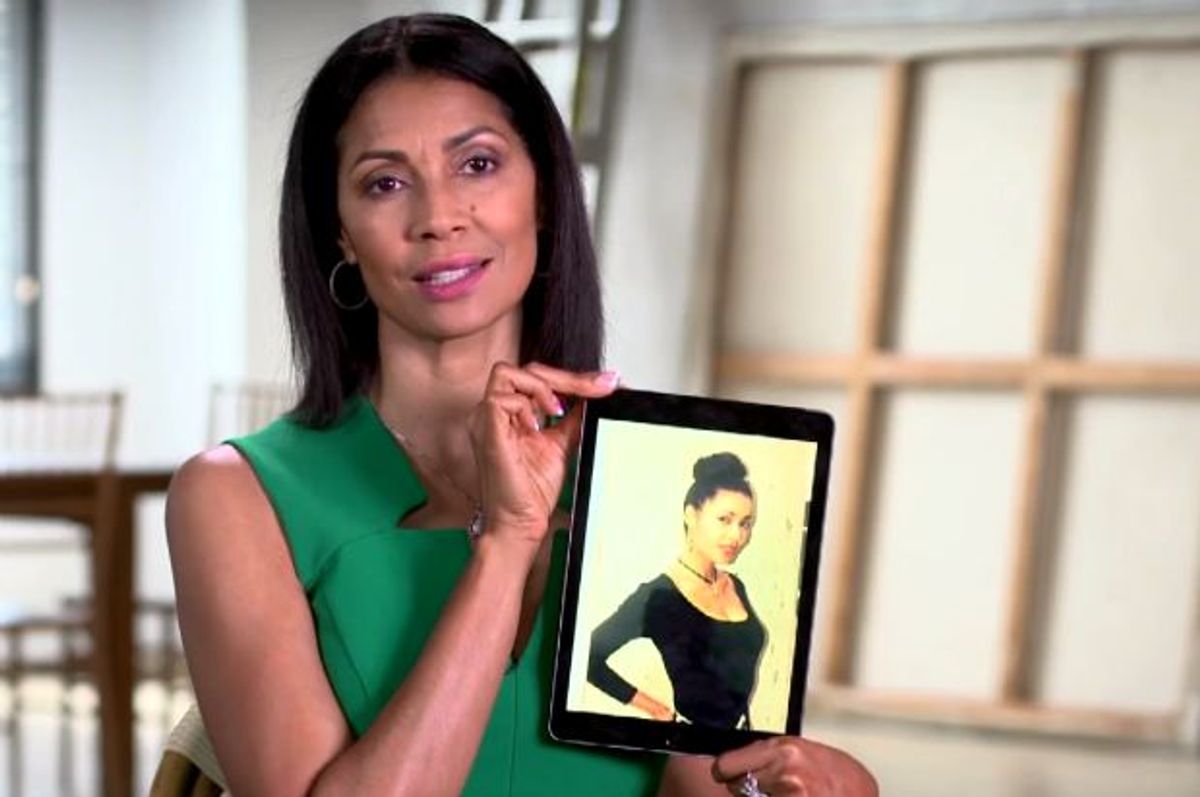 The best thing about “Cosby: The Women Speak” is the way it is structured. The public career of comedian and entertainer Bill Cosby unfolded in front of the American audience in a high-profile and visible narrative—“I Spy,” stand-up, Jell-O commercials, “The Cosby Show.” A black comedian becoming a symbol of a multiracial, forward-thinking, freer America, largely while wearing a dad sweater and goofing around. When the rape allegations against him started, the women accusing him could not find an audience because no one was willing to listen.

Last night’s documentary, which aired on A&E, takes the viewer through that same narrative, with the litany of milestones in chronological order. But it punctuates each of Cosby’s achievements—each grainy photo and vintage video clip—with a woman relating her account of being sexually assaulted. They hold up a glossy photo of what they looked like at the age they met and were allegedly violated by Cosby, and the documentary stitches together their visual narrative along with the one we know already. In the midst of the documentary carefully framing every woman’s story as an “allegation” and every assault as a “claim”— to escape Cosby’s well-paid legal counsel, presumably—the alternate history it constructs makes for a damning, subtle critique.

The worst part of “Cosby: The Women Speak” is how devastating the stories are. Even after New York Magazine’s magnificent photoessay on the topic laid the stories bare, hearing them firsthand from the women who were afraid to speak for so long is its own chilling and heartbreaking experience. Victoria Valentino, who told the story to New York Magazine on-camera, still had trouble articulating it. The former Playboy bunny and current registered nurse had just lost her 6-year-old son when, she says, Cosby promised her some “cheering up” and proceeded to drug and rape her. She uses the term “doggy style” in both “Cosby: The Women Speak” and with New York Magazine. In the A&E documentary, her delivery of the crude and painful phrase is rushed, and capped by an angry, frustrated “okay?” It’s not frustration at the film crew or the audience. It’s frustration at not being heard, and having to say the horrible words over and over again. She later says: “If there’s any question about why women don’t report rape, it’s because it’s so damned humiliating that you never want to talk about it again.”

Some of the women are in tears, and some aren’t; some seem angry, some don’t. But what is obvious throughout is how resilient these women have been—by painful necessity, perhaps, but incredible, nonetheless. Most say they were pressured to lie about their experiences for years—and, indeed, to frame it as a wonderful event, that time that they met Bill Cosby. Heidi Thomas, who says she was drugged and rape for an entire weekend at a remote ranch with Cosby after he promised her acting coaching, brought the scrapbook pages from the trip to the interview. “It would have looked weird” if she hadn’t scrapbooked that weekend like she scrapbooked other highlights of her life, she explains. So here’s the plane tickets, and here’s what she wore to the airport, and here’s the ranch house where she says she was horribly violated and traumatized.

Louisa Moritz says she had to go onstage immediately after being raped; she was numb with shame and shock, but on live television. Barbara Bowman explains, with hard-earned objectivity, that Cosby “really knew how to zero in on my insecurities and vulnerabilities.” Charlotte Fox, an accuser who only spoke up in the last few weeks, explains of her alleged rape that she “buried it, locked it up, and moved on with my life.” She was an extra on the film “Uptown Saturday Night,” which also starred Sidney Poitier. Another new accuser is a woman who just goes by the name Elizabeth—a flight attendant who stops her story of the night to say, “and, the rest is just too hard to talk about.” On the way home, as she was vomiting in Cosby’s Rolls-Royce, the driver told her she wasn’t the first.

“Cosby: The Women Speak” is not necessarily the documentary of this awful story that is going to be critically acclaimed. It’s not particularly creative or incisive; it doesn’t interview even the majority of Cosby’s accusers. It’s aiming for something else, though. It is instead a production that is at war with the worst assumptions that could be made about these women—that they are just desperate for attention, that they are “sluts,” that they are making it up, that they are conspiring to bring down this man. Care is taken to present each woman as professional and dignified. No one curses; no one even says “penis” until nearly 13 minutes in. The production also works to explain why this slow reveal of Cosby’s alleged rapes would have taken so long to reach the public consciousness, exploring not just the women’s choices of secrecy but also how the 2005 accusations were ignored until just last year. It is a documentary made for the haters—and while it may not succeed as a purely creative endeavor, in terms of getting the competing and marginalized story of these women into the public consciousness, it succeeds admirably.