Donald Trump: "We're going to be looking at" how to "get rid of Muslims" and foreigners like Obama

"We have a problem in this country, it's called Muslims," the questioner asked. "When can we get rid of them?" 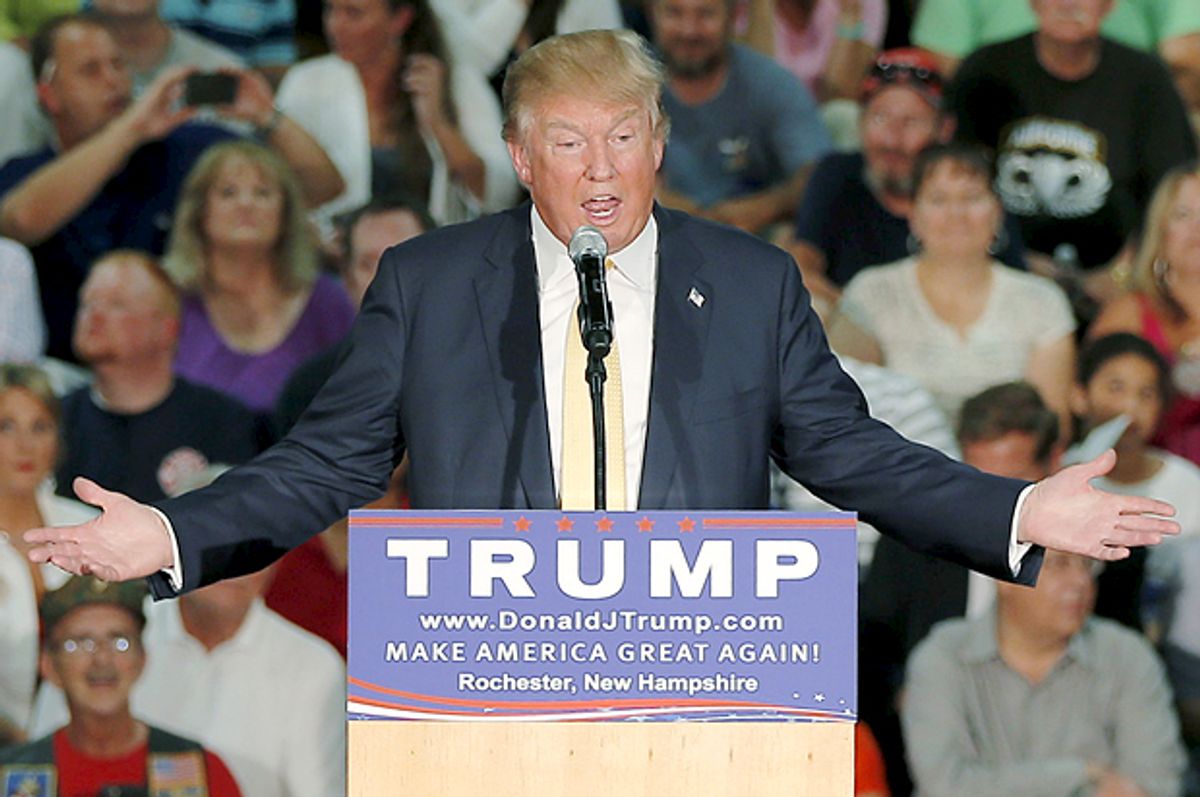 During a town hall meeting, Republican presidential hopeful Donald Trump was provided with a spectacular opportunity to dispel, once and for all, the notion that he's a birther -- and he turned it down.

"We have a problem in this country," a questioner said, "it's called Muslims. We know our current president is one. You know he's not even an American. We have training camps growing where they want to kill us."

Trump -- who spent much of much of Wednesday night's debate talking over and interrupting other potential nominees -- didn't even attempt to challenge this interrogator, who did eventually get around to his question: "When can we get rid of them?"

On "The Kelly File" Thursday night, a group of registered Republicans spoke to the Fox News host about that exchange.

After playing a clip of John McCain correcting a woman who called President Barack Obama "an Arab" during the 2008 presidential campaign, one of Kelly's studio guests said that Trump's behavior proves he's incapable of handling tough questions.

Another said that the question was valid, because "a lot has come out between 2008 and now," suggesting that Americans have learned that he's a Muslim in the interim. Kelly shot that idea down, saying "the president has said repeatedly that he's a Christian." Yet another studio guest argued that it's the president's responsibility to convince the American people that he's not a Muslim, forcing Kelly to repeat herself. "It was made a campaign issue in 2008," she said, "and it was put to bed repeatedly, even by John McCain" in the clip she just played for them.

Trump responded to the accusation that he should have done more than say "What, this question would be first?" in response to the New Hampshire man.