Justice for the 1 percent: A corrupt governor stays free, those who should have never been jailed die there 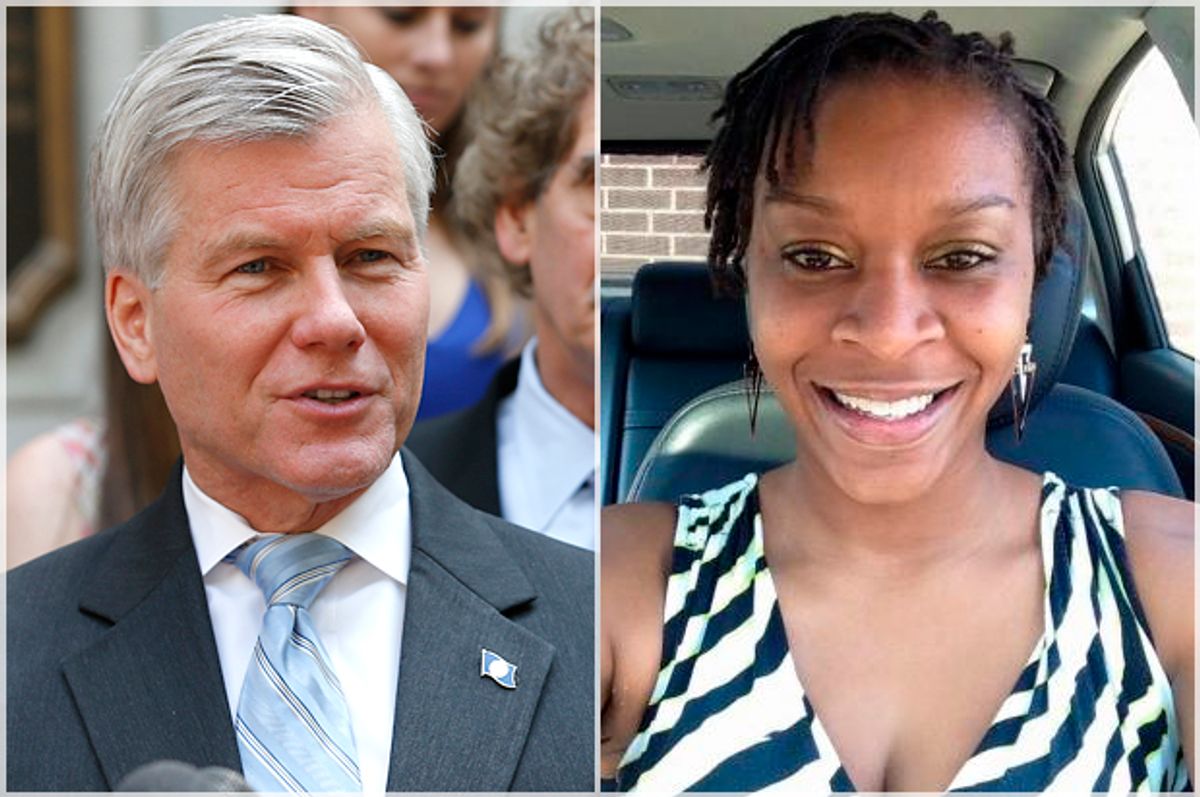 Criminal justice is meant to be a slow, frustrating process. Yes, the government can put you in prison, but it should have a hard time doing so. Or at least that is how it is supposed to work.

The prosecution of former Virginia Gov. Bob McDonnell is a good example. A jury convicted McDonnell last September of political corruption. In January, a judge sentenced him to two years in prison. Nine months later, McDonnell has yet to set foot in jail.

After the trial judge ordered him to prison, the ex-governor’s attorneys successfully petitioned an appeals court to temporarily keep him out of jail. When that court ultimately ruled against him in August, McDonnell’s lawyers turned to the United States Supreme Court. The Supreme Court recently ordered that McDonnell remain free until it had a chance to consider his appeal.

McDonnell’s prosecutors are undoubtedly frustrated that someone sentenced to prison nine months ago has yet to spend a day behind bars. But, that’s the system working. As I have argued elsewhere, there is a chance that the ex-governor’s conviction will be reversed by the Supreme Court. It would be unfortunate if only after McDonnell spent months in prison, the courts decide he should not have been imprisoned at all.

But here’s the problem. As far as anyone can tell, the Supreme Court never does what it did for McDonnell. (The government claimed that the ruling was literally unprecedented.) And there are so many examples of courts doing the exact opposite that you don’t need to be a lawyer to think of them. The bail system itself ensures that courts regularly jail people who even if convicted would not be sentenced to incarceration. Sandra Bland is a recent high-profile example.

Perhaps the most poignant counterpoint to McDonnell is his fellow Virginian, Jamycheal Mitchell. While judges and attorneys agonized over McDonnell’s predicament, Mitchell sat in a Virginia jail cell. He had been arrested four months earlier for stealing $5 worth of food from a 7-Eleven. On Aug. 19, Mitchell died in his cell, a victim of a bureaucratic mix-up, never having been tried for a crime that called for no incarceration. The cause of Mitchell’s death has not yet been determined, but one thing is clear – the justice system Mitchell encountered bears no resemblance to the one McDonnell is experiencing.

The American criminal justice system can be impressive, but it rarely gets to shine. In cases like McDonnell’s with tireless attorneys fighting for justice under a bright media spotlight, the system works as it is supposed to – making the government earn every day of prison time it inflicts. But in most cases, the system is just an assembly line. The assembly line often produces a rough equivalent of justice, but just as often, as in Mitchell’s case, it inflicts only pain – unnecessary suffering for defendants, victims and everyone else unfortunate enough to come into contact with the overburdened criminal courts.

As the country is slowly discovering, there are no easy answers to criminal justice problems. One reason for that is that the biggest problem is not any specific policy or practice. It is not even distortions introduced by race or money. The biggest flaw in American justice is volume. There are simply too many cases for the system to handle.

Even when they try to do the right thing, judges, prosecutors and defense attorneys are overwhelmed by the sheer number of cases. A recent study identified jaw-dropping prosecutor caseloads across the country. It highlighted a Texas city where prosecutors handled 500 felony cases at any given time. Public defender caseloads are just as bad, and all of these cases overload judges’ dockets.

Improving our criminal justice procedures and eliminating bias are important parts of the solution. But the American criminal justice system will never live up to its ideals until the flood of cases subsides. Finding the political will may be difficult, but the solution is simplicity itself. We need legislators to reduce the number of criminal laws; police to make fewer arrests; prosecutors to prosecute fewer cases; and judges to dismiss cases more readily. Only as each of these actors works to stem the volume of cases in our courts will the justice system be able to treat more defendants like Bob McDonnell and fewer like Jamycheal Mitchell.

Jeffrey Bellin is a professor at William & Mary Law School and a former prosecutor. You can follow him on Twitter @BellinJ