Ben Carson's Islamophobia: "I would not ever advocate putting a Muslim in charge of this nation"

Islam "is not consistent with the Constitution" and doesn't fit "within the realm of America," he argued 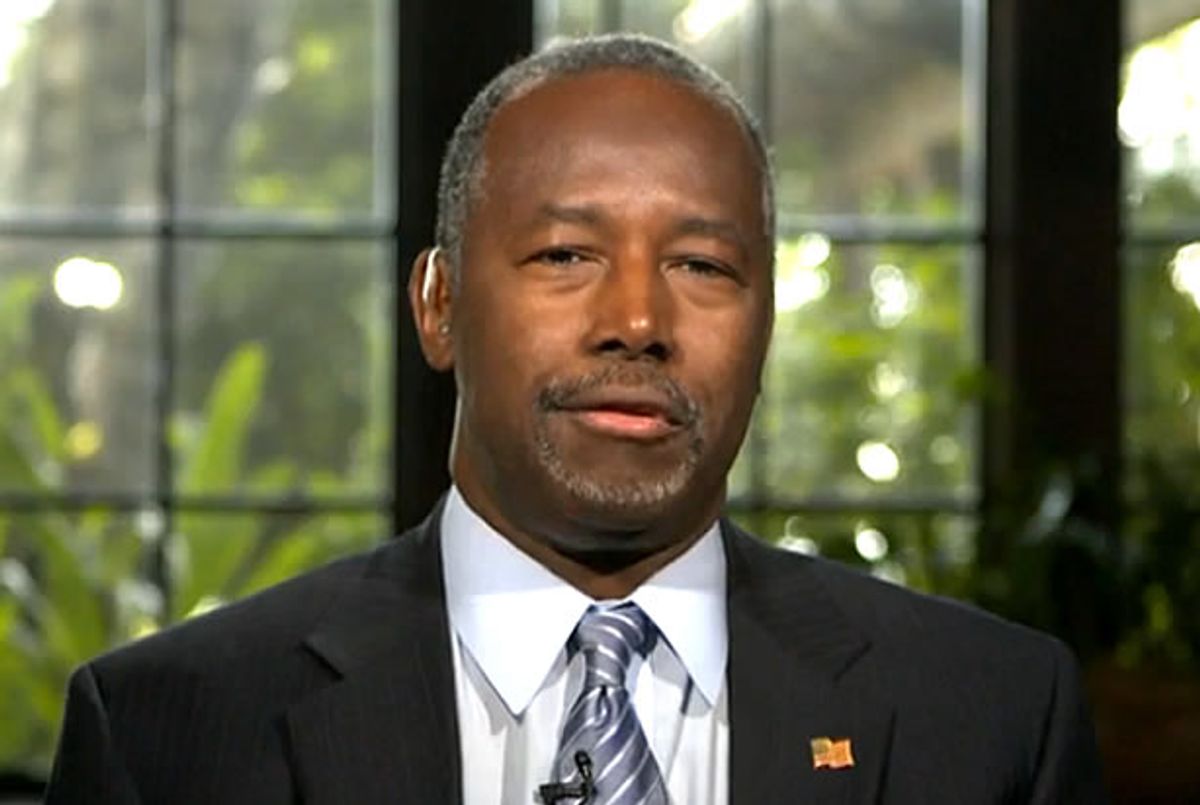 On "Meet the Press" Sunday, Chuck Todd asked GOP presidential hopeful Ben Carson whether a president's faith should matter to voters, and Carson replied both that it should, and that "it depends on what that faith is."

Todd asked whether he believed Islam was consistent with the Constitution, to which Carson replied that he does not. "I would not ever advocate that we put a Muslim in charge of this nation, I would not," he said. He did suggest he was open to the possibility of voting for a Muslim for Congress, "but it depends on who that Muslim is and what their policies are."

He went on to say that he would support anyone of "any faith, so long as their life is consistent with things that would elevate this nation, and make it possible for everybody to succeed, and bring peace and harmony."

Carson did, however, distance himself from Donald Trump's remarks last week, in which the front-runner claimed that his campaign was "going to be looking at" whether President Barack Obama is actually an American citizen and Christian. "I have no reason to doubt what [the president] says," he explained.

Monday morning, campaign spokesman Doug Watts said that Carson had reached out to the Muslim community to explain himself, noting that he hadn't said "that a Muslim should be prevented from running, or barred from running in any way -- he just doesn't believe the American people are ready for that."

Watch the entire segment below via NBC News.