Ben Carson still on the defensive: Muslims can run for president — so long as they denounce Islam

If they're "willing to subjugate their faith to the American way and the Constitution," Carson will support them 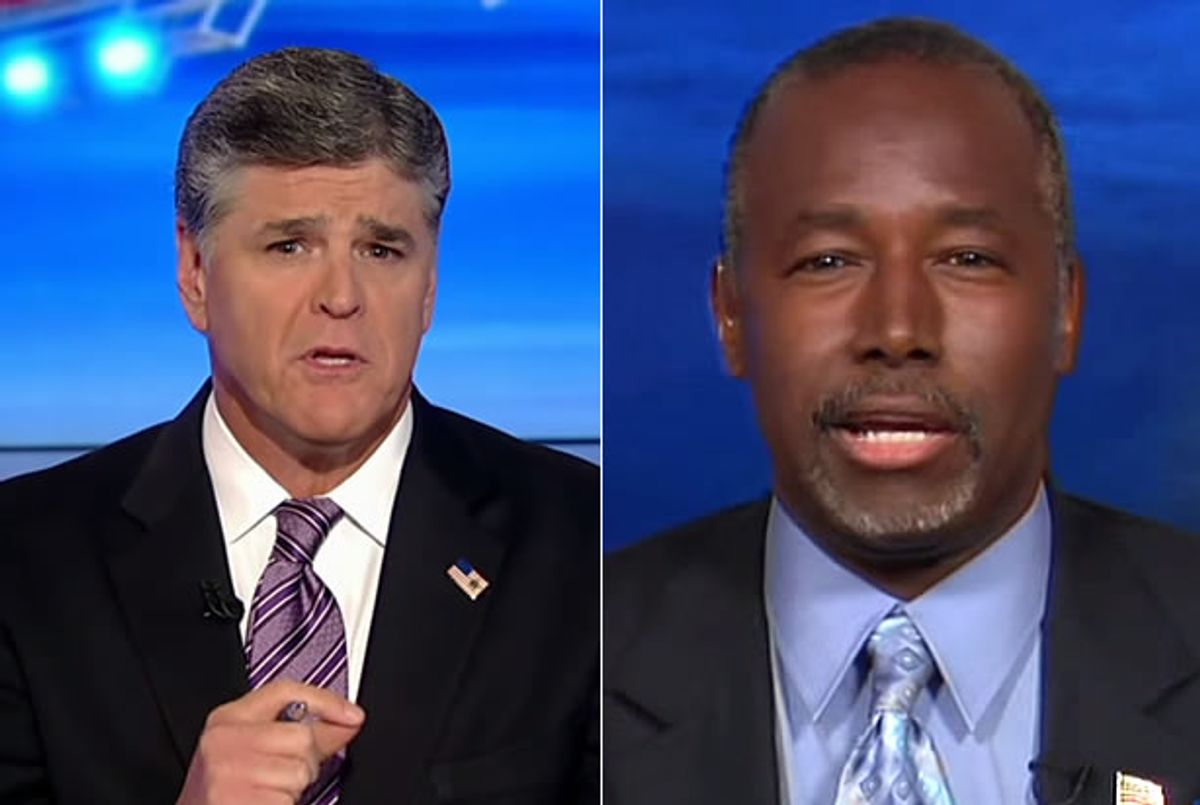 On "Hannity" Monday night, Ben Carson yet again defended his statement that "I would not ever advocate putting a Muslim in charge of this nation," telling Sean Hannity that he "absolutely" stands by it.

He tempered his original claim -- at least, initially -- saying that "even if you're a Christian, if you want to create a theocracy, I'm not going to support you."

Carson continued, however, by saying that so long as a Muslim rejected his Islamic faith, he or she would be qualified to run for office. "If someone has a Muslim background, and they’re willing to reject those tenets and to accept the way of life that we have, and clearly will swear to place our Constitution above their religion, then of course they will be considered infidels and heretics, but at least I would then be quite willing to support them," he said.

Hannity built on that point, asking Carson if all he really meant to say was that so long as Muslims denounce elements of their faith, he could support them. "Of course," Carson replied.

"Did you really mean to say 'radical Islamists'?" Hannity asked.

"That was implied in the comment," Carson said. "I prefaced that by saying I don't care what faith someone belongs to, if they're willing to subjugate that to the American way and the Constitution, I have no problem with that."

Hannity did not press him on this point by asking the next logical question -- namely, whether a Christian or a Jew would need to "subjugate" their faith "to the American way and the Constitution" in order to meet his criteria for a legitimate presidential candidacy.