Is America ready for a Jewish president? The anti-Semitism facing Bernie Sanders

Ninety-one percent of American voters say they're willing to vote for a Jew. Other statistics are less encouraging 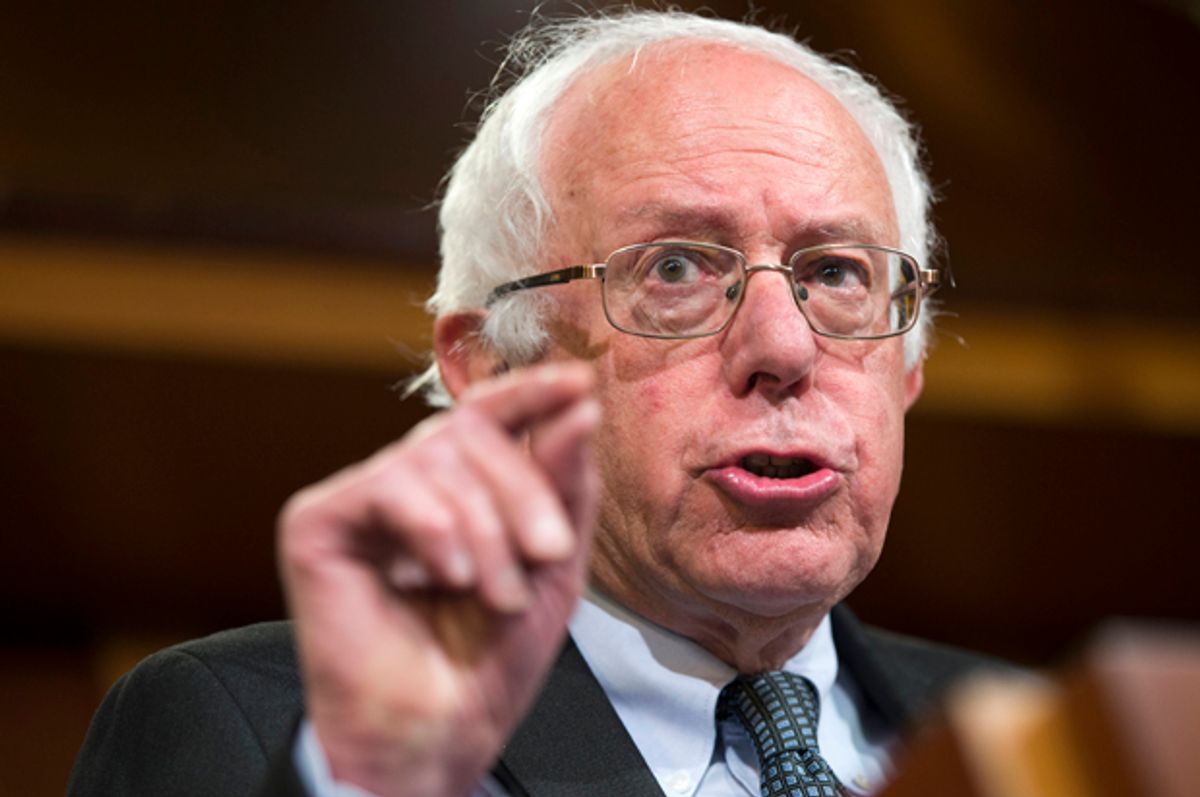 Is America ready to elect a Jewish president?

Ann Coulter did her part to draw attention to that question this week, when she sent out a tweet many believed was anti-Semitic implying Republicans only mentioned Israel because they thought it would win them Jewish voters. The question is also relevant now because Sen. Bernie Sanders is running for the Democratic presidential nomination, and happens to be of Jewish descent. This doesn’t mean that Sanders is trying to identify himself as “the Jewish candidate,” of course. “He’s not particularly observant, and he doesn’t spend a lot of time talking about or thinking about or advocating for Israel,” observed Robert Taylor, a political theorist at the University of Vermont who compared Sanders with the last major Jewish presidential candidate, Sen. Joseph Lieberman (D-Conn.). “He certainly has a secular Jewish background, but I think his role in American politics is much more importantly defined by Vermont liberalism than anything else.”

More from The Daily Dot: "The Psychosis of Virgil, a wrestling icon turned lonely meme"

Regardless of what the polls say (and respondents are always capable of deceiving pollsters, whether by lying to them or themselves), there are plenty of early signs that Sanders’s background will be used against him. Back in June NPR host Diane Rehm confronted Sanders with the charge that he was a dual citizen of the United States and Israel, a conspiracy theory rooted in a baseless online rumor and has its roots in the old anti-Semitic canard that Jewish politicians can’t be loyal to non-Jewish countries. On the other side of the ideological aisle, the National Review insisted on criticizing Sanders’s economic policies under the designation “national socialist”—the extended title for “Nazi”—openly acknowledging that it was partially doing this because Sanders is "the son of Jewish immigrants from Poland and whose family was murdered in the Holocaust."

Aside from the experiences of the Sanders campaign, there are plenty of other reasons to question whether America is really that tolerant of Jews. As of last year nearly 60 percent of religious-based crimes in the United States were committed against Jews, with one study describing that it has become “fashionable” in many circles. Another report discovered that 54 percent of college students experienced anti-Semitism in the first six months of their academic year during the 2013-2014 school period. All of this can be tied to broader studies which suggest that anti-Semitic attitudes are increasing throughout the Western world, particularly when tied to old-fashioned religious bigotry or relatively newer attempts to use legitimate criticism of Israel as a means of promoting deeper anti-Semitic beliefs.

In the end, it will be impossible to determine whether a Jewish presidential candidate can win in this country without actually testing that hypothetical scenario in the real world. As such, perhaps it would be best to prepare for such a candidacy by establishing a set of rules pertaining to how Jewish candidates should be treated. Three immediately come to mind:

More from The Daily Dot: "Bernie Sanders unveils list of celebrity supporters -- and it makes for a great mixtape"

First, unless a Jewish candidate has said or done something to call their loyalty into question, charges based on the idea that they are somehow “dual” in their sentiments need to be dismissed out of hand as anti-Semitic. Just as it was unconscionable to accuse John Kennedy of being secretly loyal to the Vatican when he ran for president, the notion that Jews can’t simultaneously be proud of their heritage and remain 100 percent in their country’s corner is insulting. As George Washington himself put it, “May the Children of the Stock of Abraham, who dwell in this land, continue to merit and enjoy the good will of the other Inhabitants; while every one shall sit under his own vine and fig tree, and there shall be none to make him afraid.”

Additionally, we must be especially wary of arguments that are based in legitimate positions but can be used as a cover for anti-Jewish hatred. Anti-Zionist rhetoriccan bleed into anti-Semitism when it disproportionately singles out Israel in comparison to other countries, compares Israel to Nazi Germany, or attacks Israel in general rather than singling out specific government policies. Although one can take valid issue with Sanders’s economic and social policies, the Black Lives Matter activist who shut down a Sanders rally in Seattle was a radical Christian (and former Sarah Palin supporter) who repeatedly rooted her claim that Sanders was a racist in rhetoric that referenced “the cross” and other Christian iconography.

Finally, we must accept that Christian privilege defines our political life in ways that have yet to be fully appreciated. After all, not one of the 43 presidents who have occupied the White House was raised in a non-Christian background. While Americans don’t blink when a presidential candidate begins discussing his or her belief in the New Testament's teachings or theology, the concept of a Jewish candidate (to say nothing of a non-Christian candidate who also isn’t Jewish) still falls in the realm of novelty. Aside from candidates who have had Jewish lineage but were raised in Christian households (e.g., Barry Goldwater and John Kerry), there have only been two Jewish presidential candidates before Sanders—Pennsylvania Gov. Milton Shapp, who sought the Democratic nomination in 1976; and Lieberman, who made his own bid in 2004.

Even if Sanders doesn’t become America’s first Jewish president, one can at least hope that his candidacy will normalize the concept of a Jewish presidency so that future Jewish candidates can have a fair shot at the White House. If that proves impossible, it will have disturbing implications for believers in the American Dream.