Martin Shkreli on his "altruistic" motives: "I'm a capitalist — I want to create a big drug company"

"There're a lot of altruistic properties" to raising cost of treating toxoplasmosis from $1,350 to $63,000, he said 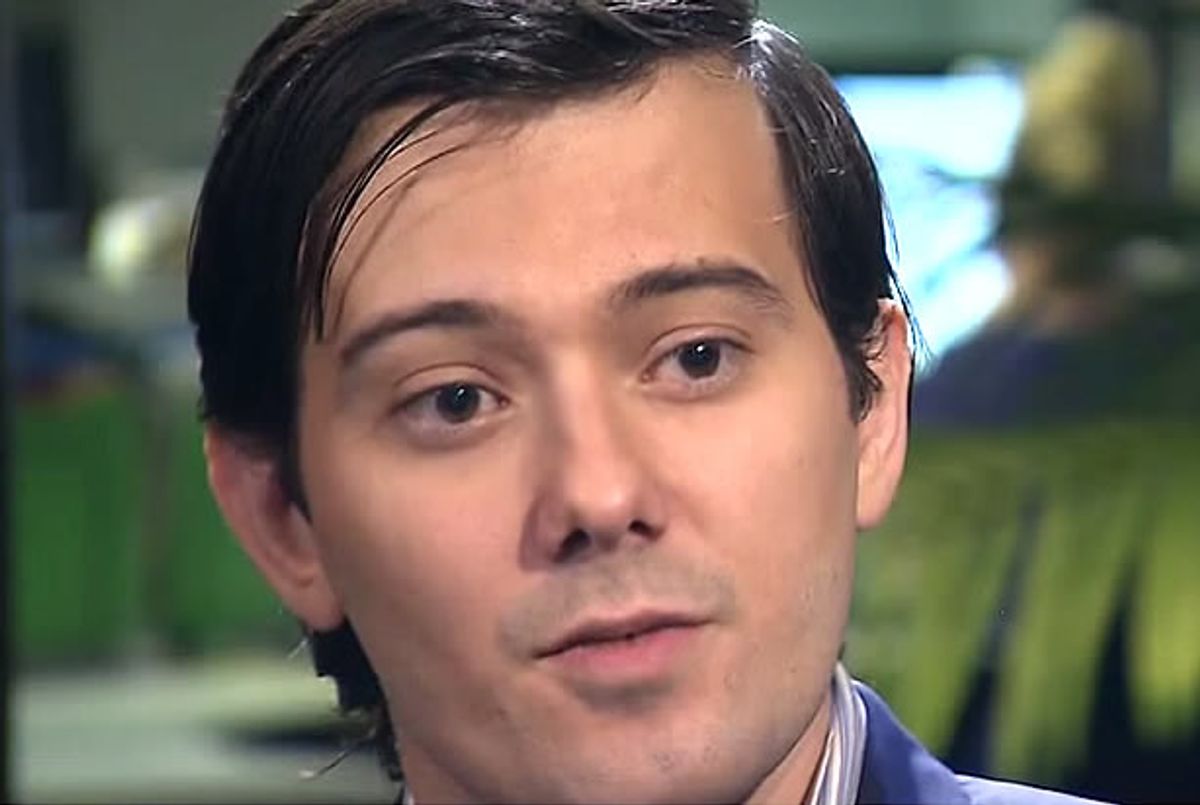 On "CBS This Morning," embattled Turing Pharmaceutical CEO Martin Shkreli continued to defend his company's decision to hike the price of Daraprim by 5,455 percent, claiming that "there are a lot of altruistic properties" to raising the cost of treating toxoplasmosis from $1,130 to $63,000.

He denied that the increased cost was "drastic," saying "it depends on how you define 'drastically,' because the drug was unprofitable at the former price, so any company selling it would be losing money. And at this price it's a reasonable profit. Not excessive at all."

This new "reasonable profit" is being made at the expense of immunocompromised patients, such as pregnant women and babies, as well as those with AIDS or who are undergoing radiation therapy. This is, as Hillary Clinton noted on Twitter, nothing more than "price gouging":

There is, of course, quite a bit of doubt about that, both among Twitter denizens and the medical community. "It's predatory practice and it's inappropriate," CBS medical correspondent Dr. David Agus said. "Patients shouldn't be taxed and charged for future research and development. Patients should pay for the drug they're getting and what they need in the situation that they are."

Dr. Agus was referring to Shkreli's claim "we're now a company that is dedicated to the treatment and cure of toxoplasmosis -- and with these new profits we can spend all of that upside on these patients who sorely need a new drug, in my opinion."

Watch the entire interview via CBS News below.