"I submit to you" that Ferrell doesn't know what Bernie Sanders stands for, O'Reilly claimed 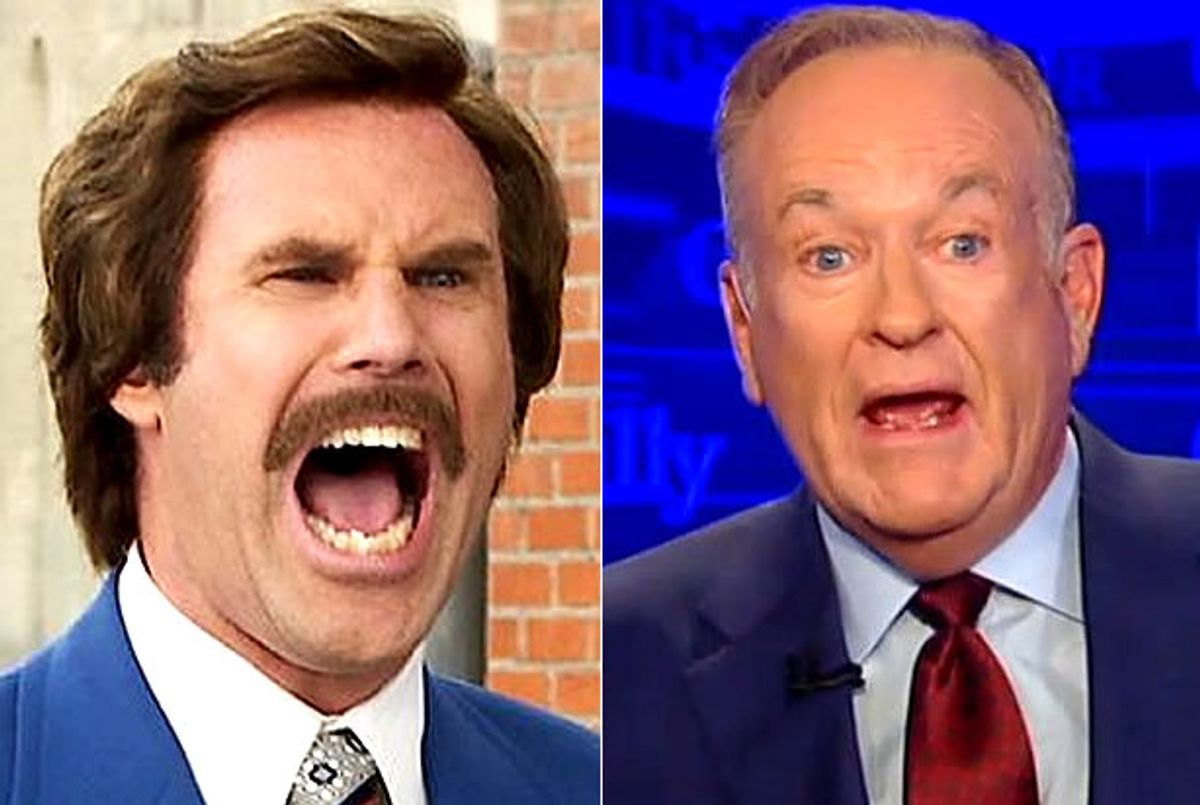 On "Fox & Friends" Tuesday morning, Bill O'Reilly complained about celebrities like Will Ferrell endorsing Bernie Sanders while ostensibly knowing nothing about politics.

"Do you think Will Ferrell knows anything?" he said. "I'll debate you any time, you pinhead." O'Reilly claimed that he could "explain politics" to Ferrell "in 15 minutes," and challenged the comedian to come on "The O'Reilly Factor" and debate him.

However, on "The Factor" Tuesday evening, O'Reilly walked back his offer, saying "that was obnoxious, I shouldn't have called out Will Ferrell." But, he said, "I'm getting a little fed up with these people, not that there's anything wrong with supporting Bernie Sanders, but you have to know what he stands for and I submit to you that he does not."

He then invited Ferrell on to have a conversation about politics, saying "I would explain [politics] to him in a very gentle way."

"Still, he's a talented guy," O'Reilly replied, "but he’s like George Clooney -- he crosses into these realms and you look at them and you think, ‘What do you know about it?'"

Fox News contributor Greg Gutfeld said that "when you get famous and rich when you’re young, what happens is you start feeling insecure: ‘People only like me because I pretend.' To them, [politics] is like a cool hobby, like nude pilates. 'I'm into Bernie Sanders' is like hot yoga in the park to them."

"The great thing about being rich is, you can embrace practices that kill the poor," he added, "that's what socialism does."

McGuirk then began to impersonate Sanders -- poorly -- explaining that "the guy sounds like he should be selling knishes on the boardwalk in Coney Island." Because, of course, nothing says "I'm the adult in the room" quite like making fun of the way a person speaks.