Sean Penn's outrageous character defense: How the "American icon" misses the point by minimizing his "brushes with the law" 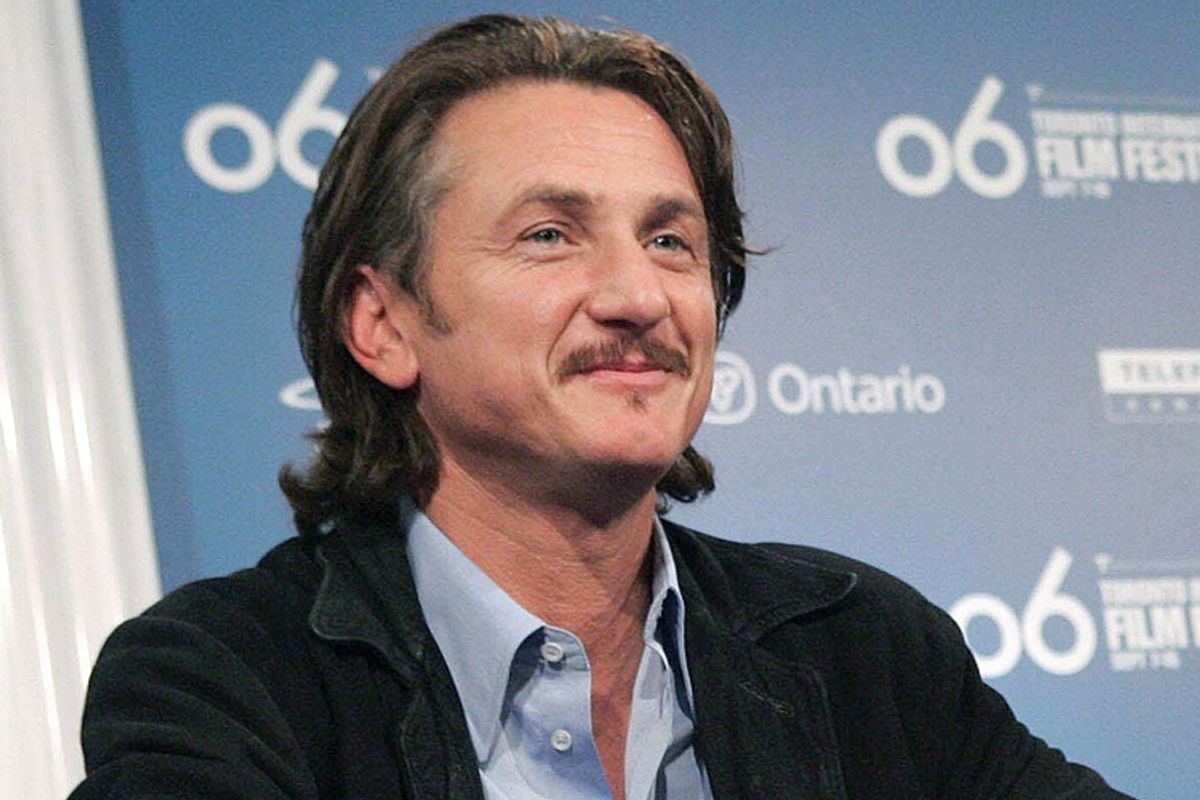 Nothing says "appropriate priorities" quite like a very public spat related to domestic abuse in which the male parties involved make it all about their feelings. Must be Hollywood!

It started last week, when the Hollywood Reporter ran a feature on "TV’s Hottest Show," — Fox's smash "Empire." In it, the show's co-creator Lee Daniels spoke candidly about "Empire" star Terrence Howard's lengthy and well-documented history of alleged violence, including a recent Rolling Stone profile that noted, "He's been escorted off a plane for unruly behavior. He's punched out strangers in a restaurant. He's said to have knocked at least two of his women around, most recently ex-wife Michelle Ghent, who after a 2013 trip to Costa Rica with Howard was photographed with a black eye." Howard admitted to Rolling Stone, "I lost my mind and slapped [my ex-wife] in front of the kids," he says. "Her lawyer said it was a closed fist, but even slapping her was wrong." In the incident report, Howard told police, "I broke down he door and hit my wife." The reporting officer said he'd "punched her twice with a closed fist in the left side of the face."

But Daniels is sympathetic to his leading man. "That poor boy," he told the Hollywood Reporter of the 46-year-old actor. "[Terrence] ain't done nothing different than Marlon Brando or Sean Penn, and all of a sudden he's some f—in' demon. That's a sign of the time, of race, of where we are right now in America."

Yes, how dare America point out a famous man's history of violence?

Enter Sean Penn, taking whopping umbrage at the comparison via a $10 million defamation suit against Daniels. In his fabulously self-aggrandizing court papers, "one of the greatest actors and humanitarians of our time," the "internationally known film actor recognized for his humanitarian work, journalism, and advocacy for peace and human rights" and all around "American icon" Penn fumes, "Daniels falsely equates Penn with Howard, even though, while he has certainly had several brushes with the law, Penn (unlike Howard) has never been arrested, much less convicted, for domestic violence, as his ex-wives (including Madonna) would confirm and attest."

If by "brushes with the law," you mean "spent 33 days in jail in 1987 for reckless driving and punching out a guy on a movie set" then sure. In the '80s, Penn also pleaded no contest to charges of attacking paparazzi trying to photograph then-wife Madonna, and also pleaded no contest to punching a man at a Silver Lake nightclub. And in a famous 1988 incident, Madonna reportedly met with police after telling them Penn had beaten her. Tabloid reports said her ordeal had lasted nine hours, and other rumors about Penn's treatment of her have endured for nearly 30 years, but he's right — she asked that no charges be filed against Penn. One week after the alleged incident, she filed for divorce.

Many of the specifics of what both Penn and Howard did or did not do are tied up in settlements, rumors and deeply conflicting accounts. But let's say you want to give both of these guys as much benefit of the doubt as possible. You still don't need to make excuses for Howard's behavior, Lee Daniels, by arguing that other guys have done similar things. And you sure don't need to flaunt your "great actor" cred, Sean Penn, as if that means you couldn't possibly have ever, say, been ordered to take anger management classes, because you totally have.

Both Daniels and Penn are too busy whining about what's fair — fair to men who have very long track records of losing it, big time, regardless of the specifics of their individual rap sheets — to consider that maybe if you want a good reputation, even in Hollywood, you shouldn't hit people. And what's more absurd than guys like that acting so injured?