"If I resign I lose my voice": Kim Davis explains to Megyn Kelly why she won't quit the job she won't do

She complained that the state should accommodate her bigotry, and the fact that it won't proves it's the real bigot 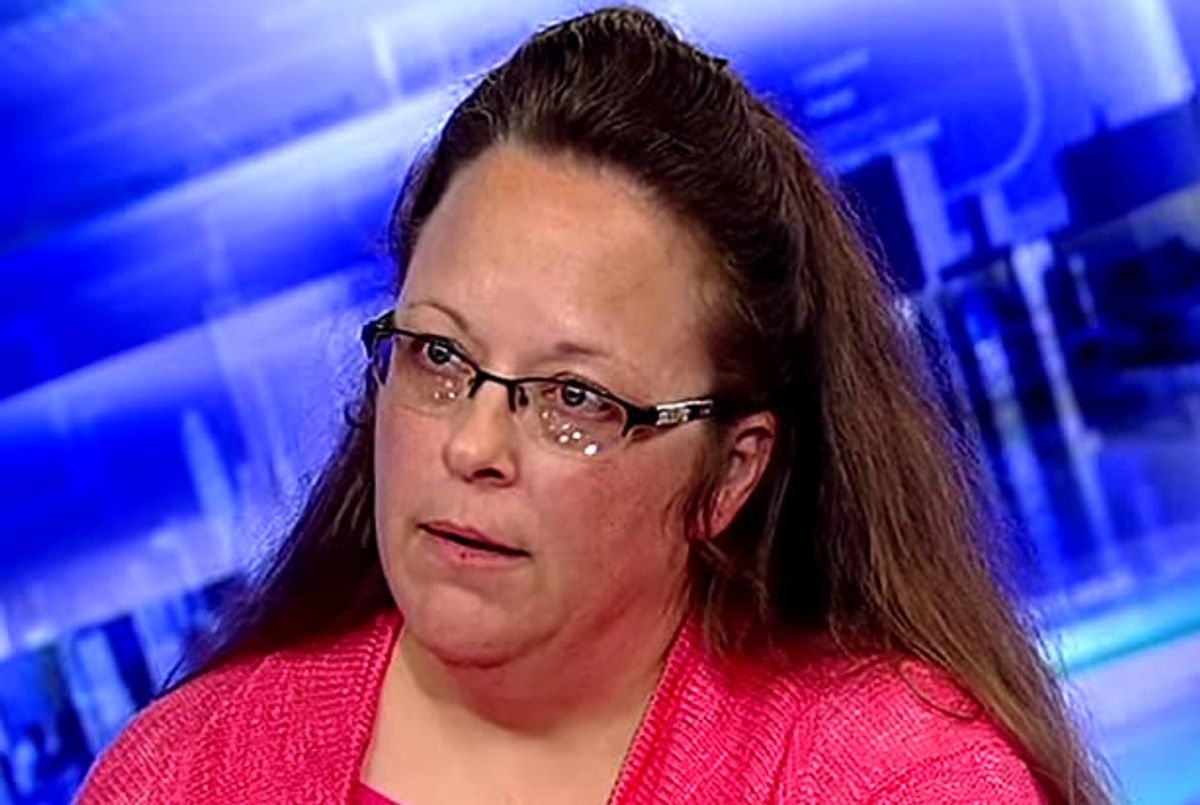 Rowan County, Kentucky Clerk Kim Davis appeared on "The Kelly File" to defend her decision to remain in office, saying that she shouldn't "have to quit a job that I'm good at" before complaining that "they can accommodate for all sorts of other issues," but "it just doesn't seem right" that the state won't accommodate her bigotry.

Davis later insisted that "it's never been a gay or lesbian issue for me" -- even though gays and lesbians were the only ones she was actively discriminating against -- "it has been about upholding the word of God and how God defined marriage from the very beginning of time."

She didn't specify when, exactly, "the beginning of time" was, but she was adamant that she was acting in accordance with the Lord's will and being punished for it. Kelly asked her why, "when the legal challenges ended up not going in your favor [you] just [didn't] resign at that point?"

"If I resign I lose my voice,” Davis replied. “Why should I have to quit a job that I love and that I’m good at? I’ve been a county employee and served the public well for over 26 years before I got elected. It comes back to, they can accommodate for all sorts of issues, and we ask for one simple accommodation and we cannot receive it."

Watch the entire interview on "The Kelly File" via Fox News.