Larry Wilmore demolishes Ayn Rand capitalism: "The more we leave things to unfettered markets, the more we have to clean up their sh*t" 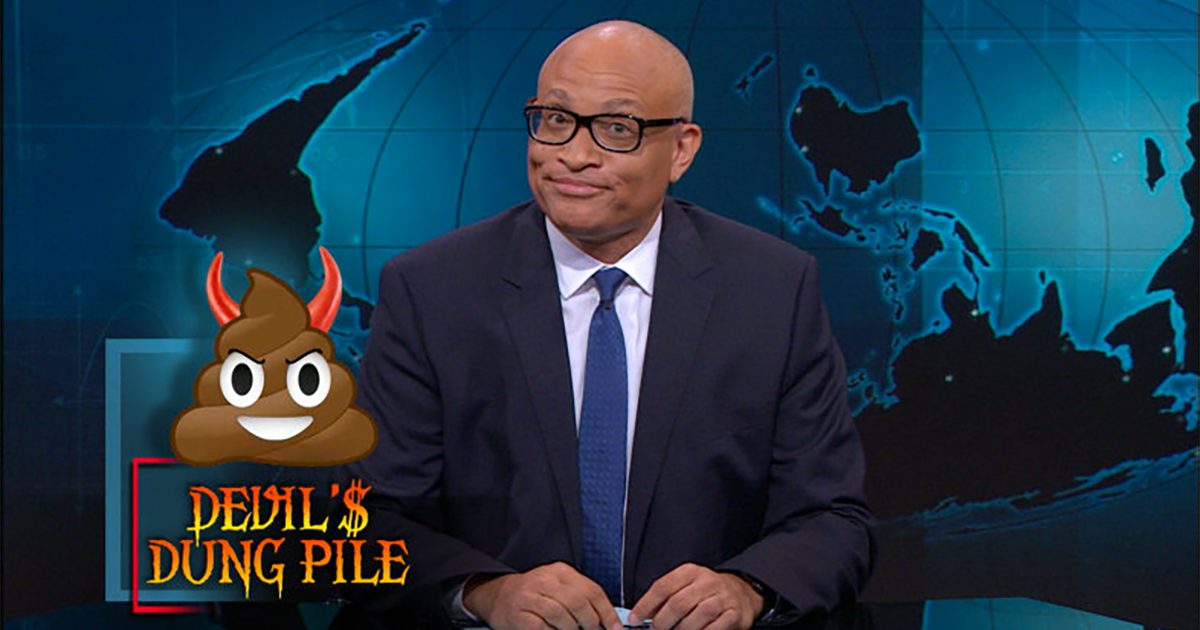 Thursday evening's "Nightly Show with Larry Wilmore" took a lead from Pope Francis's comment that unbridled capitalism is the "dung of the devil," and pointed out this weeks three worst examples of satanic dung capitalism.

First, the story of Martin Shkreli, the pharmaceutical guy who price-gouged the lifesaving anti-parasite medication Daraprim from $13.50 a pill to $750. He said he needed to turn a profit because people only needed one hundred pills to cure themselves, so for around $1,000 they could live. "Did he just admit to extorting people to save their lives?" Wilmore asked. "I mean yes, people will pay more than a thousand dollars to save their lives, douchebag. I'll pay more than a thousand dollars to punch you in the face!"

Wilmore said that due to public pressure Shkreli might lower the price, but even then there's no guarantee. "Look, the point is," Wilmore said, "if this had not been reported, if people had not got upset about this, he'd still be getting away with this. And the worst part is everything he did is 100 percent legal. So, Government, if you're really serious about your war on drugs, point your cannons in his direction and away from poor people selling dime-bags behind the grocery store."

The second example of the Beelzebowels was the peanut butter CEO who continued to sell his product even after he found out it was laced with poison. Stewart Parnell of Peanut Corporation of America faces 28 years in prison for continuing to churn out poisoned peanut butter because he couldn't afford to lose another customer.

"Hold on a second," Wilmore said. "You cannot afford to lose another customer? So, you keep poisoning them?! You know dead people can't buy peanut butter, right? Does he know that? It doesn't even make sense! ... But this is why it always gets me when people say 'We don't need the FDA. We gotta get rid of the FDA.' We need them to get their D outa their A and get the F to work!"

His final example of crappy capitalism was the new that car manufacturer Volkswagen retrofitted 11 million diesel vehicles worldwide with software to help them avoid detection of high carbon emissions. Wilmore put it into context that these vehicles likely spewed between 10,392 and 41,571 tonnes of toxic gas into the air each year. The legal standard for the EPA would have them at 1,039 tonnes of NOx annually. Wilmore said we were all lied to which is akin to being told you're eating tofurky when in reality you're eating baby panda.

"Let me just say something," Wilmore began. "Volkswagen, this is the second worst thing you've ever been associated with. Google it! Keyword 1930s look it up!"

"So, between price gouging drugs, deadly peanut butter, and baby panda cars, when The Pope calls capitalism the 'devil's dung' I see his point. It seems like the more we leave things to unfettered markets, the more we have to clean up their shit."