Have you ever wanted a postcard sized tray with a pope tweet on it? 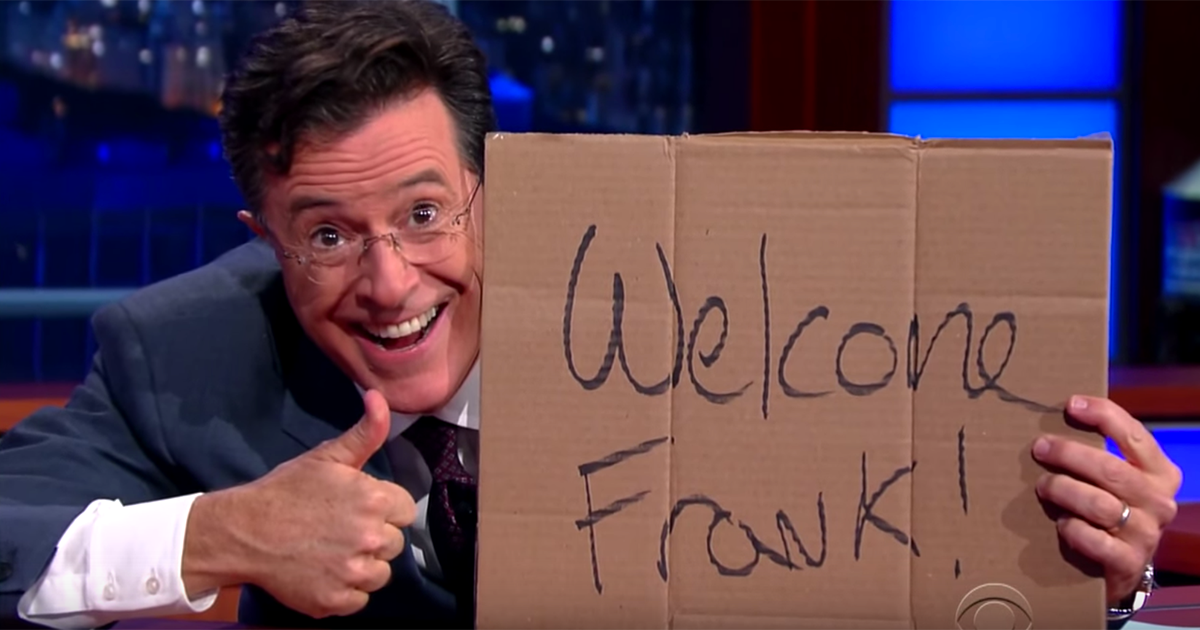 New York City welcomed Pope Francis on Thursday with cheering crowds and anything you could possibly want to buy with the Holy face on it. "The Late Show with Stephen Colbert" was well prepared for the Papal visit to the city, which Colbert said was occurring at the time of the show's taping. Rather than the flashy fancy thrones of previous Popes, Colbert embraced the humility of Pope Francis and spray-painted POPE onto a metal folding chair.

The fragrance comes in a white box which says Excelsis, though the fragrance itself is known simply as Francis. On the streets of New York it goes for $35, but on Amazon you can grab your own for just $27. Combine it with another Pope fragrance "The Pope's Cologne" which says it is a "private formula of Pope Pius IX (1792-1878)." One description claims it is an "...aristocratic, Old World cologne with surprising freshness and notes of citrus and violet." Despite the aristocracy, it retails for a meek $26.95.

"Some of the official Papal merch," Colbert said "includes, plates, jewelry, and this postcard sized tray of fine porcelain with real gold rim featuring a tweet from Pope Francis. Yes, a tweet from the [ope! This will go great with my dinner plate of Mother Teresa's duckface snapchat. But, there's also the Pope Francis, and this is true, life-size standee." Colbert pulled the cardboard cutout of the pope from behind his desk and draped his arm around him. "If you're not able to attend one of the events in the next two days, just put this in your bedroom and terrify your children. And remember, blessed are those who use the carpool lane."

Colbert then recalled Pope Francis' interest in trying a slice of the famous New York style pizza. As a result, he said, pizza places in the city are trying to lure in Pope Francis with custom pies featuring his image made of artfully placed cheeses, vegetables, and what appears to be a pastoral staff crafted from anchovies. "I believe it's the perfect treat for someone whose entire outfit is a napkin," Colbert joked.

"And that's not all!" Colbert said with a curious smirk. "I got this official Pope Francis in the U.S.A hat. And you gotta have the Lady Pope hat" Colbert said pulling out a pink ball cap. "Which might be the closest ladies will ever come," he said to groans from the audience. "No, you know the rules, right? Spoiler alert, no female pope. And, they even put Pope Francis stickers on this set of three fifty-cent pieces. Which are yours for $24.99. You'll only need 17 of these to buy one of them."

Following a panel of famous Catholic guests, Colbert read a story about the ways in which the pope has been hurt by people he only met a few times throughout his life. Now that he's the pope he has more "friends" than ever, the pope confessed in an interview. Colbert empathized. "I can be that friend for you. I get you. We have so much in common. Recently I was elevated to an influential position by an all seeing power," Colbert said while the CBS eye logo loomed next to him.

"So you and I can be real friends. You need someone who will be there for you. Someone to text you after you watch the finale of Bachelor in Paradise. We can get together, throw back a few Mike's Hard, and just talk." Colbert then began to sing a song, dedicated to Pope Francis.

Watch below. The whole night was hilarious for Catholics and non-Catholics alike.