Zero-tolerance madness: A "no touching" rule means even tag is out-of-bounds for Seattle-area school kids 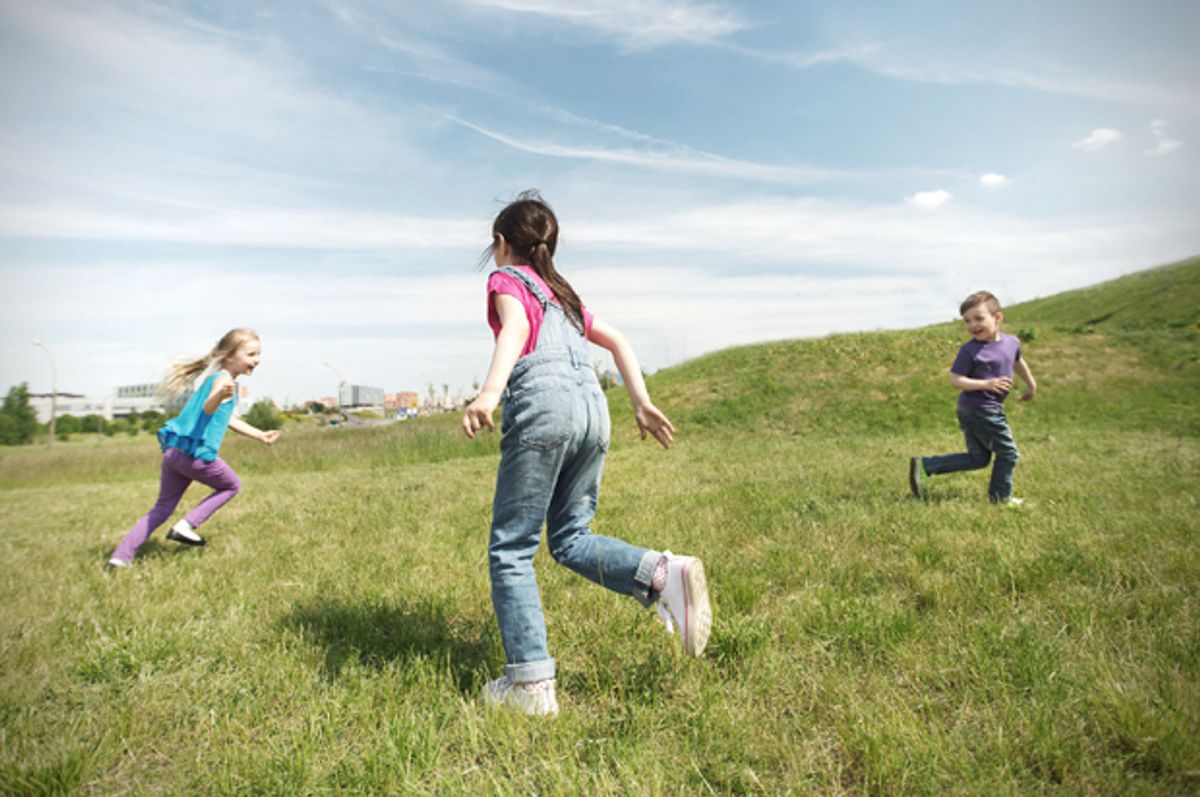 Adults need parks to play in too, studies show (Syda Productions via Shutterstock)
--

For the last two decades or so, “zero tolerance policies” have swept school districts. They’re often well-intentioned ways to cut down on violence and bullying and the like, and they’ve been driven in part by fear of school shootings. But they’ve also led to bizarre rulings — the third-grade girl in Delaware expelled for a year because her mother sent a knife in with a birthday cake, the Baltimore second-grader suspended because his Pop-Tart looked like a gun, the kids who get in serious trouble for bringing cough drops or mouthwash to school, to say nothing of Ahmed Mohamed.

Because the policies are entirely inflexible – that “zero” part – the decisions often seem like they’re made by a machine, not a human being with a sense of balance and judgment and what we used to think of as common sense. As Ian Urbina wrote in the New York Times:

Education experts say that zero-tolerance policies initially allowed authorities more leeway in punishing students, but were applied in a discriminatory fashion. Many studies indicate that African-Americans were several times more likely to be suspended or expelled than other students for the same offenses.

“The result of those studies is that more school districts have removed discretion in applying the disciplinary policies to avoid criticism of being biased,” said Ronnie Casella, an associate professor of education at Central Connecticut State University who has written about school violence. He added that there is no evidence that zero-tolerance policies make schools safer.

For all the criticism, though, most of these policies have barely budged. (In some cases, individual cases have been reversed, including the girl with the birthday cake.) But a strange dispatch from the Northwest both shows just how bad things have gotten and how a pushback against one aspect of zero-tolerance policies may be building.

It doesn’t have to do with drugs or weapons, but another part of the current school-policy-madness: The game of tag. Apparently, to the school district on affluent Mercer Island, between Seattle and Bellevue, the game is dangerous because it incorporates another sensitive issue: touching.

This week, as the Washington Post reports, school district spokesman sent out this note:

The Mercer Island School District and school teams have recently revisited expectations for student behavior to address student safety. This means while at play, especially during recess and unstructured time, students are expected to keep their hands to themselves. The rationale behind this is to ensure the physical and emotional safety of all students.

School staffs are working with students in the classroom to ensure that there are many alternative games available at recess and during unsupervised play, so that our kids can still have fun, be with their friends, move their bodies and give their brains a break.

Some parents were not persuaded, and got frustrated enough to form a Facebook group called “Support ‘tag’ at recess.” A few expressed their frustration to a local television. “Good grief, our kids need some unstructured playtime,” Kelsey Joyce, the mother of a local kid, said. “It’s a game that practically everyone has played – but if you go to public school on Mercer Island, keep your hands to yourself.”

The school district responded with a note referring to “recent media reports about banning the game of tag at our elementary schools,” and made clear that “There is not a ban on tag.” But what came next kinda made you wonder what they had in mind:

We plan to support our elementary students with new games and alternatives that still involve running and exercising. We want to initiate a new form of tag-like running games to minimize the issues of "you were tagged / no I wasn't" or "the tag was too hard and felt more like a hit." Tag is not banned.