When right-wing heroes turnout not to be, what is a neocon to do? 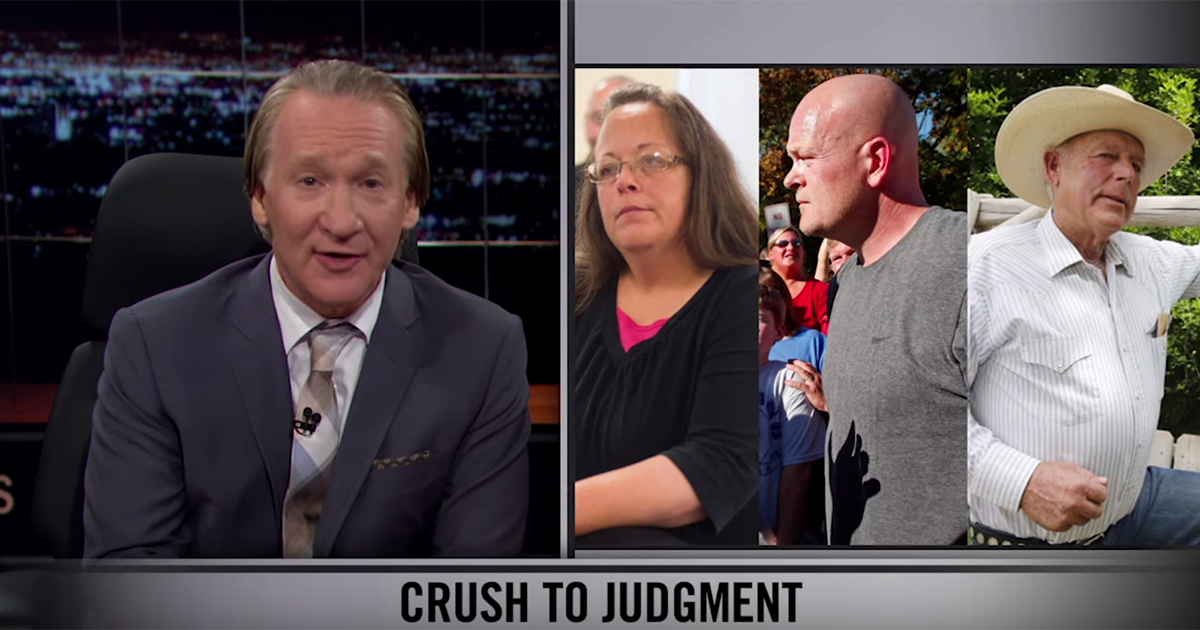 With the insta-fame of people like Kim Davis, Cliven Bundy, Josh Duggar and Joe the Plumber by right-wing conservatives, comes a greater scrutiny on their lives and conservatives aren't exactly well known for their vetting process.

Bill Maher took several false idols of the tea party to task on Friday night's Real Time "New Rules" segment, saying "Republicans have to stop being surprised when their instant heroes turn out to be embarrassments."

"They’re so anxious to buddy-up to the forgotten good people that when a Kim Davis or a 'Joe the Plumber' or a Cliven Bundy come along, they rush to say 'Now here’s a real American' when they should be saying 'What’s up with this asshole?'"

This comes on the heals of the revelation that the anti-gay marriage celebrity County Clerk Kim Davis has a not-so pure and Holy past that makes her comments about the sanctity of marriage hypocritical.

"Kim Davis turned out to be everything conservatives hate," Maher said. "She gave birth to two children out of wedlock and she’s been married four times. According to her, the answer to ‘What would Jesus do?’ is ‘everybody.'"

Maher then turned to Cliven Bundy, the antigovernment Nevada rancher who nearly caused another Branch Davidian incident in a standoff between a well armed militia and federal agents, all because he wouldn't pay his grazing fees. He turned out to be so racist, even Fox News started to back away.

"Sorry, Mr. Bundy, if you're getting your grass from the government for free, then I should get my grass from the government for free," Maher, a known marijuana user joked. "And, predictably predictably Cliven went off script at a rally and said 'I want to tell you one more thing about the Negro.' And that sentence never ends well. As it didn't this time when he went on 'They abort their children and put their young men in jail because they never learned to pick cotton.' And that was the end of Open Mic Night at the OK Corral."

Maher reminded us that before Bundy there was the "racist mascot" George Zimmerman "the freelance defender of cul-de-sacs who conservatives insisted was neither racist nor angry, but since his trial, he's had more contact with the police than Dunkin' Donuts."

Then it was Joe the Plumber's turn to get some more attention. For weeks he was was the tea party celeb-du-jour, paling around with Sarah Palin, appearing at rallies, and talking about high taxes on his small business, "which it turned out he didn't have," Maher said. Joe said those high taxes "would hold back his career as a plumber, which it turns out he wasn't either. And his name wasn't Joe, I'm not kidding. Guys, it's called 'Google'."

Check out Bill Maher below: