The casual racism of our most popular dating apps

Sites like Tinder and Grindr are littered with racial preferences and worse. Why are we so ready to let them slide? 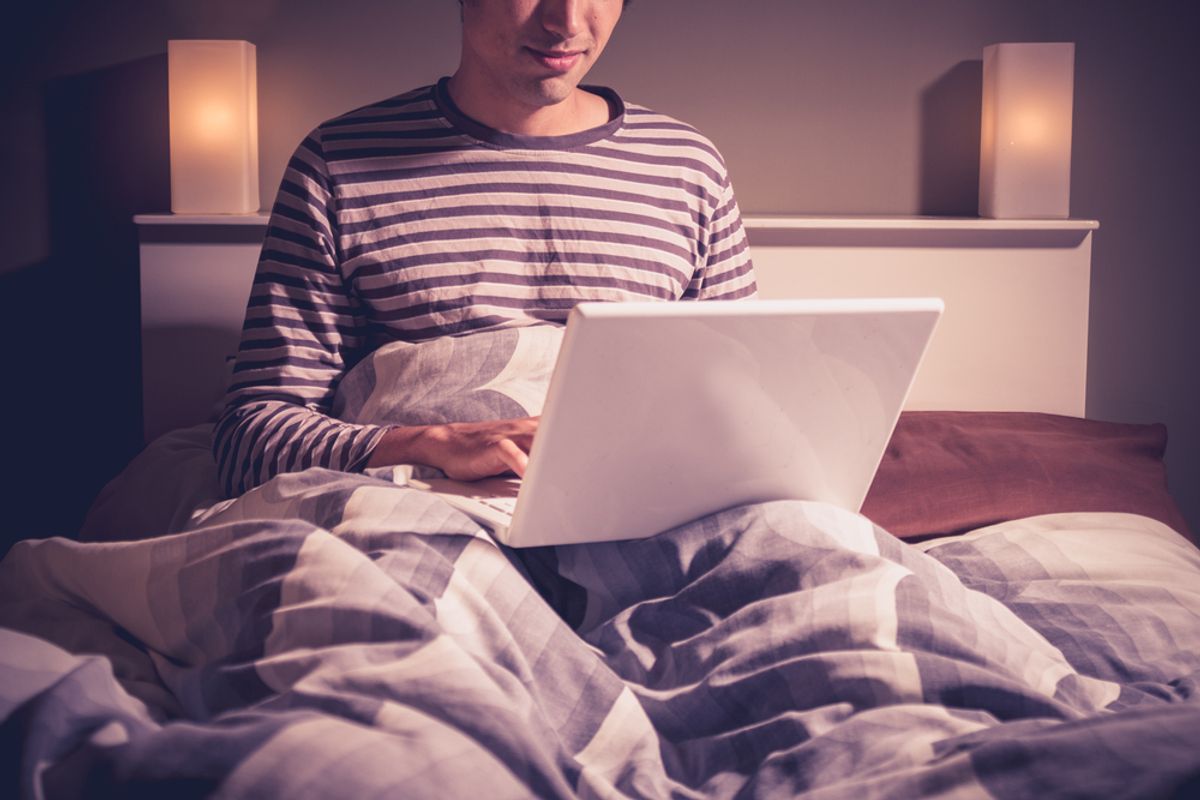 If you don’t have enough jerks in your life, sign up for an online dating app. It will only be a matter of time before you encounter some spectacularly offensive and unsolicited people and materials.

Shallowness in online dating manifests in different ways, but is mostly about appearance. Fat people are ridiculed all the time. The plight of bald men has been well articulated by the likes of Larry David and Louis CK. And of course, anytime we talk about appearance, race will eventually come into play. Online dating apps provide fertile ground for these kinds of appearance-based biases to take root. And that’s starting to spark some very important discussions around dating and identity.

OK Cupid co-founder Christian Rudder once told NPR, “Black users, especially, there's a bias against them. Every kind of way you can measure their success on a site — how people rate them, how often they reply to their messages, how many messages they get — that's all reduced.”

More recently, talk of sexual racism has exploded within the gay community, and a number of men using apps like Grindr and Scruff have come forward to discuss the race-based profiles they encounter.

The page Douchebags of Grindr features 57 pages of prize gems; screen shots of some of the most direct and exclusionary profiles around. One reads, “Not looking for Fat. Old. Or anything but White.” Another states, “I love men from different cultures. Just no Asians. I’m not racist.”

Everyone has particular preferences when it comes to sexual partners. “You’re dealing with people, who are naturally imperfect, you’re going to find those who can prefer a particular race or religion or cup size,” says relationship coach April Masini. Having a certain preference for a certain style isn’t inherently wrong. But the approach some employ when advertising them should be examined.

LGBT lifestyle expert Mikey Rox told AlterNet, “You don’t have to engage with anybody on these apps. You can choose to not respond to them. Why do you have to go out of your way to potentially hurt someone’s feelings?” In that sense, Rox says, stating a specific racial preference in one’s profile just isn’t necessary.

It’s hard to say why such overt prejudices seem so prevalent on gay dating apps in particular. Maybe it’s easier to be more direct in places where gender divisions don’t exist. Maybe others feel that maintaining certain formalities simply isn’t necessary.

Rox says, “I think there is a distinguishing factor with particular gay sites. You know, Tinder is called a dating app. But Grindr and Scruff are very much hookup apps."

“On dating apps there’s more of a courtship element, where people have to mind their Ps and Qs, you know, you can’t be immediately racist on your profile. But with hookup apps, if it’s strictly about sex, people just get to the point; they don’t beat around the bush.”

He added, “We’re also talking about men, who tend to be a little bit more forward and to-the-point than women are on dating sites.”

An Australian study cited in a recent article by the Daily Beast, suggests, “Sexual racism… is closely associated with generic racist attitudes, which challenges the idea of racial attraction as solely a matter of personal preference.”

There aren’t many places left in society where you can get away with saying something like “No blacks.” Not in Brooklyn, at least. So why do such a significant portion of gay men feel comfortable writing it on their profiles? The answer most likely relates back to what we said earlier: the anonymity of the Internet provides a certain leeway to express oneself in a way that might otherwise be avoided.

And who easier to target than members of a community already hit by cemented racial stereotypes? When it comes to sex in particular, certain stigmas tend to fall on both black and Asian individuals regarding penis size. Rox says, “I talk with plenty of gay people who say that’s the reason they don’t want to hook up with these racial groups.”

It’s also true that certain areas tend to be populated by certain demographics. And though most online dating apps operate in accordance to location, exclusionary politics knows no bounds.

LeNair Xavier, 44, tells AlterNet, “It’s offensive in general, but it’s even more offensive when I see a person who comes to my neighborhood — which when I was growing up was primarily black, and is just now getting gentrified — and writes a profile that says something like ‘no blacks.’”

“That comes from the whole attitude of white entitlement or white privilege. It’s like, you’re going to bring that to Bedstuy, Brooklyn? Of all places. Are you serious?”

We’ve reached a point in time where diversity has become something to celebrate. If there’s one thing our techno-based society offers, it’s access to different values, different identities and different cultures. So why do some seem so resistant to embrace them?

Evolutionary psychologist Ethan Gregory suggests some current behaviors can be attributed to what helped us survive in the past. He says, “Safety for us meant sticking within the group where we had resources and mates. Strangers were potentially dangerous to interact with.”

“Fast-forward to today, where we live in a multicultural world, American culture claims itself as a melting pot, but in our homes we develop a preference for those that we are most comfortable with, and that typically means same ethnicity/race as ourselves,” he continued. “It takes open-mindedness and bravery to buck tradition and date outside of one's own ethnicity. Props to those brave souls that are willing to not only step out of the closet, but to step out of their ethnic comfort zones as well.”

Differences can be scary, especially when applied to sexual interactions. Mikey Rox explains, “I think most people are just afraid. It’s different. It’s different skin, different colors; you just sort of don’t know what to make of it. Different nationalities circumcise, some don’t. Things look different down there. And that can be frightening to someone who hasn’t seen something like that before.”

There are those who will advise against placing a racial preference on one’s profile. But maybe it’s not all bad that some do. As Rox says, “There’s a silver lining, I suppose. It can give you a pretty good view into that person’s personality and how they treat other people.”