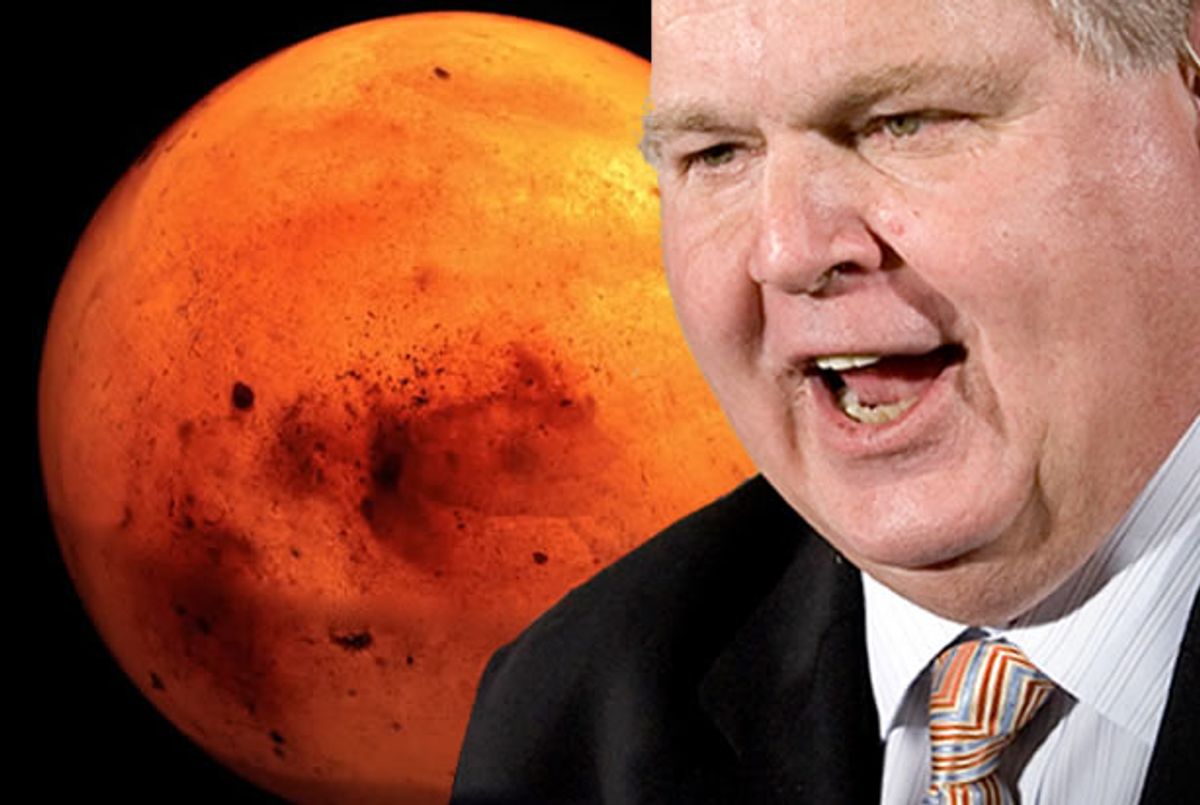 On his radio program Monday, Rush Limbaugh claimed that NASA's announcement of the discovery of flowing water on Mars is part of some larger plan by the Obama administration "to advance the leftist agenda."

He admitted that he doesn't "know what it is, I would assume it would be something to do with global warming," speculating that NASA would "find a graveyard" from "an advanced civilization" that crumbled because of climate change.

The reason for what can best be called his unhealthy skepticism is that "NASA has been corrupted by the current regime."

"So what's to stop them from making up something that happened on Mars that will help advance their left-wing agenda on this planet?" he asked.

Watch a "Best Of" compilation of Limbaugh's ignorant, conspiratorial ranting about Mars below via Media Matters.