The unexpected upshot of John Boehner's ouster: The Trans-Pacific Partnership is in danger 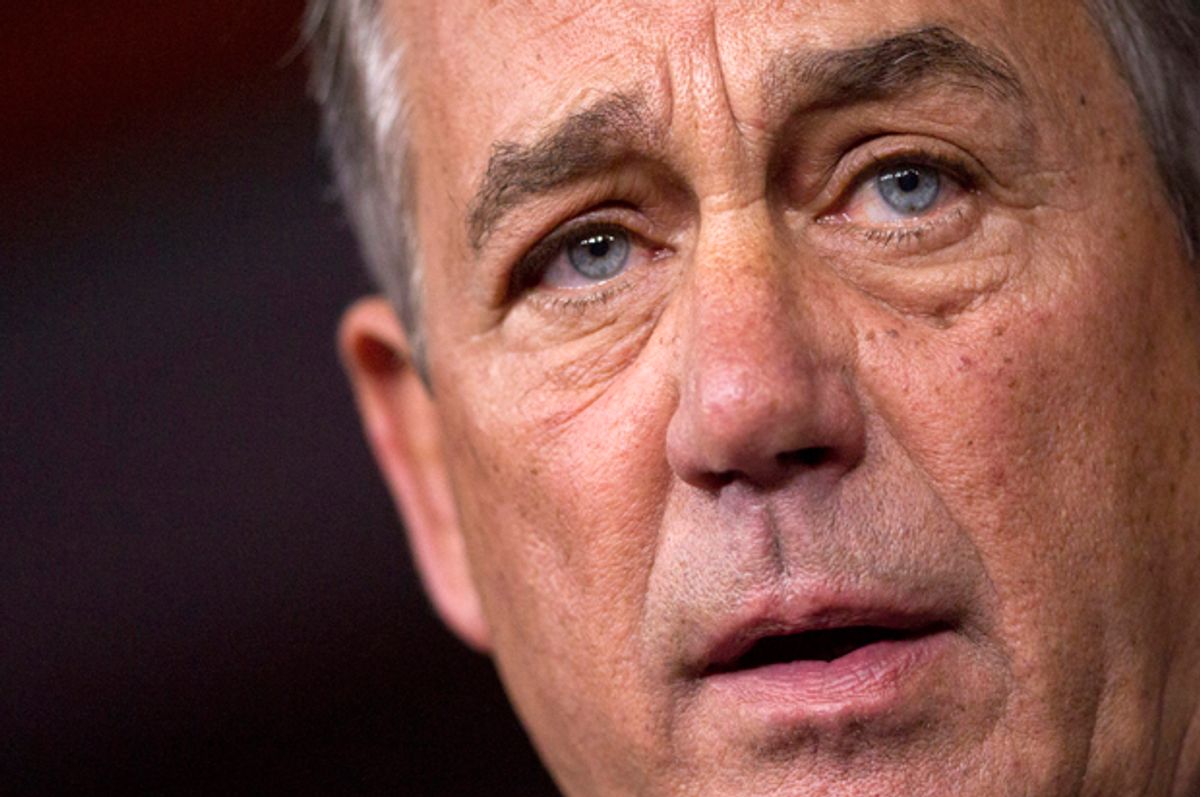 We have heard so little about the Trans-Pacific Partnership over the past couple of months that you’d be forgiven for thinking that the Obama administration simply abandoned it. But tomorrow, representatives from the 12 TPP nations assemble in Atlanta for a two-day meeting designed to produce a final agreement.

Previous “final” talks in Maui revealed multiple hurdles, from dairy markets to auto parts manufacturing to the length of prescription drug patents. But this Atlanta meeting was abruptly put together, suggesting progress on the sidelines. While nobody thought TPP could conclude before Canada’s parliamentary campaign ends Oct. 19, the New Zealand prime minister said Canada is “negotiating as if there’s no election.”

But even if negotiators work out a tentative agreement this week, the biggest announcement on TPP may have already happened. That would be last Friday’s resignation of House Speaker John Boehner.

Trade promotion authority, which allows the president to negotiate trade agreements and bring them to Congress for an expedited vote, barely passed the House earlier this year. Fifty-four Republicans voted against it, among them practically all the ringleaders of the campaign against Boehner – like Mark Meadows, R-N.C., who took the leadership role in ousting him; David Brat, the man who upset Eric Cantor and took his House seat; Jim Jordan, chairman of the anti-Boehner House Freedom Caucus; and 23 members of that caucus in all.

Obviously, those who spurred the Boehner revolt are emboldened by their apparent victory. In the short term this will not bear fruit. Boehner has vowed to use his final month to prevent a government shutdown and defuse other potential crises. He could reauthorize the Export-Import Bank, pass highway spending, and even raise the debt ceiling. “I want to clean the barn up a little bit before the next person gets here,” Boehner said on "Face the Nation" on Sunday.

But the peculiarities of trade promotion authority make it impossible for Boehner to be in the speaker’s office when TPP comes up for a vote. Under the law, even if trade officials announce an agreement today, they must provide notification to Congress, wait 30 days, and then post the deal’s text on a public website for an additional 60 days before signing. Then there’s another 30 to 60 days where the administration must submit the final legal text and describe what changes to U.S. law must be put into implementing legislation. Only after that does the congressional process start.

What this all means is that an agreement announced at the end of the ministerial meetings could not reach Congress until Feb. 1, 2016, at the very earliest. Trade expert Lori Wallach of Public Citizen puts the earliest possible date at Feb. 15. And these are based on very accelerated timelines that assume no slip-ups or delays when the legal text gets scrubbed.

Wallach correctly calls this “the most politically perilous moment in U.S. politics.” Feb. 1 is the current scheduled date of the Iowa caucuses. And rank-and-file House Republicans would have to vote on TPP around the same time that potential challengers can raise the issue in their 2016 primaries.

Without a liberated John Boehner around to partner with Democrats, the task of shepherding through a trade agreement disliked by conservatives becomes difficult. After a potential blitz of legislation in October, right-wing House members will be frustrated and eager to flex their muscle. The new leadership – presumed Speaker Kevin McCarthy and his team – will have to look over their shoulders, mindful of exactly what happened to Boehner and what can happen to them if they get tangled in an issue opposed by the base. And the same right-wingers animated by Boehner’s perceived slights are also animated against TPP.

McCarthy is already assuring Republicans that he will take a tougher line against the president and for the “conservative cause.” Keep in mind that Obama sees TPP as among his top priorities for the “last quarter” of his presidency.

Conservatives disfavored trade promotion authority for a variety of reasons, the biggest being that it gave Obama expanded powers. But there’s an under-the-radar issue here: immigration. Far-right conservatives believe the deal will bring a flood of foreign workers into the U.S. and override federal immigration laws.

This may be dubious but it’s caught the ear of the 800-pound gorilla in the GOP presidential nomination – Donald Trump. He has built a fair degree of his campaign on opposition to TPP, and recently met with Jeff Sessions, a leading TPP opponent among conservatives, to talk trade. Heck, Trump wants to cancel NAFTA, along with stopping any Obama-negotiated trade agreements. “We need fair trade, not free trade,” Trump told 60 Minutes on Sunday, sounding more like Dick Gephardt than a conservative. But he has the ear of a significant portion of the conservative base.

Given all these forces, how exactly will the House muster the votes necessary to pass TPP, after the text has been available (and demagogue-able) for months? What House Republican will vote to give Obama a long-sought victory, after seeing the outcome of the House speaker who committed the offense of merely not wanting to embark on a futile fight over defunding Planned Parenthood? And while a few corporate Democrats have joined with Obama to support TPP, how many would McCarthy need – and could he even try to get them, given the power of the naysayers to his right?

Maybe if there weren't a clear example of what happens to GOP leaders who are seen as betraying the base, Republican elites could fend off resistance to TPP. That seems remote now given the Boehner outcome. Renegade conservatives, with positive feedback from the presidential campaign at their back, could simply make it impossible for TPP to pass.

We don’t even know if the meetings in Atlanta can produce a deal, given all the deadlocks and unresolved provisions between the nations involved. But even if there’s a big announcement this week, don’t get ahead of yourself, because the administration won’t have John Boehner in their corner to help them this time.