Is it the same show without irony, skepticism and bitterness? 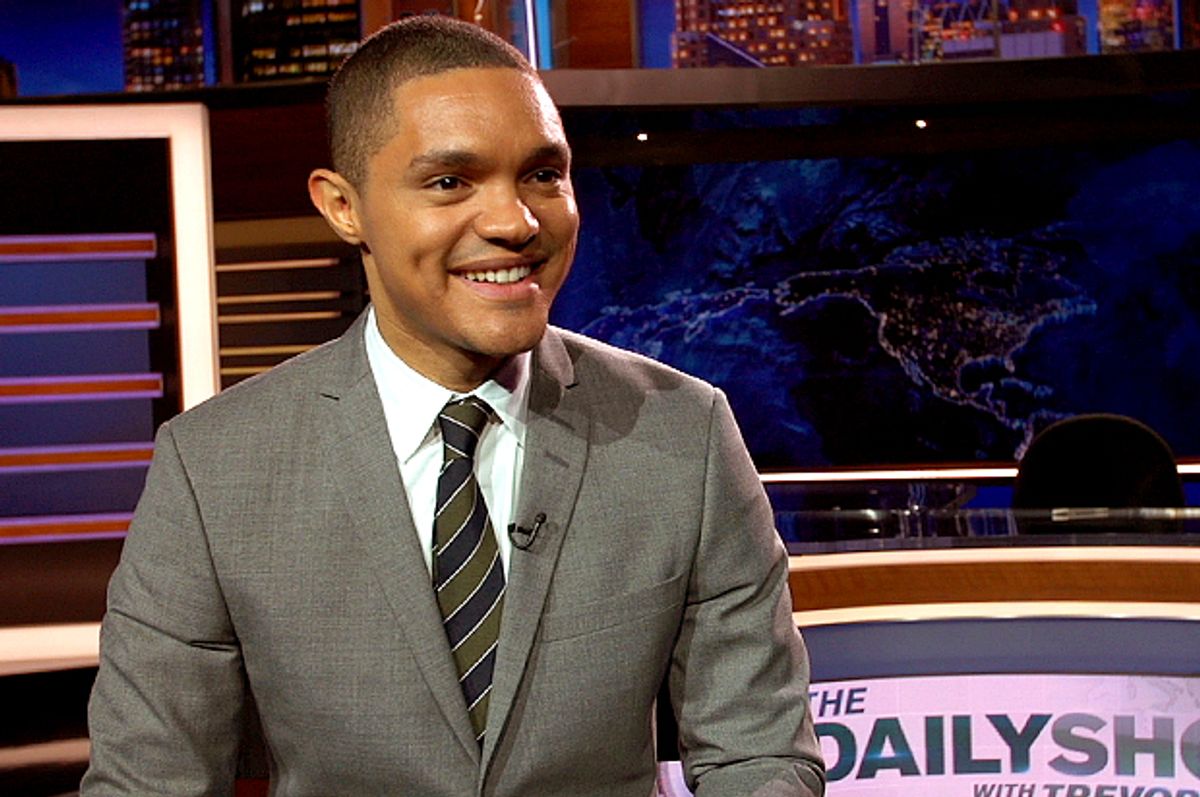 Not everybody loved Noah’s first episode, and some viewers were disappointed. But because the writing staff and much of the format of the show – even the “Moment of Zen” – remains unchanged, there’s been talk about how seamless the transition will be.

The bigger problem, and the deeper shift -- at least for those of us in the once feared, now-overlooked Generation X -- is that Noah, for all his charm and apparent good nature, seemed to be burying us.

It started, almost imperceptibly, pretty early in the program, when the 31-year-old host mentioned how people would be watching the show at home or, ah, on their phones. Okay, whatever; even we Xers know people do that. But before long we had references to Jon Stewart as a departed dad, as “the crazy old dude who left his inheritance to some random kid in Africa,” jokes about emojis and sexting, and an adolescent riff about the pope’s penis. (The jokes on the offensive side of the spectrum seemed to be imported directly from millennial-dominated social media.)

And the interview with comedian Kevin Hart – with softball questions about how to tell a joke and the importance of physical fitness – wasn’t just awful celebrity ass-kissing (which is hardly unknown on late-night television) but a true irony-free experience.

It’s natural – inevitable, even -- for television shows (and Hollywood studios, and political parties), to strive for a younger demographic. (Advertisers drive it.) Everyone knew that Noah was more than two decades younger than Stewart, and that he would bring a younger audience with him.

But it’s also natural to be shocked when the shift comes. Even if, like most Xers, you were aware that history tends to skip from Boomers to Millennials and leave us out. Despite months of anticipation and learning about the new host, we may not have quite digested just what this particular generational shift — and the 21-year gap between the two anchors — would mean for "The Daily Show," especially for its political satire.

Stewart, born in 1962 -- and 52 years old at the time of his departure -- was on the younger side of the Baby Boom generation. (He’s a few years younger than Bob Mould, former leader of the band Hüsker Dü, who wrote the show’s theme song.) But in his disillusionment and bitterness, Stewart was, like Mould, in a lot of ways an honorary Xer: He’d seen the dream go bad. His most enduring idea – the “war on bullsh*t,” which is no longer bleeped in the younger-themed show – is a consummate X call to arms.

And as Stewart had gotten older hosting the show, so had his audience, as FiveThirtyEight noted earlier this year: “The median age of “Daily Show” viewers rose from 35 in 2004 to 40.5 in 2014.” Both, of course, are firmly within the X demographic, even if Stewart technically is not.

Many of last night's "Daily Show" jokes skewed younger — emoji and sexting gags, for example — but it did so not only with content, but also with tone. Beyond all the irony, Stewart was a fierce warrior and, at times, a bitterly disappointed one. The angst and despair and skepticism are, at least after one episode, very hard to find at Noah's desk. Same with a sense that politics really matters and has real-life consequences, something that "Daily Show" alum John Oliver (born, in 1977, at the younger end of X) excels at demonstrating on HBO's "Last Week Tonight."

Does Noah – and do his younger viewers – deserve a chance to try it his way? Can progressive politics be built on a Millennial-style sense of possibility rather than the Xer’s irony and disappointment? Will the show’s political edge sharpen?

Sure, maybe, and possibly. Until then, though, the new version of “The Daily Show” will seem a bit like the retro-cool bar that used to play Pavement and George Clinton and early Liz Phair, but one night pulls “Exile in Guyville” off the CD player and starts streaming Imagine Dragons and Taylor Swift. Maybe it’s not an improvement. But it’s their party now.