Lessons from "The Beast Side": "Imagine how the cops would have reacted if a hate-spewing, black extremist had shot up a white church"

D. Watkins' new book takes an unflinching look at living (and dying) while black in America 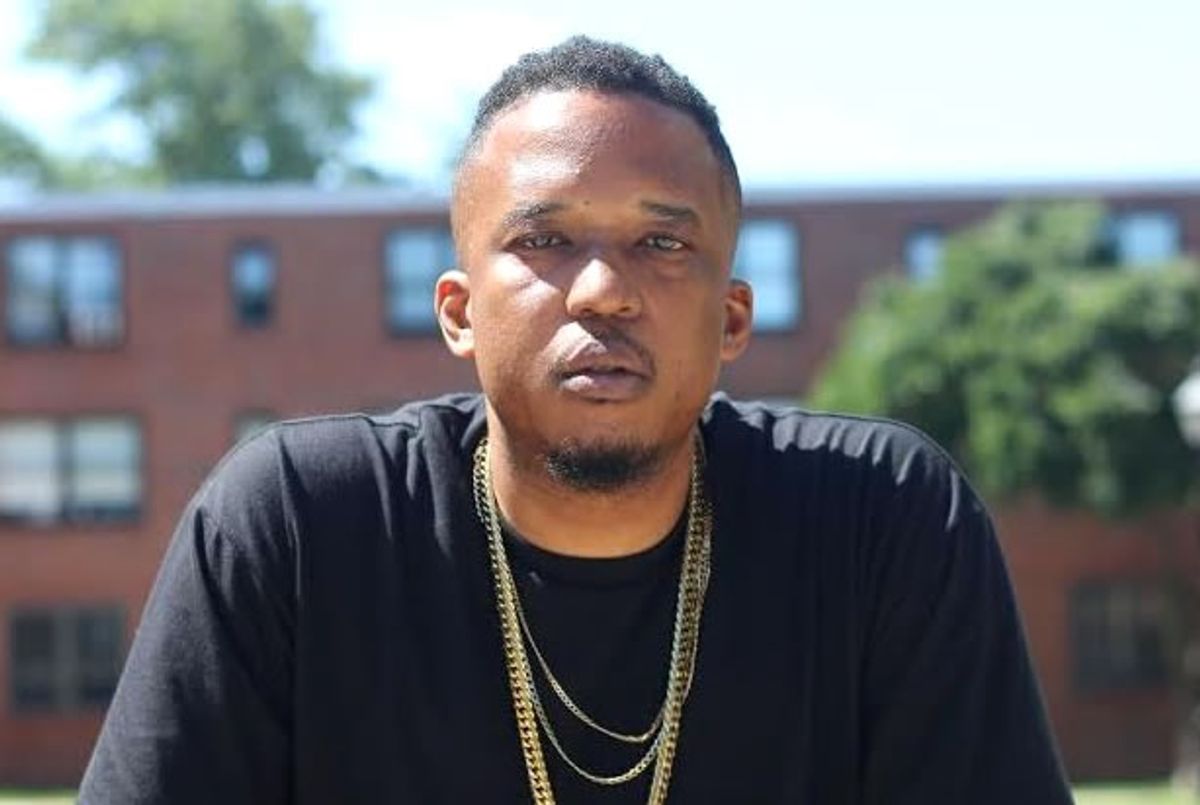 D. Watkins' "The Beast Side: Living (and Dying) While Black in America" is as eloquent as it is blunt in its firsthand account of how American society -- represented through brief stories from Watkins' own life shot through with pertinent socio-historical observations -- structurally devalues black lives. It's a polemic aimed not at the member of the communities represented in its pages so much as the white communities whose privilege hems in its protagonists' lives.

In the introduction, Watkins presents what could be considered the Ur-example of white privilege, the manner in which the police treated Dylann Storm Roof, the young white supremacist who murdered nine parishioners in an historically black Charleston, South Carolina church earlier this year. Despite the fact that police believed him to be heavily armed, when they approach his vehicle he is taken into custody without incident; when he tells them he's hungry, the police treat him to Burger King; and when he's transported to court, he's provided with a bullet-proof vest. "Imagine how the cops would have reacted if a hate-spewing, black extremist had shot up a white church prayer meeting, telling his victims as he blasted them at point-blank range, 'I'll give you something to pray about'?" For white readers, it's a useful thought experiment -- for black readers, it's an unnecessary one.

Each of the short vignettes that occupy the first half of "The Beast Side" attempt to dispel white stereotypes of inner city America via a give-and-take with bigotry, as in "Lessons of a Former Dope Dealer," which openly acknowledges that while many black youths turn to the drug trade, they apply an "inner city work ethic" that, "had they been exposed to a different way of life [would have had them] running a Fortune 500 company today." It's not the mythical inherent laziness of the so-called "welfare queen" that keeps these communities of "grinding grandma[s]" from elevating themselves out of poverty -- it's simply a lack of opportunity. Theirs is no culture of dependence, as conservatives like to argue, and the drug trade is evidence of this. As Watkins notes, the "hardworking people like us...are forced to create our own industries as a direct result of being isolated by society," which means the real question is why "employment inequality for African-Americans [is] always identified as laziness."

Given that it's intended as an education for a white audience on matters that its black audience implicitly understands, it's not surprising that "The Beast Side" is at its most effective when Watkins' stories involve complex figures whose lives would be starkly different if they weren't black. There's the rapper "Young Moose" in "Crimes of the Art," whose past as a drug dealer then fueled his music, and whose lyrics then earned him a probation violation bust when he uploaded a video to YouTube. "To many people," Watkins writes, "what Moose does isn't art at all; it's just evidence." David Simon and Martin Scorsese can write and direct violent epics about life in the inner city without it being used as evidence that they're involved in criminal activity, but Moose can't. Or, as Watkins puts it, "[s]o now being black and from the ghetto bars you from artistic expression?"

On one hand, Moose's life conforms to white conservatives' narrative about life in the inner city -- publish an article about the #BlackLivesMatter movement and your inbox will fill with emails about how "the animals" treat each other in President Obama's adopted hometown of Chicago, for example -- but on the other hand, it demonstrates just how little white conservative America cares to know about the circumstances that constrict the lives of people like Moose. Ask any self-identifying member of the Tea Party which of his or her rights are being actively abridged by the Obama administration, and after a short lecture on the Second Amendment, you'll learn about all the First Amendment speech protections that've fallen by the wayside in the past seven years -- even though, of course, they haven't. But conservatives' emotional connection to these imagined violations of their First Amendment rights is far more important, in their minds, than the legal and structural curtailing of Moose's right to self-expression — because black people in the inner city are, essentially, only hypothetical humans to them.

Black people exist for conservative white America only as actors in a pernicious narrative about communities hell-bent on self-destruction, not as complex humans cornered in an impossible economy. Watkins' book could act as a corrective for those who believe they already know how to "solve" the "moral problem" of those who live in the inner city. Because first and foremost, it demonstrates that there is no simple moral problem to be solved after all — the amelioration of conditions in the inner city will require an economic and educational calculus far more complex than self-styled saviors of Black America like Bill O'Reilly would even dare imagine. More importantly, "The Beast Side" demonstrates that black inner-city residents are eminently worthy of salvation -- yes, they may be current slingers or former dealers, high right now or recovering addicts, or they may just be hard-working people incapable of escaping the inner city, but that doesn't mean they should be forgotten or, even worse, deliberately ignored.

With strong, sober voices like Watkins' giving air to their grievances, there's hope that they soon won't be.