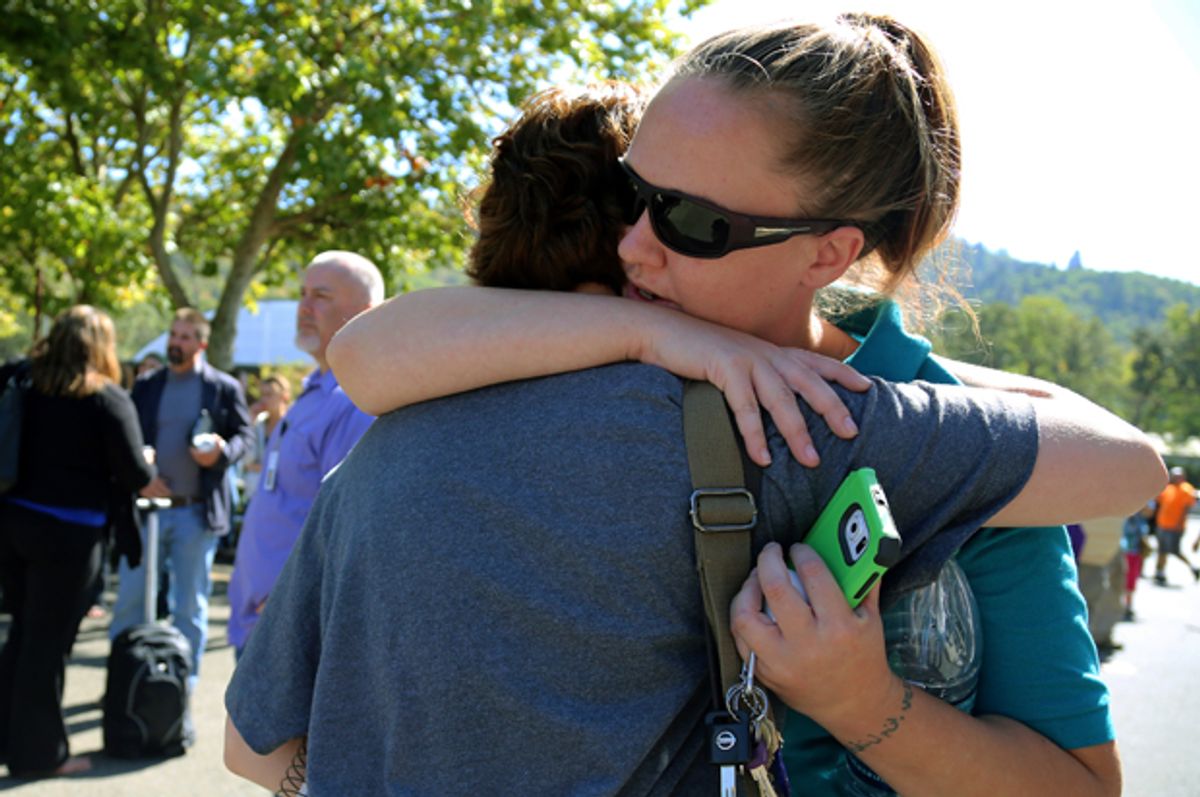 (This article will be constantly updated as more information is released.)

At the moment, little is known about the circumstances surrounding a school shooting in Roseburg, Oregon. Authorities have confirmed that at least 10 people -- and possibly as many as 15 -- have been killed, including the gunman, with another 20 wounded at Umpqua Community College.

The first 911 calls reportedly were received at 10:38 a.m. Pacific Standard Time. David Jaques of the Roseburg Beacon told CNN that the shooting was confined to a single classroom, and that the shooter was male. Subsequent reports contradict Jaques' report, however, saying that the shooter moved between multiple rooms before being "neutralized." It's unclear what "neutralized" means, although CNN's Jake Tapper reported that the shooter is allegedly dead.

CNN is reporting that police told dispatchers that they had exchanged shots with a male on the south side of Snyder Hall. They obtained a transcript of the conversation between police and dispatchers via Douglas County officials.

A report from the Oregonian that the shooter posted a "warning" on social media earlier this morning. It is also possible that the shooter started this thread Wednesday night, but at the moment that can't be confirmed -- although CNN reports that "authorities believe it to authentic."

Oregon Gov. Kate Brown (D) said in a news conference Thursday afternoon that the suspect was a 20-year-old male who is now deceased.

CNN is reporting that Douglas County Commissioner Chris Boice said that the shooter has been detained, although authorities are still saying that the scene has not yet been secured. It is, however, no longer an active shooting situation. The campus is still in lockdown, although at least two school buses containing students who have been searched have left the campus.

The ATF is on the scene, and K9 teams are en route to search for explosives.