Author Dale Russakoff on Zuckerberg, Christie and Booker's plan to remake Newark schools. Something got in the way 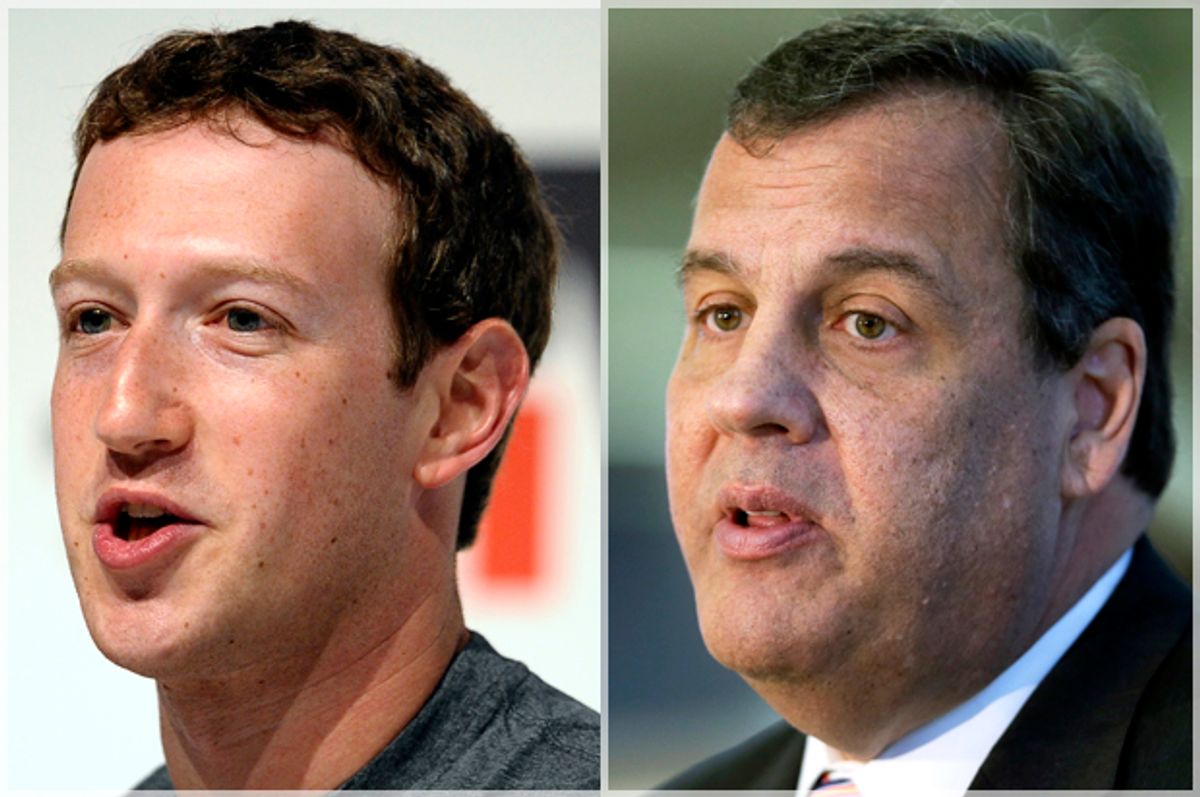 Q: As someone who spends a fair amount of time poking around in the smoldering wreckage of urban public education, I often get the sense that education reform advocates don’t have a plan for what’s going to happen to the kids reform leaves behind—the ones who remain in what’s left of the public schools after the traditional system has been disrupted. But in Newark, as you document in your new book "The Prize: Who's In Charge of America's Schools," this was literally the case. There was no plan.

A: No, there really wasn’t a plan. What I heard the reformers saying was: 'Well, it will shake out.' The teachers in the schools that were closing would be laid off but the really good ones would be hired by charters so they’d still be in the community, and the kids would find their way back to good teachers. And I just thought, well, there’s so much in between closing the the schools and kids finding their way to good teachers. How is that going to happen? If you view the world as a business model, an idea like that looks like it makes sense but if you’re on the street living the lives of these children and these families it doesn’t happen so smoothly. I do think, by the way, that there’s some soul searching going on in lots of places about the top-down nature of reform—having outsiders with outside money come in and do reform to communities instead of with communities. The question of what happens to the other kids is one that’s been missing from the agenda and may now be finding its way onto it.

Your book starts with Facebook CEO Mark Zuckerberg’s decision to give $100 million to transform the Newark schools. One of the surprising parts of the story is just how involved Facebook was, including Sheryl Sandberg, who seems to have spent a lot of time encouraging reform leaders like Cory Booker to "lean in" and listen to the community.

Sandberg kept writing emails saying: 'This piece is so important—it has to be a priority. What are you doing to have the community informed and involved?' She was very aware of the fact that this was going to be announced on national television and that the community wasn’t going to know anything about it.

Of course, as you chronicle, the top-down vision of "disruptive transformation" won the day. But reading the book, it’s hard to imagine that this kind of reform could be done any way besides from above. Do you think this is the choice that people in Newark would have made if they’d been given the choice?

Do you mean would they choose to have the charter system expand and the district collapse? Someone said to me that they didn’t understand why there was so much opposition if there’s also so much of a constituency that wants to put their kids in charters in Newark. But the proponents and opponents are often the same people. They want to put their children in a charter school but they haven’t really reckoned with the cost of that. Somebody, probably somebody in their own family, or their neighbor, is going to get laid off. Or they might have another child who is in a district school and that school might suffer as a result of cutbacks or teacher upheaval, or the services the child has might disappear. Everybody in Newark is experiencing both trends at the same time.

They want to put their children in a charter school but they haven’t really reckoned with the cost of that. Somebody, probably somebody in their own family, or their neighbor, is going to get laid off. Or they might have another child who is in a district school and that school might suffer as a result of cutbacks or teacher upheaval, or the services the child has might disappear.

For all of her flaws, Superintendent Cami Anderson seems to have understood this. You quote her as telling a group of funders that *we’re raising the poverty level in Newark in the name of school reform.* She seemed very aware of the fact that blowing up the district was going to mean putting a lot of people out of work, especially low-skilled workers who’d earned decent wages and benefits from the school system that they’d most likely never see again.

For years the Newark school district was almost like a combination of a patronage system and an employment agency as well as an organization that was supposed to educate children. And this is in a city that was becoming poorer and poorer with fewer and fewer jobs that paid families sustaining wages. I think politicians routinely created jobs in the school district to employ people who were poor or whose families were falling apart or who knew the right people. I don’t think this is unique to Newark, by the way. But the end result was that there was a whole combination of jobs that, if you were starting today like the charter schools are, you wouldn’t have, because those jobs cost a lot of money. On the other hand if you just go through and eliminate all those jobs you’re going to destabilize a lot of families in Newark. There are 7,000 employees in the school district, and a lot of those families have kids in the Newark Public Schools. Is that going to be good for learning? It’s a terribly terribly tough set of choices.

You tell the story of a teacher named Princess Williams, who was from Newark, and what a big deal it was to her kindergarten students that she was essentially one of them. But the reform vision for Newark, like every city I’ve seen, seems to have started from the point of view that it was talent desert, hence the need to erect a "robust talent pipeline" from elsewhere.

What was so interesting was that [Williams’] students just kind of knew she was from Newark without her having to tell them.She was so recognizable to them and they were immediately at peace and at ease in her classroom. If the reformers recognized that there were teachers like Princess Williams in Newark, it never came up. When they had meetings early on to talk about how to structure the whole reform effort, there was no one at the table who had ever worked in the Newark schools. I think the reformers look at the people from Newark and they don’t see that these people have the expertise. Instead they hire a consulting firm of people who look like them and pay search firms large amounts of money to bring the talent into Newark. You’d hear again and again that "Newark is close to a huge talent pool," meaning New York City or beyond but never Newark itself.

When they had meetings early on to talk about how to structure the whole reform effort, there was no one at the table who had ever worked in the Newark schools.

The book ends on a semi-hopeful note, in part because you seem convinced that Facebook CEO Mark Zuckerberg actually learned something as a result of what happened in Newark. I’m curious about who you think didn’t learn anything.

I don’t think Chris Christie learned anything. In fact, I just saw a clip where Christie says that everything went very well in Newark and he made the claim that they’d "bought out the bad teachers." That never happened. He raised $20 million, mostly from his own donors, but under federal pension law, if you’re going to offer a buyout, you have to offer it to everyone in a particular job category. They ended up not spending that money; it’s still sitting there. Christie’s donors, like [Home Depot founder] Ken Langone and hedge funder Julian Robertson, have been saying publicly *we bought out the bad teachers.* But there haven’t been ANY buyouts of teachers in Newark. It isn’t allowed under federal law.

In a book filled with astonishing statements, I’m going to go ahead and pronounce that the single most astonishing utterance was uttered by Chris Cerf, née New Jersey Department of Education, née Amplify, now installed as the state-appointed superintendent of what’s left of the Newark Public Schools. (It’s on page 211 for readers who are following along at home.) For everyone else, I’m helpfully displaying Cerf’s quote here:

*You have no chance of giving these kids the lives they deserve if you don’t essentially override the local political infrastructure—no chance at all. I honestly don’t think there’s a logic-based counterargument to that…There’s no chance this political culture would have been able to rise above the question of who gets what. They had their chance.*

Two questions: when did Cerf say that, and do you think he regrets his choice of words?

Cerf said that very shortly before he came back to Newark to become superintendent. After he told me that, I actually sent the quote back to him and said "I just wanted to make sure that this is what you want to say." And he said "Oh yeah—that’s what I want to say."

Some people—say this gentleman—will probably argue that your book makes the case for charterizing entire districts like Newark. After all, there’s no need to worry about a plan for the kids left in smoldering district schools if all of the seats are high performing.

Just because a school is a charter doesn’t mean it’s a good school. And charter schools don’t have public governance, they have private governance. Since charters by definition aren’t good or bad—they’re only as good as their teachers and leaders—why not try to make the district more efficient so that you can have publicly governed schools and a publicly governed system responding to the needs of Newark kids and the concerns of the community? Then make sure those schools have the resources and have good staff and leaders. Everybody has to be involved in making that happen: the district, the union, the reformers, the anti-refomers. It needs to be a real enterprise. This is basically the challenge confronting every urban district: how do you get the resources to the classroom so that teachers in urban schools can reach the kids in ways that are really going to help them be ready to learn? I think we have to recognize how kids in our cities are living. In Newark for a lot of kids it’s as if they live in a war zone.