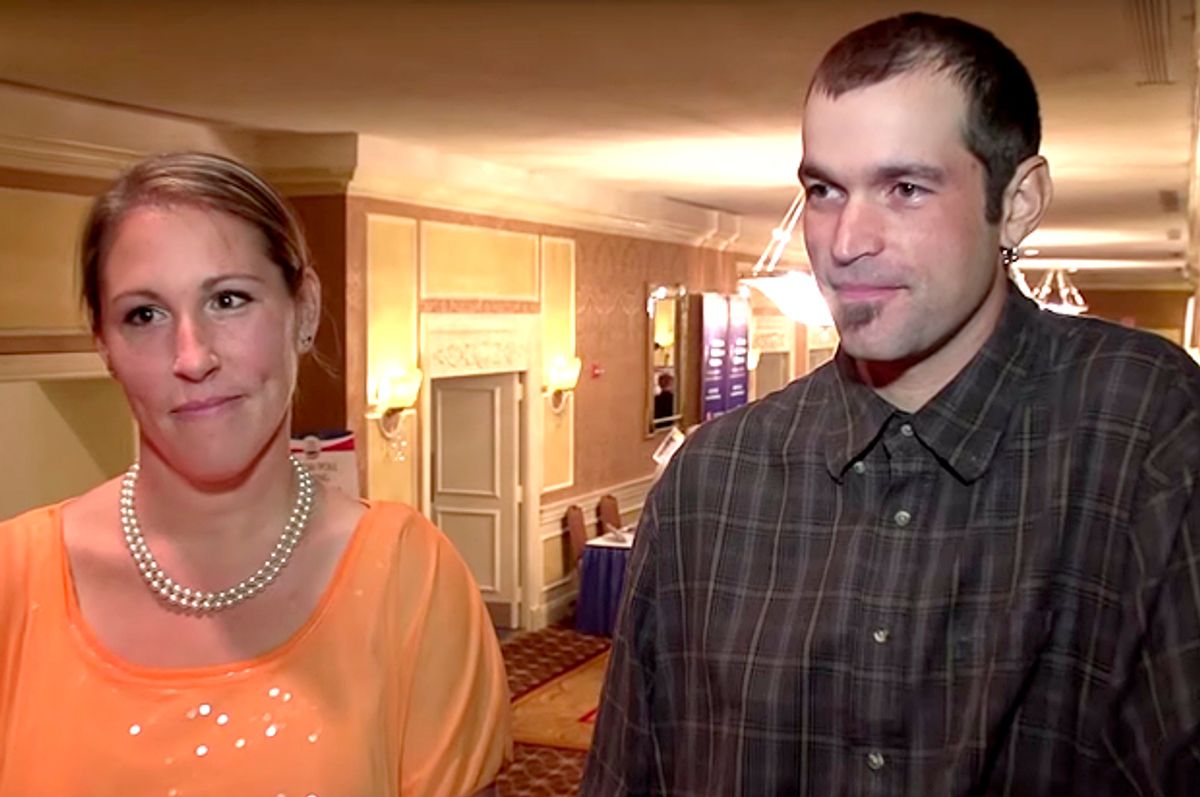 Over the past several weeks, we've been watching the saga of Kim Davis, the world's most defiantly determined not to uphold the Constitution county clerk in America, unfold. But like a comet that regularly circles back into our orbit of national attention, behold again Aaron and Melissa Klein — the Oregon couple who, like Davis, excel at not doing their jobs. The Kleins, who own Sweet Cakes by Melissa, first gained national attention nearly three years ago, when news emerged they refused to create a wedding cake for a local lesbian couple. The women claimed Mr. Klein told them they were "abominations to the Lord," and Klein told reporters, "They’re making a choice to do what they’re doing; I’m making a choice to not be a part of it." The bakery shut down soon after, and the couple now run their business from their home.

This past spring, the Oregon Bureau of Labor and Industries ruled that "The bakery is not a religious institution under the law," and ordered the Kleins to pay the couple they'd refused an impressive $135,000 in damages. On Facebook, the Kleins, with no apparent sense of irony, said at the time, "This has been a terrible ordeal for our entire family. We never imagined finding ourselves caught up in a fight for social justice…. We were determined to ensure that this kind of blatant discrimination never happened to another couple, another family, another Oregonian." And because you can always find support for turning away gay people, their fans raised a record shattering amount in crowdfunding. Even after GoFundMe swiftly canceled their campaign, declaring it "in violation of our Terms and Conditions… the subjects of the ‘Support Sweet Cakes By Melissa’ campaign have been formally charged by local authorities and found to be in violation of Oregon state law concerning discriminatory acts. Accordingly, the campaign has been disabled," GoFundMe still allowed that "The money raised thus far will still be made available for withdrawal." The Kleins' cause was then picked up elsewhere, with Christian crowdfunder Continue to Give vowing to "help the Kleins through this hard time as they fight for religious freedom… If they are forced to pay the damages to the lesbian couple they will be in much worse shape than they are now."

But now, despite raising what Willamette Week reports as nearly half a million dollars, the Kleins simply aren't paying up. Their attorney has two times asked for a stay in the order to pay, saying that forcing them to pay would lead to "financial ruin." But Oregon BOLI Commissioner Brad Avakian has refused the request, saying in his recent denial, "Respondents present no evidence to support their claim they face 'financial ruin' except to state that Respondents' business is closed." In September, the Kleins' attorney Herbert Grey wrote to BOLI's chief prosecutor Jenn Gaddis that "Our clients do not have a bond or irrevocable letter of credit in place and have no further plans to obtain one."

Here's the thing: Despite my ardent belief that only a narrow-minded bigot would turn down a loving couple's request for a wedding cake, I nevertheless have serious questions about  the ruling against the Kleins. I have concerns about the implications of telling independent contractors they cannot pick and choose their clients for work for hire jobs. And sure enough, earlier this year, a Colorado bakery found itself challenged — when a customer came in requesting bible-shaped cakes that read "God hates gays." But when you're ordered to cough up, you cough up. When you've raise a ton of money from your fellow narrow-minded bigots, you pay up. And if you're so dead set on living biblically, you start by rending unto Caesar what is Caesar's.