4chan and the Oregon shooter: What the suspicious thread says about a horrifying subculture of young male rage 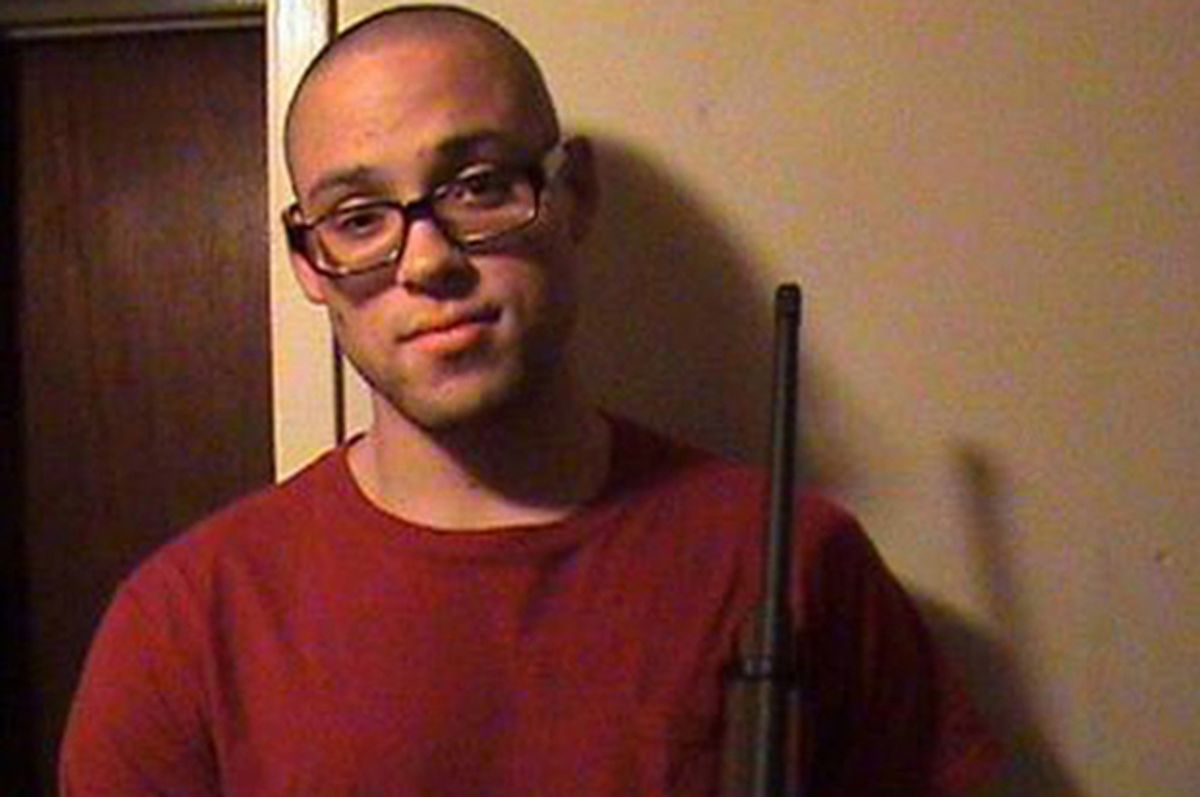 It may have been a direct warning. It may have been just a coincidence. And regardless of which scenario is true, the fact we can't yet be sure should tell you plenty already about the horrifying subculture of murderously angry young men out there.

As law enforcement and the press scrambled for information in the wake of Thursday's mass shooting at Oregon's Umpqua Community College, which left ten people dead and seven wounded, Federal officials announced they were investigating a recent 4chan exchange that appeared to predict the rampage. In a cryptic post on the /r9k board on Wednesday, an anonymous poster with an image of Pepe the Frog holding a gun reportedly posted, "Some of you guys are alright. Don’t go to school tomorrow if you are in the northwest. happening thread will be posted tomorrow morning. so long space robots."

After the shooting, some users noted that a well-known figure on the board who goes by Eggman had in August posted a video declaring "I'm done with r9k" and on Wednesday had added another video saying, "Anybody in the Seattle area, the Washington area, and want me to come, like, couch surf at their house or whatever, just hit me up dawg. I’m going to be here a few days." Predictably, speculation soon ran rampant that Eggman was the shooter. But the killer was later identified as someone else — 26 year-old Chris Harper Mercer.

Was Mercer the 4chan user who issued the warning? The timing is certainly eerie. But what's demoralizing is that it could easily have been the rambling of just one more loathsome 4chan troll in an ocean of loathsome 4chan trolls. The post was immediately greeted with a Christmas Eve level excitement — the first reply was, "Is beta uprising finally going down? You might want to chillax and not alert police." See, in the sad world of frustrated men who dwell in the lowest reaches of online community, males can divide themselves into "alphas" — self-aggrandizing, openly hostile followers of pick up artist culture, and betas, the poor misunderstood, passed over men who will have their glorious day of revenge. Does this talk of alphas and betas sound familiar? Maybe you remember getting the tutorial a year and a half ago, when another young man, Elliot Rodger, went on a deadly spree.

Responding to the original poster, other users jumped in with helpful feedback. One person told him, "I suggest you enter a classroom and tell people that you will take them as hostages. Make everyone get in one corner and then open fire. Make sure that there is no way that someone can disarm you as it it possible. I suggest you carry a knife on your belt as last resort if someone is holding your gun." Another suggested, "You might want to target a girls school which is safer because there are no beta males throwing themselves for their rescue. Do not use a shotgun. I would suggest a powerful assault rifle and a pistol or 2x pistols. Possibly the type of pistols who have 15+ ammo." Someone else posted a photo of Elliot Rodger with the message, "It takes a great man to do great things. Become Legendary." Someone else, concerned, asked, "You're only shooting college age students, correct? I have grandparents that live up there," while another person encouraged discretion, telling him to aim for the "Chads and Stacies who have scorned many and yourself. You'll do the world a favor by purging part of the population that only exists to consume resources and act for themselves." And one person posted hopefully, "I am so excited for this. If this comes true then thank you for my late birthday gift anon."

Yes, some other participants chimed in to say, "Nobody cares you're pathetic and this is why no one likes you," but the amount of enthusiastic support the post received is nauseating. And after the news of the shooting broke? "HE DID IT ONE OF US ONE OF US." "You made us proud today, son. You made us proud." One of the more rational comments came from the man who said,"Wanting to KILL EVERYONE (including yourself) is a symptom of having male emotions," because at least he added, "Ya gotta get some distance mentally... but more importantly, you have to turn around and feel, just feel."

Not every frustrated male with mental health issues posting about how "Our hero showed us the light and a reason to live" is going to go out and do what Mercer did. What Rodger did. What Roof did. But it should be clear that guys like this are there, all the time, so full of fury at the world and the regular people living in it that they are delighted at the prospect of their deaths. And when it happens, they celebrate it. So maybe Chris Harper Mercer wasn't really in that 4chan thread on Wednesday. The sickening thing is, there are so many voices in it, just like his, how could you even tell?