Gun nuts, the ultimate thought police: Shutting down an open debate after yet another mass shooting

A community college reels from a horrific massacre. The right tells us (again) to ignore the elephant in the room 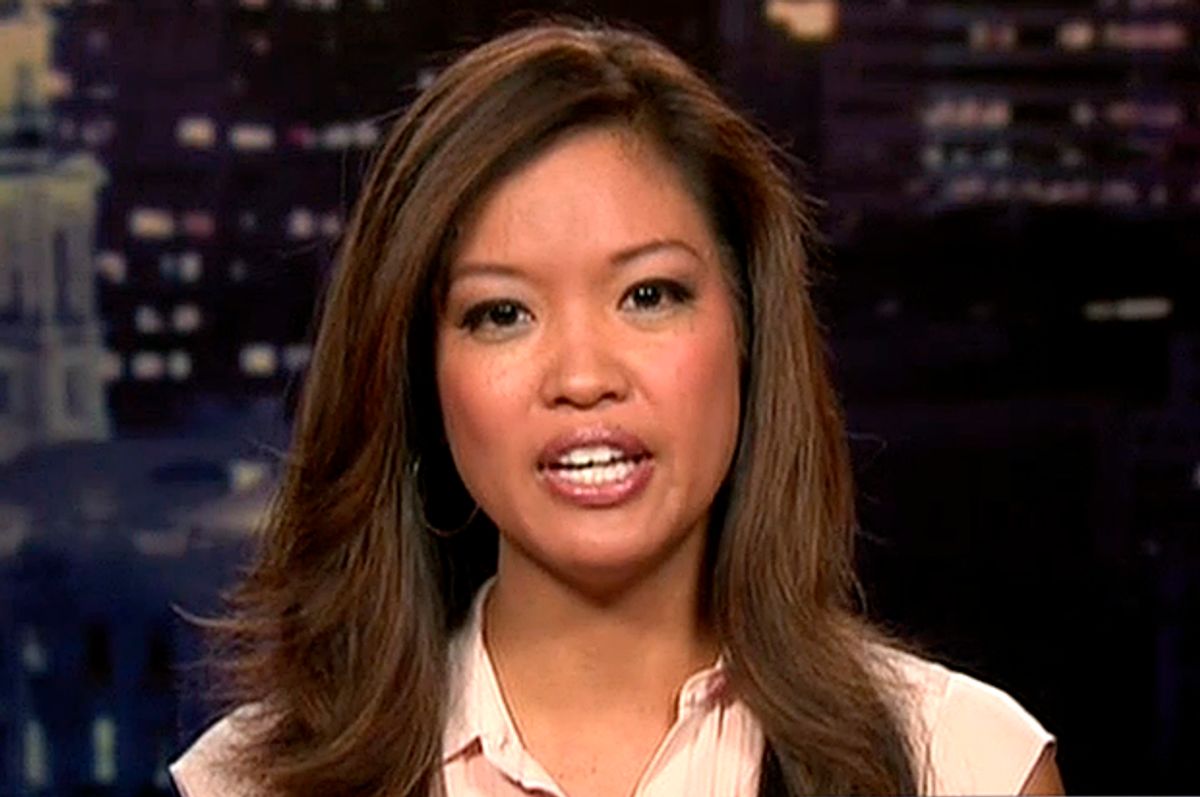 The number of dead and injured at Umpqua Community College in Oregon is unconfirmed as I write this on Thursday afternoon. Early reports said as many as 20 people were killed, but that has since been revised down to 10, with another 10 or so injured. As always happens in a chaotic news event like a mass shooting, it will take some time to sort it all out.

Often in the wake of an act like Thursday’s, I have suggested that the anti-gun control crowd have the decency to shut the fuck up for a day or two. That is because for all the caterwauling of gun control advocates, it seems clear to me that they have lost the fight. Contrary to the right-wing paranoia, the Second Amendment is in no danger of being repealed. It is nearly impossible to push even the mildest gun control measures through legislatures at either the federal or state level. The Senate took months to confirm our current surgeon general because he’d had the temerity to suggest research on the causes of gun violence might help us find solutions to reduce it. Gun nuts: You’ve won! It’s all over but the shooting shouting!

But no. The news barely broke before conservatives were all hands on deck to find scapegoats and spout the usual litany of talking points. You couldn’t throw a rock without hitting a #tcot saying the aftermath of the shooting is too soon to talk about gun control measures because that would be “politicizing” a tragedy. Presumably the special snowflakes of the anti-gun control crowd will tell the rest of society when they have mourned enough so that their delicate constitutions might permit us to have such a conversation.

National Review’s Charles C.W. Cooke was quick to blame the media and second the idea that reporting on shootings leads to copycats. Right-wing rage monkey Michelle Malkin suggested gun control advocates refrain from commenting on breaking news of shootings, for reasons that elude all reasonable explanation. Does she think we’re going to find out the shooter used a marshmallow gun or actually stabbed all his victims with a grapefruit spoon?

BuzzFeed writer Joel Anderson tweeted a perfectly anodyne, if sarcastic, observation about the availability of guns in America. For this, a conservative writer for the Washington Free Beacon went after him and brought along so many conservatives that Anderson seems to have briefly deactivated his account. Perhaps he was remembering what happened to another BuzzFeed writer who had the gall to comment on Twitter about another shooting in July and was immediately slapped down by the conservative thought police.

There were prayers from all sorts of right-wingers, because prayer is literally the least that elected officials and presidential candidates can do at a time like this.

At the White House, a reporter asked Press Secretary Josh Earnest to comment on the shooting. He pointed out that President Obama favors “common sense” gun control measures. This led to the usual pearl-clutching about the Obama White House being a bunch of ghouls for talking about gun control because, again, it is “too soon,” because it is always “too soon” for such conversations.

The speed with which people on social media began pulling out the usual arguments that we seem to have more and more often in this country was depressing enough. But it’s easy to empathize with gun control advocates, who see in another mass shooting the failure of society to even nod in the direction of investigating causes of gun violence and using the findings to craft solutions to lessen the scourge of gun violence. In the aftermath of the massacre at Sandy Hook Elementary in December of 2012, polls showed 90 percent of Americans favored some sort of reform to our national gun control laws. Even that was not enough to overcome the National Rifle Association, its congressional lobbyists and the fearful shrieking of the anti-gun control crowd that sees the hand of tyranny in any effort to do something as small as background checks or ban high-capacity magazines.

The anger from the left is really frustration with Congress, with the NRA, with what they see as the irrational attachment of their fellow citizens to weaponry. It is impossible for us to know for sure what we can do to reduce gun violence, though reducing access to guns does seem obvious. But to shut down conversation about the issue on the flimsiest of pretexts is a cheap dodge, and an abomination in a society that prides itself on being a – ahem – beacon of open debate.