Welcome to Trump University, which isn't at all like a regular university (except for the crippling debt) 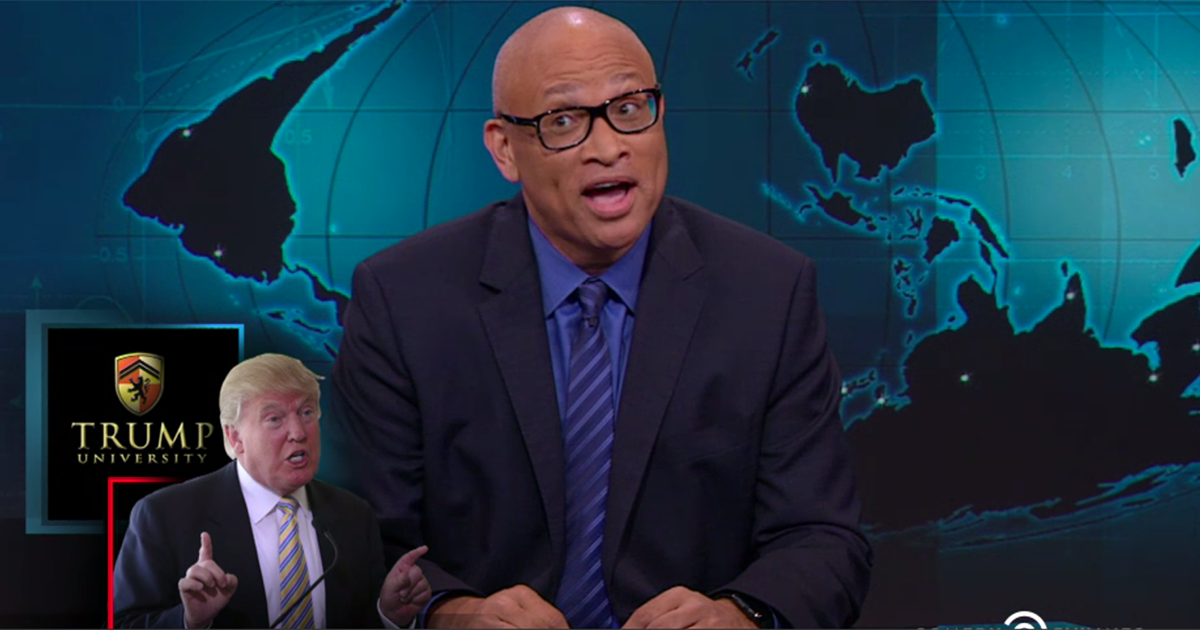 As Larry Wilmore explained on "The Nightly Show" on Thursday, Donald Trump hasn't had a good week on the campaign trail.

This week, droves of political and media sources came out to discredit The Donald's new tax policy. It was like a clown car of economist commentary! Perhaps, that's why Trump has been so resistant to outline specifics on any issues thus far. Specifics will merely open the door for losers to sound like they're smarter than the Trump Genius™.

And the genius is real. So real, in fact, that it begged to be shared with the world. That's why Trump set up a college of his own.

"That's right," Wilmore explained. "Trump had a university. And surprisingly, he called it Trump University."

Wilmore ran a clip from a recent CNN report detailing the revenue from Trump U, which totaled $40 million. The institution was a cash cow, filled with empty promises for aspiring real estate students. That's because, despite it's collegiate branding, Trump U had one major problem: It wasn't actually a university, what CNN identified as a "classic bait-and-switch scheme." Oops.

"Maybe it was ironic!" Wilmore cracked. "Kind of like how Dr. Huxtable isn't really a doctor, he's a monster."

Trump's lawyer, however, insists that anyone who signed up for the university should have known it wasn't a university, since the classes were held in hotel ballrooms and not classrooms. So it's our fault for being stupid enough to believe "university" meant "university." Well, at least the debt is real!

Check out the hilarious takedown of Trump U below: