Pope Francis met with openly gay couple — and unlike Kim Davis, who ambushed him, he did so intentionally

Yayo Grassi and his partner, Iwan, were the "former student and his family" from the papal statement on Davis 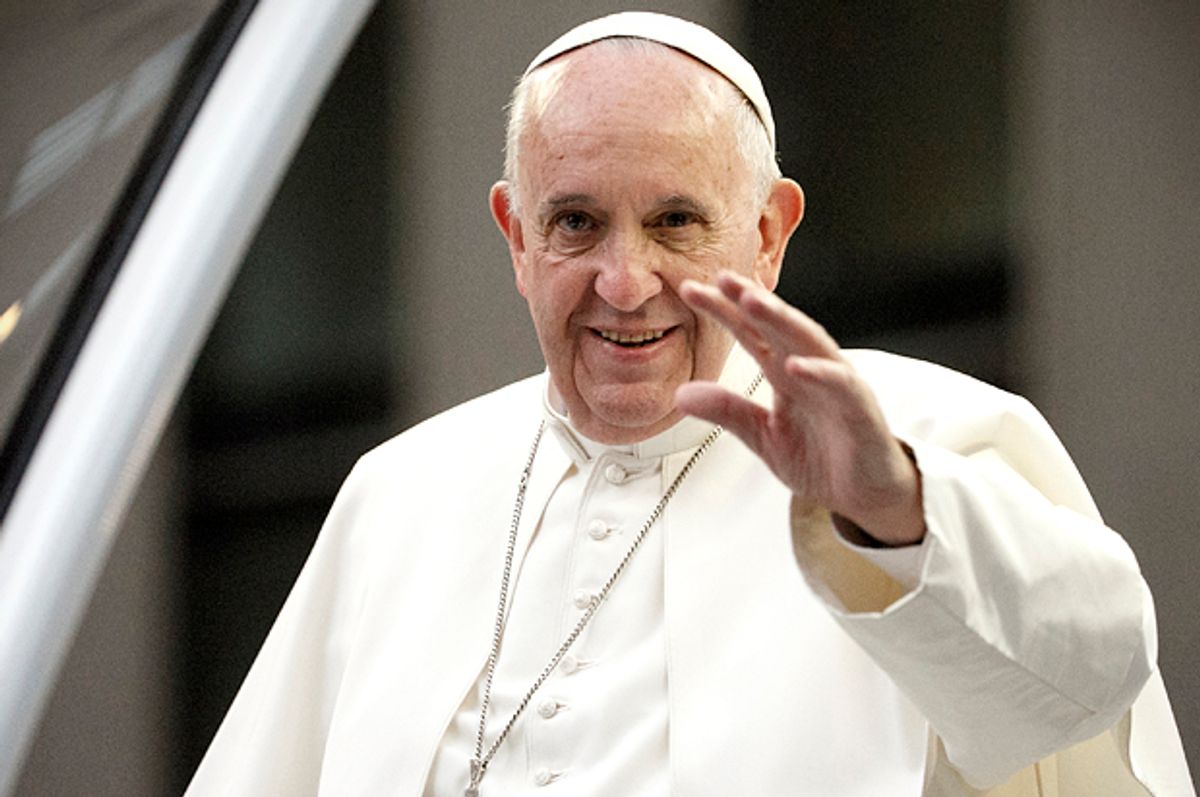 Yayo Grassi and his partner, Iwan -- old friends of the pope from Argentina -- visited the pontiff and were greeted with warm hugs. In an interview with CNN, Grassi said that "three weeks before the trip, he called me on the phone and said he would love to give me a hug."

Unlike the publicity stunt manufactured by Kim Davis, her lawyers, and elements within the church hostile to Francis' agenda, this meeting was both deliberate and purposive.

Referring to the Vatican's statement about Davis, in which Reverend Federico Lombardi said that "the only real audience granted by the Pope at the nunciature was with one of his former students and his family," Grassi said "that was me." Pope Francis taught him at Inmaculada Concepcion high school in Flores, Argentina, from 1964-1965.

The pope is aware of Grassi's sexuality, but "he has never been judgmental. He has never said anything negative."

"Obviously he is the pastor of the church and he has to follow the church's teachings," Grassi continued. "But as a human being he understands all kinds of situations, and he is open to all kinds of people, including those with different sexual characteristics."