"They think they don't count": The race riot that continues to haunt Oklahoma 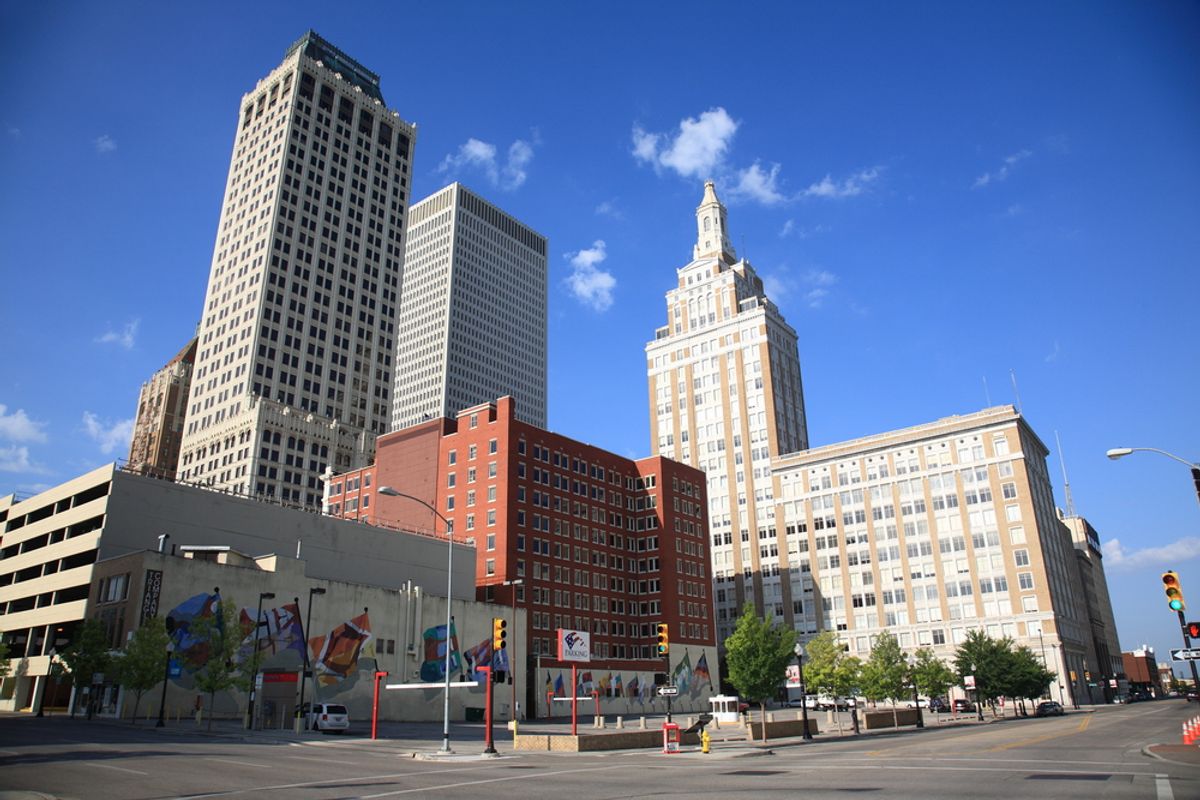 Last Tuesday was National Voter Registration Day. The significance of this day has never been clearer to me than when I found myself in Tulsa, fighting for the voting rights of Oklahomans.

My hotel in downtown Tulsa bustled with people in suits. When I asked what business brought the suits, the hotel staff said simply, “Oil.”

My meetings were held at the Metropolitan Tulsa Urban League (MTUL), on the other end of town. In chatting with a local about Tulsa neighborhoods, I mentioned my destination.

As I drove toward the MTUL from the hotel, there was a stark change in the landscape. The bustling storefronts disappeared and I found myself passing a number of vacant business lots and—on seemingly every block—closed churches.

“Church donations are the first thing that must go in times of financial trouble,” said Dr. Donald Tyler, the MTUL interim CEO and a minister to a congregation of thousands.

Financial trouble was not new to the area. Oklahoma is a historically impoverished state, with the nation’s 16th highest poverty rate as of 2014. While the state as a whole has a 17% poverty rate, it’s almost double that for Black Oklahomans, who clock in at a staggering 30%.

I spoke with people who have spent years helping Oklahoma communities and who have struggled to engage low-income Oklahomans in democracy. “They think they don’t count,” explained Lisa Anderson, longtime president of the MTUL Guild.

There is more to this than a statistical history of poverty, though. During these conversations, more than one person mentioned the Tulsa Race Riot—a dark mark on a region that’s virtually unknown outside of the state.

To understand the Tulsa Race Riot, you first have to get a sense of the area in the early 1920s. Greenwood District was the wealthiest Black community in the United States. Home to almost all of Tulsa’s Black lawyers, doctors, and other professionals, it was also known as “Black Wall Street,” and it was the model of a successful community. Born of the Oklahoman oil boom and thriving despite the rampant segregation of the area,Greenwood residents had access to Black-run banks, movie theatres, and even—unlike many of their white neighbors at the time—indoor plumbing.

But on May 31st, 1921, a young Black man named Dick Rowland was accused of grabbing a white female elevator operator, a report that finds little support from available evidence. Despite this, Rowland was promptly arrested. By the evening of May 31st, crowds of armed Oklahomans had gathered at the courthouse after rumors of Rowland’s impending lynching.

In the early morning hours of June 1st, “all hell broke out.”

Black citizens were hunted and murdered on their streets and in their houses. White arsonists set fire to more than 30 blocks, incinerating over a thousand Black homes and destroying hospitals, schools, and churches. Nine thousand Blacks were left homeless, living in tents well into the winter of 1921. And the area known as Black Wall Street has never recovered.

Demos and partners served Oklahoma with a notice that its public assistance agencies are failing to offer voter registration services required by federal law. This notice letter, sent on behalf of the MTUL, the Oklahoma and Metropolitan Tulsa League of Women Voters, and the Tulsa YWCA, represents an opportunity for progress.

Oklahoma’s Chief Election Official responded with an alacrity that I’ve yet to see in other states, working with our coalition to create a comprehensive plan that fully implements the NVRA. It’s a sign of a government that believes in the promise of democracy—that believes all citizens should have a say in their community.

But it doesn’t have to stay that way.  Voting is key to political power and fairer representation of the needs of communities that have suffered discrimination and injustice.

Oklahoma has taken some steps to show that, despite its tarnished history, all of its citizens count. Hopefully, it will continue down that road.