"It exposed just how little the so-called Christians of the far right believe in what Jesus actually said." 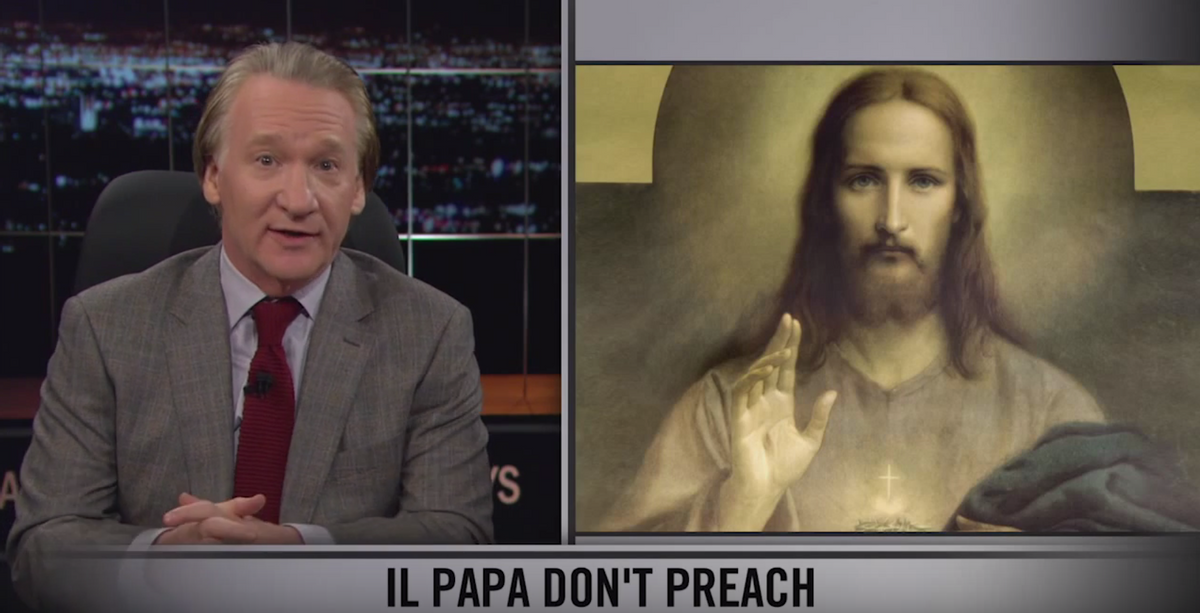 If there's one thing Bill Maher knows about it's Jesus. On Friday's Real Time, the former Catholic chastised the GOP for lying about Jesus's record, putting words in his mouth, and baring false witness to another kind of Jesus they seem to have invented.

Republicans have invented a kind of corporate "supply-side Jesus," who Maher says is the perfect conservative "a small businessman from Galilei whose main gripe is big government who wants to make Nazareth great again ... He’d love to help the less fortunate, but he’s got investors to think about!"

Instead, of worshiping the religious socialist Jesus, the GOP should admit defeat and move on to people like "Pharma Bro" the douchey Martin Shkreli, who bought the life-saving HIV/AIDS drug originally priced at a mere $17.50 and jacked it up to $750 a pill before finally admitting his assholery and backing off. His BS isn't unique, however. Fifteen years ago big pharma charged $10,000 a year for live-saving cancer drugs; now that price tag looks more like $10,000 per month. Artificially inflating medicine is as American as mass shootings and impoverished veterans.

"This cartel owns the US government every bit as much as Mexican drug lords own theirs," Maher said.

Given that this story played out last week while Pope Francis was visiting America, Maher concluded it "exposed just how little the so-called Christians of the far right believe in what Jesus actually said."

Given this kind of business idolatry and "all hail the Holy Dollar" mentality, Republicans should give up on Socialist Jesus and admit Donald Trump is more suited for their needs.

"He says his two favorite books are the Bible and The Art Of The Deal," Maher said. "Trump says one is about a perfect God who teaches humanity the right way to live. And the other is the Bible."

Check out the poignant commentary that is sure to ruffle Fox News feathers below: