Why yes, he's from Florida — why do you ask? 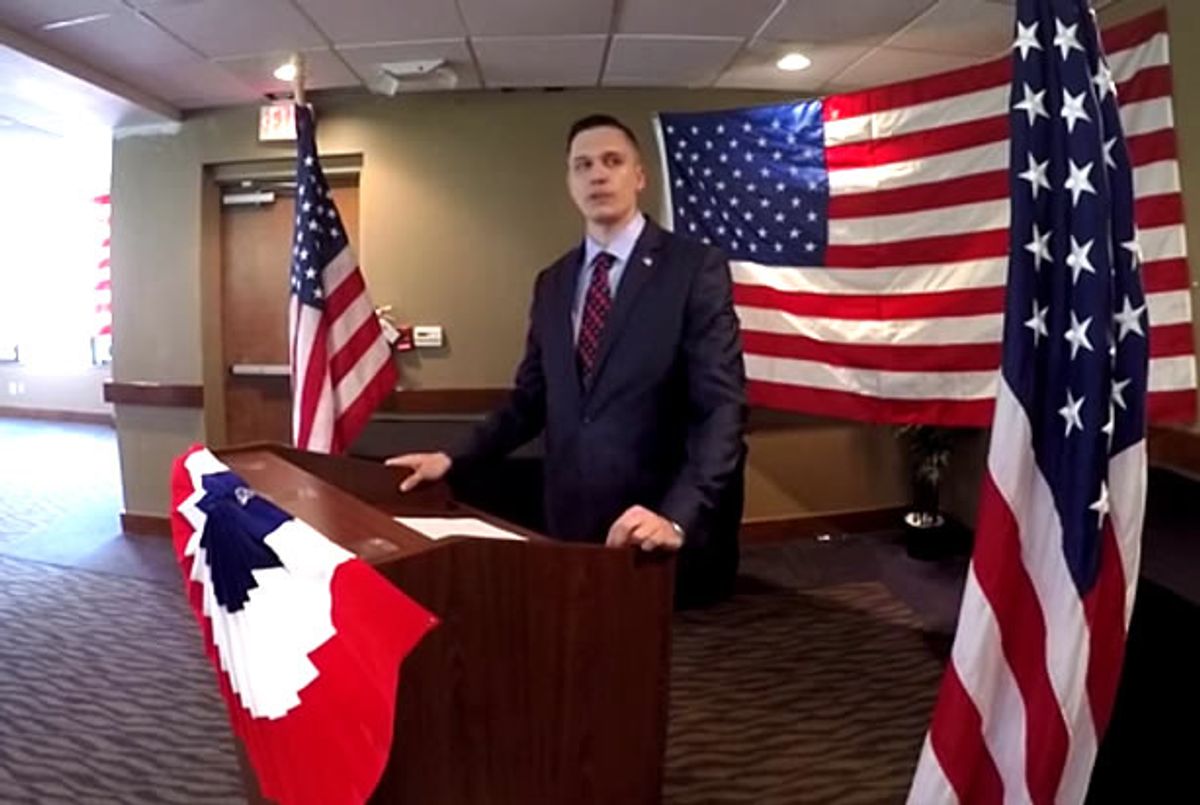 The chairman of the Libertarian Party of Florida has resigned in protest of the senate candidacy of Augustus Sol Invictus, who he claims is trying to fold Neo-Nazis into the party and sadistically dismembered a goat, then drank its blood.

"He is the absolute exact opposite of a Libertarian. He's a self-proclaimed fascist. He's promoting a second civil war," former chairman Adrian Wylie told the Associated Press. "It's absolute insanity. We must explain to people this is the opposite of Libertarians. This guy has no place in the Libertarian Party."

Invictus -- who changed his name to a Latin phrase meaning "majestic unconquered sun" and refuses to reveal his given name -- said that Wylie is merely running a smear campaign. He noted that it wouldn't be in his best interests to support white supremacy, given that his four children are Hispanic. Although he did admit to killing the goat and drinking its blood.

"I did sacrifice a goat. I know that's probably a quibble in the mind of most Americans," he said in a telephone interview. "I sacrificed an animal to the god of the wilderness -- yes, I drank the goat's blood."

He insisted that he's not endorsing violence either, saying that "you do not initiate force," but "if the government is waging war on citizens, we as citizens have the right to self-defense on government."

That's the message he's trying to communicate with his campaign, even if he doesn't win. "I still think there is a purpose for all of this, and that is to get a message out there, waking [voters] up. They are the ones that control the government and not the other way around," he said.