"Kill all the girls. I will. I'm serious": Today's depraved young male threatens to kill cheerleaders

Another day, another threat: This one from a teen furious that cheerleaders wouldn't give him nude photos 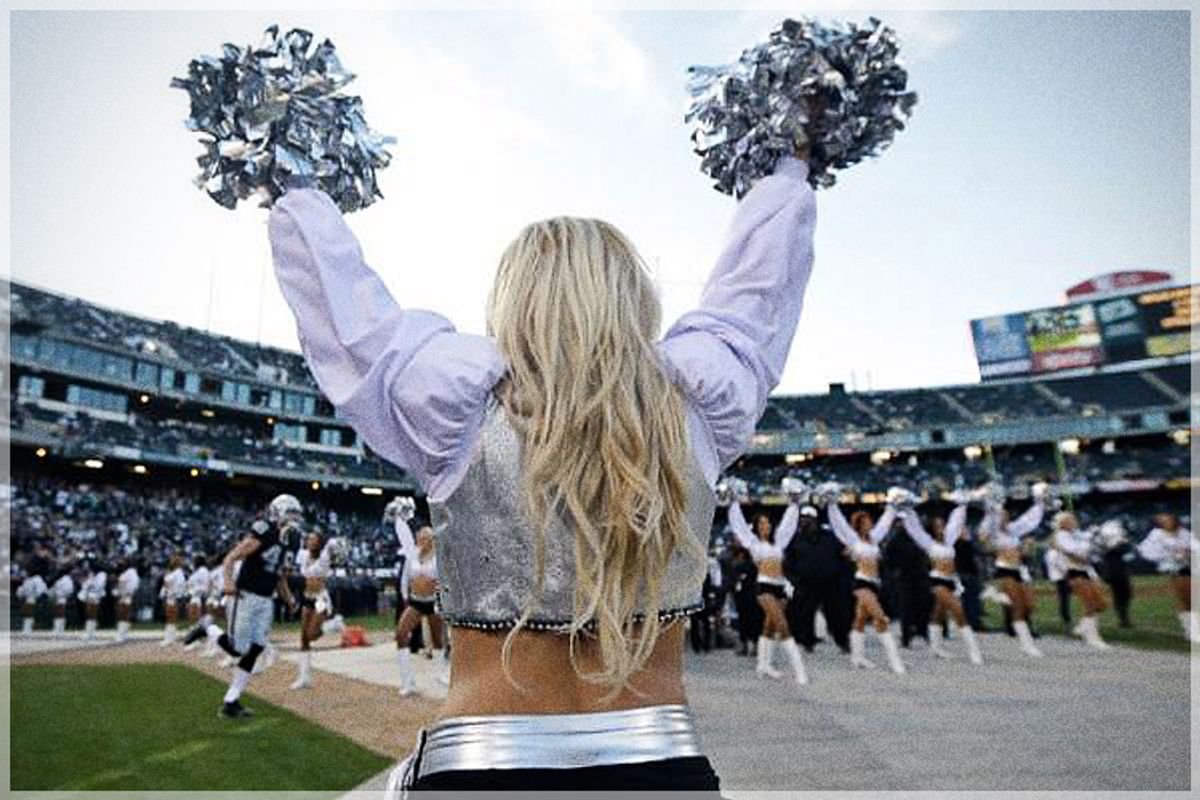 It's been quite an exciting week for mass murder fantasies, hasn't it? Ever since Chris Harper-Mercer went on his deadly spree at Umpqua Community College on October 1, killing nine people, there's been a wave of depraved endorsements from the Internet's darkest depths and a spate of copycat threats. The latest? From an angry young male who vowed to "kill all the girls." He's 15.

After the shooting, a warning went on 4chan that "This is only the beginning. The Beta Rebellion has begun. Soon, more of our brothers will take up arms to become martyrs in this revolution. On October fifth, at 1pm Central time, a fellow robot will take up arms at a university near Philadelphia. His cries will be heard, his victims will cover in fear, and the strength of the Union will decay a little more." Another threat on 4chan went out to warn college students in northwestern Delaware to stay away from school — which garnered a helpful suggestion from another user that "There will be hundreds of people on The Green at UD at 10 a.m." Federal agents said they tracked the original threat to a teenager in Ohio they said "had no real intent or capability." There have been more scares. In Clearwater, Florida. InBosque county, Texas. And on Wednesday, the Highland High School in Pocatello, Idaho was placed on controlled access after an anonymous tip regarding alleged threats posted on Facebook and Twitter.

In screenshots obtained by KIDK, the student appears to be in an exchange with a friend trying to talk him down, he vows, "I will bring a gun to school Friday and kill all the girls." He's quite specific: "I will. I'm serious. Will do it 9:30 Friday during first hour… I have a 12 gauge shotgun and a 9mm pistol I will bring and start killing everyone." He then details his planned route, promising to kill himself afterward. The person he's communicating with asks, "Over freaking nudes?" He replies, "Because no one will give any to me."

A fellow student told KVPI that "Some kid who was having attention problems with specifically the cheerleaders, didn't get nudes. He was asking for some inappropriate things."On Wednesday, the boy was charged with one count of threatening violence at a school and another count of telephone harassment. So, okay, just another day, just another angry young male outraged that females aren't providing him what he feels entitled to. Another angry young male who apparently sincerely has access to a means of murdering large numbers of them at a time.

And if in your very best case scenario you say that he wasn't serious, that he was just kidding around, you need to understand how profoundly disturbing and screwed up that still is. You don't understand how deep the hatred goes, and how terrifying and toxic and real it is.