Toxic masculinity is tearing us apart: Christopher Harper-Mercer, 4chan and the fragility of America's alpha male

Like the Santa Barbara shootings before it, the Oregon massacre is merely a symptom of a much larger disease 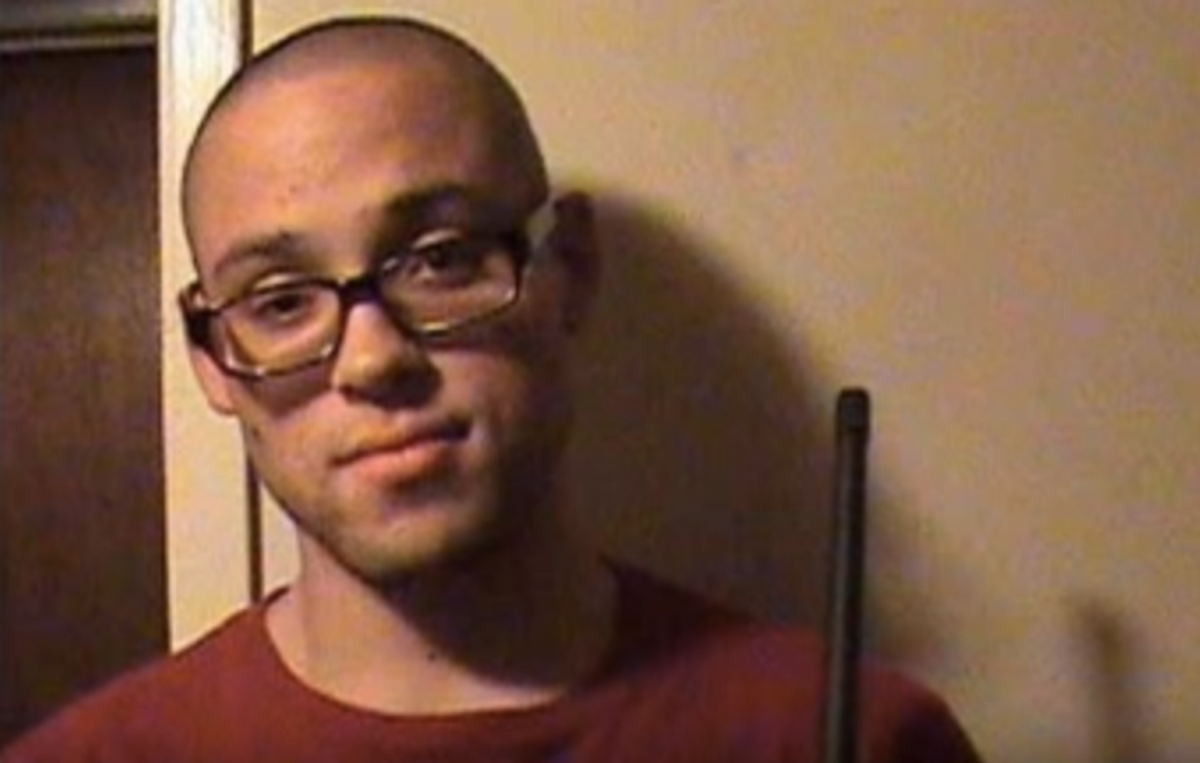 In the wake of any tragedy, there’s a natural impulse to wonder: How did this happen? Who was to blame for this? In the week since Christopher Harper-Mercer’s execution of nine students at an Oregon community college, the question has become the same: Who is at fault here?

Wedged among the proliferation of dank memes, choruses of copycat threats, violent Pepe .gifs, and cries of “Beta Uprising,” the 4chan forum /r9k/ might be closest to actually having an answer. According to the users, women were to blame for this rampage: If “the sluts” had just given it up to Mercer, he might never have gone on to murder innocent people. As horrible as 4chan may be, this claim is seemingly backed up by Mercer’s own words. In the days leading up to the attack, he posted complaints on a number of online forums about being chaste against his wishes. In his rambling manifesto left at the scene of the crime, he reportedly wrote: “I am going to die friendless, girlfriendless, and a virgin.”

More of The Daily Dot: "The harsh lessons I've learned as a black woman dating online"

Like Elliot Rodger, Mercer’s frustration and rage at being a virgin likely contributed to his lashing out at innocent bystanders. But the real issue wasn’t that Mercer was a virgin and that this whole thing could have been avoided with a pity-fuck. The problem is that Mercer—like the community that it seems he was a part of—felt that he wasn’t a “real” man because of it.

The state of being a man is a compilation of external influences that ultimately define whether someone is a “real” man or not. Guns, sex, and money serve as a sort of holy trinity for traditional masculinity, the tropes by which a supposedly true man is known. When it’s stripped down to its toxic core, “what is a man” ends up being defined by how many chicks he can bang, how much ass he can kick, and how much money and “status” he has. Among the people most obsessed with traditional masculinity—your men’s rights advocates, your Red Pill enthusiasts, your incels—you’ll hear about “alpha” and “beta” males. Alphas presumably rank higher on the violence, sex and status trinity, lording their inherent superiority over their lesser, beta brothers.

Of course, for all the swaggering machismo and bravado of these would-be alphas, their concept of masculinity is so fragile that a trending Twitter hashtag can threaten it. When we define so many aspects of “manhood” as being external to just existing, it means that manhood is something that can be taken away from you at any time. You hear it joked about time and time again—someone needs to hand in his man-card or turn in his testicles because of some perceived violation of man-code.

But underneath the jokes and the ball-busting is a very real fear of losing their credentials as a man. A study from Washington University found that in marriages where women earn more money than their husbands, the husbands were more likely to experience insomnia, depression, and erectile dysfunction. A simple difference in pay stubs is enough to make their mighty swinging members to curl up and pout.

More from The Daily Dot: "Donald Trump is right about the Middle East"

Similarly, part of being “a man” in the traditional, hyper-masculine sense means being a virile sex machine. A (male) virgin is, thus, an aberration, a mistake, and a pretender who doesn’t deserve his penis. The incel boards and forums are full of young men complaining about how they’re subhuman, genetic refuse that mistakenly made it off the production line. They live in deep pain and resentment over the fact that they are not men the way they feel like they should be.

And that pain comes with a price.

The more than men believe in the tropes of traditional masculinity and gender roles, the more they feel the pressure to live up to them, and the more pain they feel when they believe they fall short. But they can’t express that pain. After all, the traditional masculine man isn’t allowed to express pain, weakness, fear, or insecurity. They’re expected to be stoic, a silent pillar of strength. Their only acceptable emotion is anger.

When anger is the only emotion you’re allowed to feel, what is the quickest, most reliable way to relieve that pain? Violence.

When one leg of the Masculinity Trinity comes up short, you overcompensate with another. Sex requires social skills and charisma, which can sometimes be hard to come by. Money and status take time to acquire, when you can get them at allin an economy that has all but destroyed upward mobility. But violence? Violence is somethinganyone can do. When you’re feeling powerless, then you take that power back—preferably from someone else.

In fact, a study published in the medical journal Injury Prevention documents this phenomenon quite clearly: Men who feel the most male discrepancy stress (that is, who feel the worst about not being manly enough) are also the most likely to have committed violent assaults on others, as well as committing assaults with a weapon.

It shouldn’t be a surprise, really. The confluence of violence and manliness is something that is literally sold to us. Fight Club shows us men who are disappointed and angry that the promises of manhood aren’t being delivered in the ways that they expect and are told that the way to take control of their destiny is by beating one another into a bloody mess, while audiences nod along in misunderstanding. Gun manufacturers post advertisements featuring loving images of big, erect rifles with the caption: “Consider your man-card reissued.” The message is clear: You may not measure up, but you can buy a substitute to make up for it, chock full of copper-jacketed death sperm.

Elliot Rodger complained that he wasn’t the “alpha” he was meant to be and that he wasn’t being given the sex he deserved—so he went and murdered six people and sent 22 more to the hospital. Charles Harper-Mercer felt he couldn’t measure up as a man by being a lover, so he decided to show the world just how big his semi-automatic murder penis was.

Mercer was someone who was obsessed with the trappings of masculinity that he felt he couldn’t measure up to and lashed out, as statistics show that so many do.

More from The Daily Dot: "How Kik became the king of sketchy messaging apps"

We need to recognize just how damaging it is to sell the idea of men at their worst—brutish, violent and barely in control of themselves—is the only way to be a “real” man. We’ve stuck ourselves with a toxic idea of masculinity where you continually have to prove you’re a man—being willing to hurt others in order to do so—instead of manhood being something inherent. We need to recognize, accept, and even celebrate the wide variety of masculinity—from virgins to playboys, asexuals to satyrs, from macho to femme, cis men and trans men, gay and straight and everything in between.

The defenders of toxic masculinity love to portray those who don’t conform as being unmanly or beta white-knight manginas—sexual quislings who seek to betray their gender because they can’t measure up. It’s a way of derailing the conversation, to pit people against one another rather than to accept the truth: This form of masculinity has failed us. It doesn’t produce men; it produces anger, rage, and pain. It teaches us that the only way to be a man is to aspire to be the worst in us. We can do better. We can be better.

We can free ourselves to be the real men we are meant to be. It’s time to be better than we are.