We'll only listen to John Oliver: The crisis we caused, and we need to help fix

We've waged a disastrous war for 15 years. We bombed Kunduz' only hospital. We are desensitized to what we've done 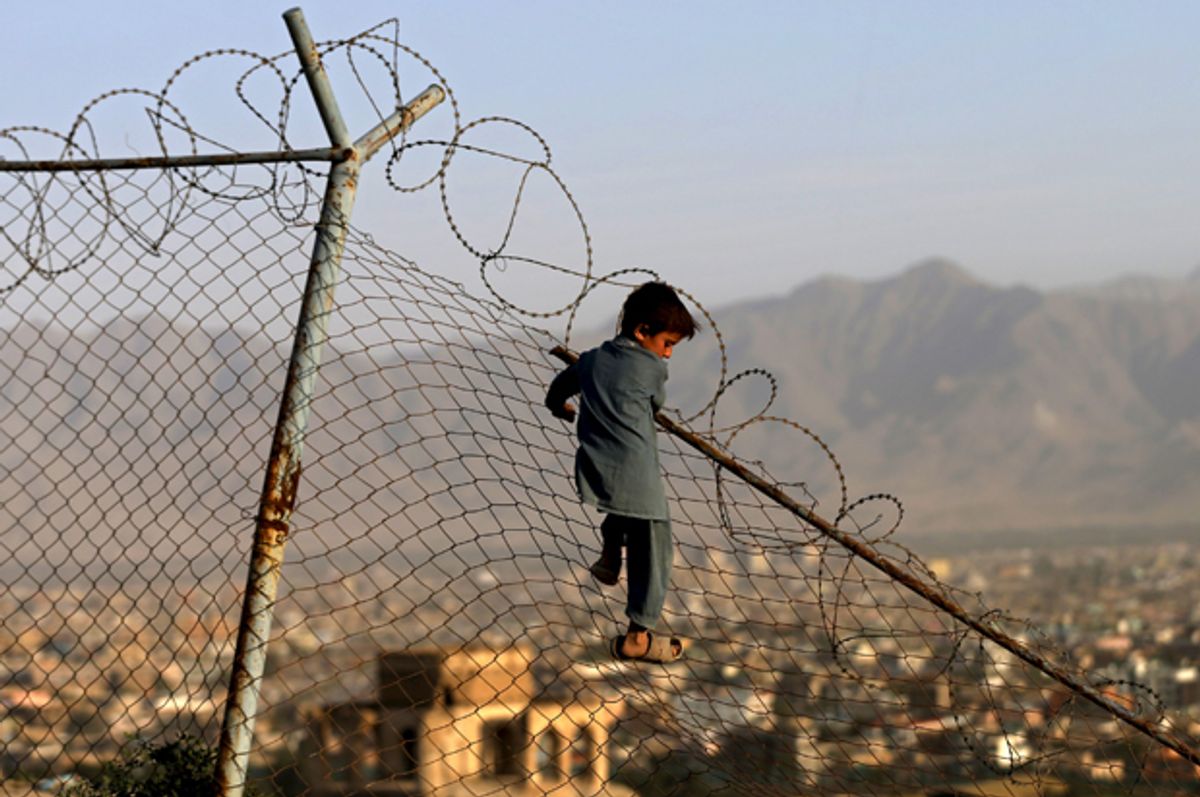 Imagine living in the middle of a war -- a war waged by a foreign superpower that has dragged on now for almost 15 years. Next, imagine the Taliban just overtook your city. Finally, imagine the only hospital in your city, which was treating over 100 people per day, is bombed to rubble by that foreign superpower, forcing the international humanitarian organization running it to withdraw.

This is what the people of Kunduz, Afghanistan are living through.

On Oct. 3, a U.S.-led NATO coalition bombed the only hospital in the entire northeastern region of Afghanistan. Doctors Without Borders (known internationally in French as Médecins Sans Frontières, MSF), the humanitarian aid organization that ran the medical center, called the bombing an "attack on the Geneva Conventions," referring to the laws of war finalized after World War II.

12 MSF staff members were killed in the airstrikes, along with a minimum of 10 patients, including three children. U.N. High Commissioner for Human Rights Zeid Ra'ad al-Hussein called the attack "utterly tragic, inexcusable, and possibly even criminal."

MSF announced that it is hoping to use the International Humanitarian Fact-Finding Commission, an independent investigation body that was set up in 1991 but has never been used, in order to ensure the attack on its Afghan medical facility is thoroughly and transparently scrutinized.

U.N. Secretary-General Ban Ki-moon echoed MSF's calls for a "thorough and impartial investigation into the attack," which the U.N. says may be a war crime. History shows, however, that war crimes prosecutions are rare in cases of hospital bombings.

The U.S. government's contradiction-filled story behind the attack has constantly changed -- four times in four days, in fact -- from denial, to justification, to shifting the blame onto the Afghans, to reluctant admittance. President Obama called the president of MSF on Wednesday morning to apologize for the bombing.

Yet apologies do not change the facts on the ground. Now, no humanitarian agencies remain in Kunduz, the U.N. has warned. There "is essentially no proper health and trauma care for those left," U.N. Office for the Coordination of Humanitarian Affairs (OCHA) spokesman Jens Laerke explained. The city has been abandoned, and the dysfunctional government propped up by the U.S. has been unable to ward off the Taliban.

And while the international focus is largely on Syrian refugees -- and rightfully, at that, given there are over four million registered with the U.N. -- displaced Afghans have been given short shrift. The bombing of MSF's Kunduz hospital has rekindled calls for help.

This week, the U.N. implored the world to pay more attention to the plight of displaced Afghans, who until 2014 were the largest refugee group in the world. U.N. High Commissioner for Refugees António Guterres remarked "we want the international community to refocus on a situation that is no longer getting the attention it deserves, and because we believe that to ignore Afghanistan would be a dangerous mistake, regardless of the urgency and scale of other, newer crises."

Afghans comprise "the world's largest protracted refugee population," Guterres explained. Fleeing violent military conflicts -- which have been fueled by the U.S. -- for over 35 years, Afghan asylum-seekers have scattered across the globe. There are now 2.6 million Afghan refugees in 70 countries registered with the U.N. A million more are internally displaced within Afghanistan.

Guterres commended Iran and Pakistan for hosting 95 percent of displaced Afghans. Six million Afghan asylum-seekers have been resettled in the two countries since 1979, according to the U.N.

The U.S., on the other hand -- which has waged war in Afghanistan for almost 15 years, and which funded Islamist militants fighting the Soviet Union in the 1980s, militants who later became the Taliban -- has taken very few. So few, in fact, that I could not find a reliable figure on how many it has taken. I called the U.S. Committee for Refugees and Immigrants, asking how many Afghan refugees have been admitted by the U.S. since its 2001 invasion; the organization did not have an estimate on hand.

Political commentator and comedian John Oliver has drawn attention to the long, arduous and circuitously complex process Afghan refugees must endure to be accepted. Even Afghan translators who worked with the U.S. military, and subsequently received death threats for their work, have to jump through hoop after hoop to get asylum.

Afghan President Ashraf Ghani entreated the international community to do more to assist displaced civilians. "The problem of refugees is a global one. They cannot be placed on an island and forgotten," Ghani stated. Many refugees, so many refugees, have indeed been forgotten, nevertheless.

In the meantime, the U.S. war and occupation rages on, while the Obama administration is considering leaving thousands of soldiers beyond 2016; and the Taliban is retaking territory, creating more and more refugees, and casualties, by the day.

War hawks like Sen. John McCain have proposed their "solution": expanded U.S. military presence in the unstable country. In doing so, they have ignored the unforgiving and undeniable reality -- that it is U.S. military intervention that got us into this mess in the first place.

Most people have stood in silence, palpable silence, silence that becomes audible at times like this, when the harsh, heinous reality of war is thrust into the limelight.

It is striking how little the media and political establishment discuss Afghanistan --  a country our government is and has long been militarily occupying. America has largely become desensitized to a war that has carried on for over 14 years, desensitized to the suffering of millions of people across the ocean, desensitized to the Brobdingnagian costs -- not just the agonizing human costs, but the economic ones too, in the sum of trillions of tax dollars.

Sometimes it takes a large tragedy -- like the bombing of MSF's Kunduz hospital -- to remind everyone of the small tragedies -- the civilians killed, the homes destroyed, the children going hungry -- that take place on a daily basis, and not just in Afghanistan, but also in Iraq, Syria, Yemen, Palestine, Somalia, and more.

Its destruction of northeast Afghanistan's only hospital should remind America of the ills of war, and of its duty to the millions of refugees its policies have created -- and, to date, largely ignored.