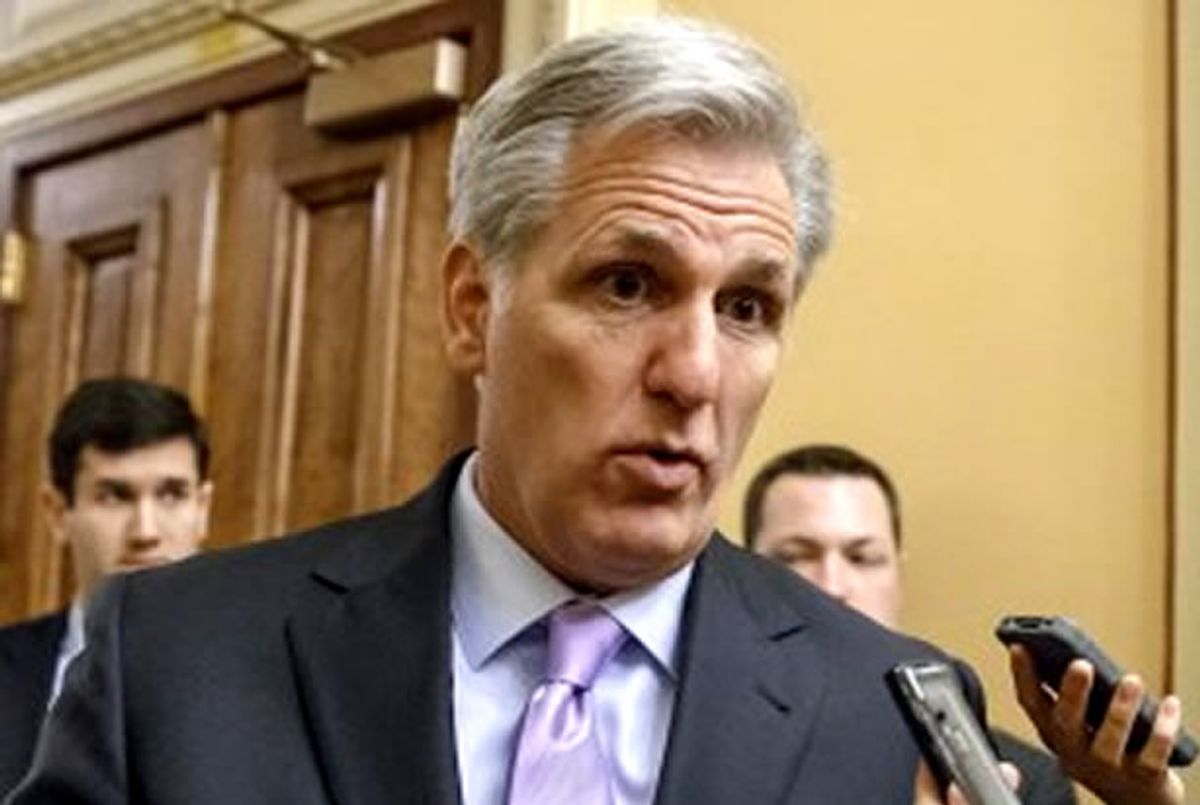 It goes without saying that your party is in shambles when you're floating Paul Ryan's name as a potential savior, but that doesn't mean the opposition party needs to kick you while you're down -- but that's exactly what the Democrats are doing in the wake of Rep. Kevin McCarthy's announcement that he's withdrawing from the House Speaker race.

New York's Charlie Rangel made himself a smoothie:

But it was California Representative Mark Takano who went the extra mile with his fake Craigslist ad:

He only previewed, never posted it -- but that doesn't make it any less genius. Requirements for the position include "[p]roven ability to work with irrational people who pursue narrow priorities at the expense of millions of others," and given the number of Tea Partiers in the House, "[b]abysitting experience STRONGLY PREFERRED." Of course, "RINOs NEED NOT APPLY."