Two more shootings and a lockdown at U.S. universities in one day: Our sick gun culture just keeps getting worse

UPDATED: On the day Obama meets with the Oregon families, two more shootings and one more lockdown 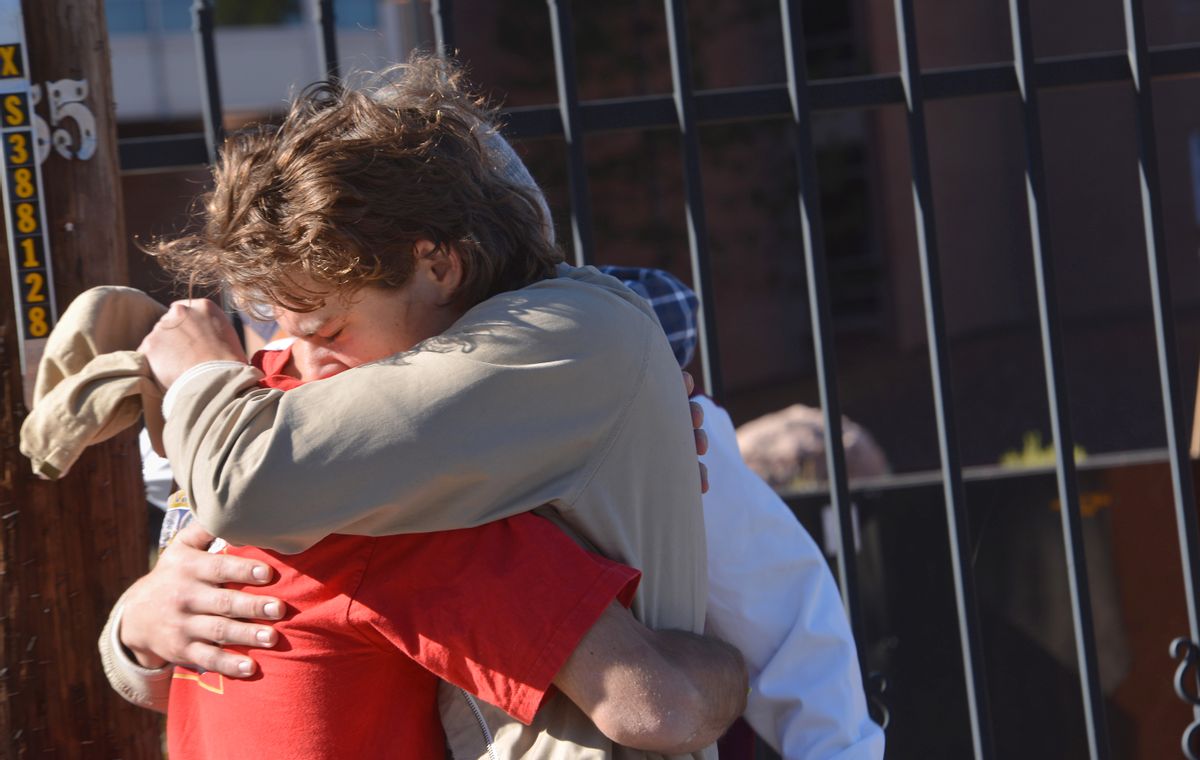 There were two shootings at U.S. universities in a span of less than 12 hours on Friday. A lockdown was also called for an unconfirmed third shooting.

An 18-year-old college student shot four members of the Delta Chi fraternity at Northern Arizona University in Flagstaff, AZ in the early hours of the morning.

One student died; the other three are wounded.

The shooter, freshman Steven Jones, survived and was taken into police custody.

At around noon, three suspects shot and killed a student and wounded another at an apartment complex on the campus of Texas Southern University, in Houston, TX.

Two suspects were taken into police custody. The third suspect remains at large.

Mere hours later, another active shooter situation was announced at Jefferson Community and Technical College (JCTC) in Louisville, KY. A call reporting a shot fired was made around 3:30 PM EST. The shooting is unconfirmed.

The Kentucky Community & Technical College System (KCTCS) reported at 3:59 that JCTC is "currently in lockdown due to a report of violent incident on our technical campus." Less than half an hour later, KCTCS announced that the campus emergency was over. SWAT officers were called to sweep a building, but were called down around 4:15.

Details of the incident have not yet been released by authorities, and it is unclear if anyone was taken into custody.

More than one shooting per day

Exactly one week before, in Roseburg, OR, shooter Chris Harper-Mercer killed nine people at Umpqua Community College before committing suicide.

President Obama visited with survivors and victims' families in Oregon on Friday, while the three incidents took place across the nation.

Gun control advocacy group Everytown For Gun Safety has documented 149 school shootings in the U.S. since 2013, an average of almost one per week.