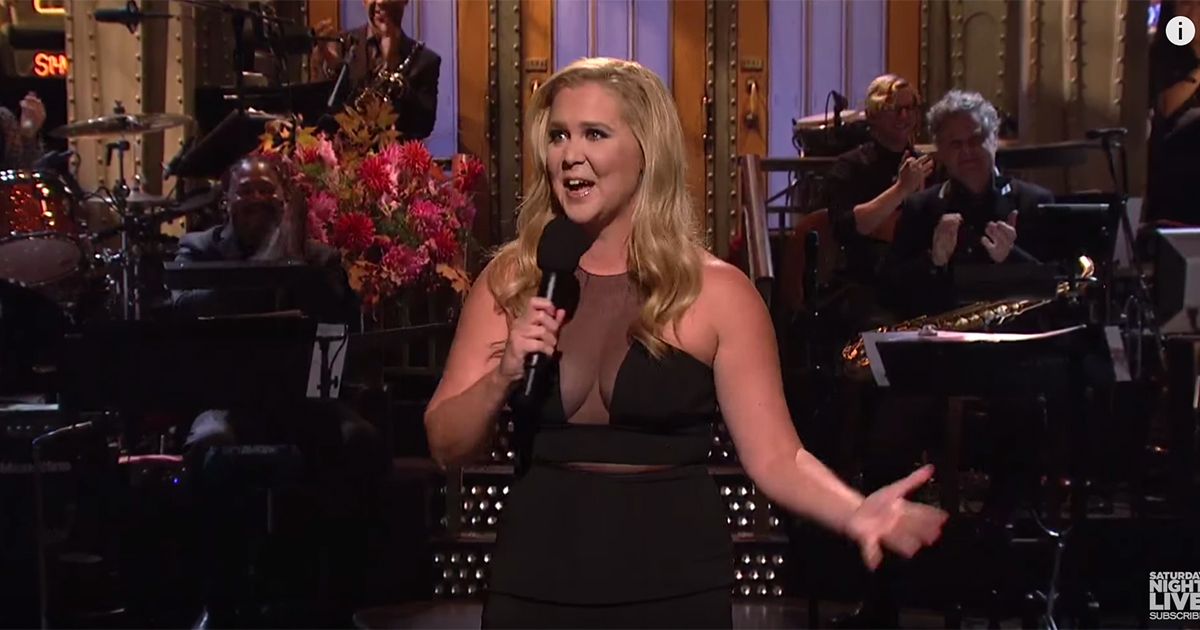 Amy Schumer crushed it on Saturday Night Live last night. Comedians often times do well on the sketch comedy show, but Schumer has a history with many current and former SNL cast members who were likely helpful in tips and tricks. One such message of support came from Kevin Heart who sent Schumer a joke text before she started the show:

She later tweeted his reply to the tweet saying he actually thought he was tweeting Miley Cyrus who appeared on the show last week.

Schumer began her opening monologue talking about the young actress, Devin Fabry, who played Schumer as a child in her latest film Trainwreck. Fabry said that she over heard her agent talking to her mother about how her cheeks are too big to get roles, but that she wouldn't have gotten the role as a younger Schumer if her cheeks were smaller. Schumer pretended to be defensive, but the comedian isn't quiet about the ways in which Hollywood treats women. She encouraged Fabry and said she'd work forever.

"We have to be a role model for these little girls, because who do they have?" Schumer asked. "All they have, literally, is the Kardashians. She doesn't have a Malala poster hanging in her room. Is that a great message for little girls? A whole family who take the faces they were born with as a light suggestion?"

She went on to talk about the women in her life from her 18-month-old niece to meeting Hillary Clinton for the first time and finding out she didn't like tequila. She made signature self deprecating jokes about her shape and size saying she doesn't take nude selfies because everything under he dress looks like a lava lamp. But the message of the monologue was clear: from childhood to stardom to middle age and beyond, women are all getting hosed by Hollywood.

The best sketch was a fake public service announcement for firearms. A week after the Oregon mass shooting and just days after a double shooting, the ad features a collection of seemingly random people in their lives. A woman waiting at a restaurant for a date who is late, followed by an awkward dude checking out a girl at a party, a couple having a baby, a runner in Central Park.

"There are things we all share," the ad says. "Love. Family. Connection. A sense of purpose. And also: Guns. Guns are there. In little events, and big ones, when things fall apart, or it all comes together. They unite us, comfort us, bring us joy, and strength."

The ad shined a light on the absurd notion from gun manufacturers and the NRA that guns will always make us safe. At one point a father gives his newborn baby a tiny baby gun instead of a bottle. The tagline: "Guns: We’re here to stay." Funny, because it's sad and true.