I support women of all sizes, but the notion that "real women have curves" has made my life hell 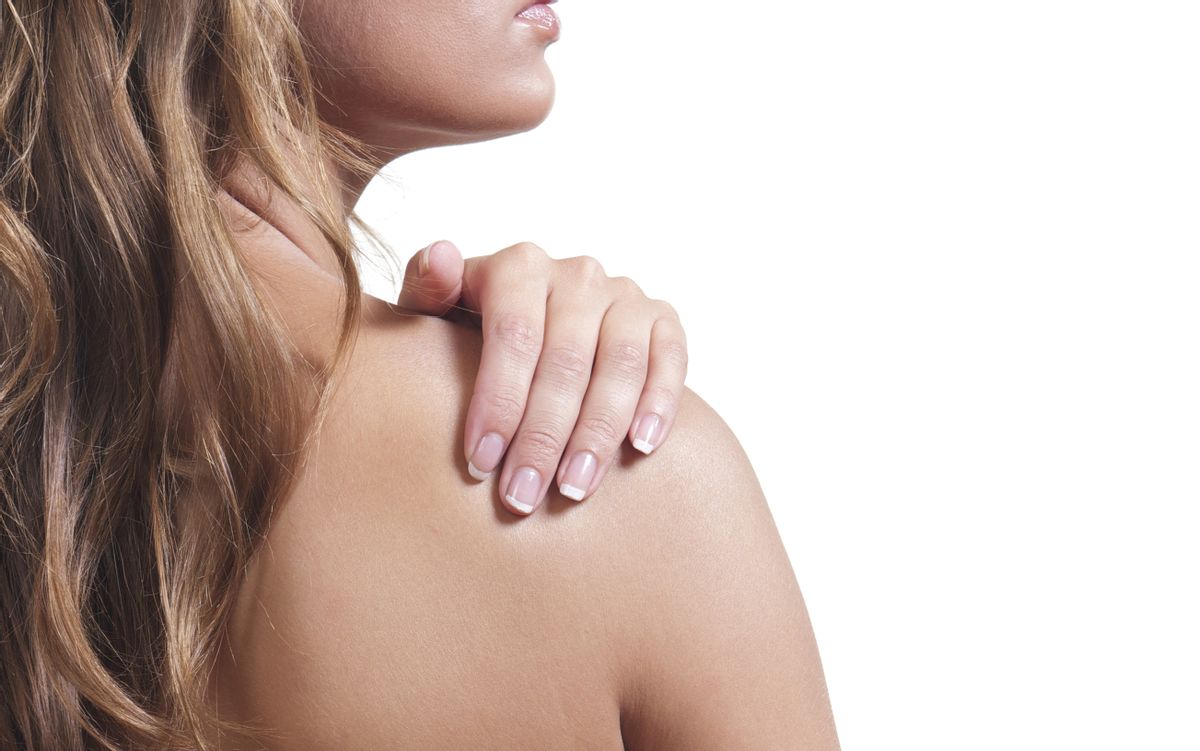 “You look like a stick person,” a girl said to me tonight “What do you eat?” I stared at her, hoping she might take back the question or apologize. She stared back at me, and said only, “Seriously though.”

I'd hoped this would have stopped by now.

I am a skinny woman. I know this, because people, mostly women, tell me so every day. They say it with disdain. They say it with anger. Sometimes they say it in the form of a question: “Do you even eat?” Or by expressing concern: “You should eat something!”

Almost always, they say it in a way that expresses judgment. "Giraffe," I’ve heard, also: "stick person," "skinny bitch." These people walk up to me out of nowhere. The sight of me moves them to tell me what they think. I catch groups of disapproving women staring me down and whispering to one another. One of them might make a comment to me on the way to the bathroom, emboldened by cocktails. A man once complimented my very beautiful friend, then turned to me and said, “You’re skinny but you’re not that pretty.”

These people want me to know what they think. They want to give me a taste of their judgment, reinforced by cultural attitudes that make it acceptable to do so. It isn’t just strangers. It's new coworkers, friends of friends, and parents too. I had to move once after a Craigslist roommate couldn’t help herself from commenting daily on my weight.

My body is a problem for people. And I get it. Skinny is an oppressive symbol in a culture that teaches women to hate themselves. Confronting me is confronting something that has caused them harm. It’s a reaction to the privileges granted - sometimes through extreme diet, sometimes by excessive exercise, by mental illness, or sometimes utterly arbitrarily - to some body types over others. And for women who have struggled with their weight over the course of a lifetime, who have endured fad diets, outlandish exercise regimes, and all shades of deprivation in the hopes of feeling accepted, seeing a body like mine can be an emotional slap in the face.

But while our experiences vary, skinniness isn’t a free pass from the burdens of self-consciousness and the psychic struggle that a ruthlessly superficial society inflicts. No matter how you measure up, being reduced to your body parts is never healthy.

Most genetically thin women develop their sense of worth in girlhood, where messages are less mixed, and their bodies are more ubiquitously perceived as unattractive. Until I was seventeen, lunchtime regularly involved being called anorexic, bulimic, skeleton, or stick-person. Girls approached me in the bathroom, trying to convince me to confide in them. "Eat something, anorexic girl," they'd shout in the hallway. I remember sitting at summer camp overhearing two girls describe my body, part by part. "Look at her arms, they're so gross," one said. I went crying to a camp counselor who told me I could hardly blame them: I was too skinny and should eat more. Adults were not the exception. At the till of my Dairy Queen job, they'd make jokes about how I needed more Blizzards, or brazenly tell me I needed to get help. After another student complained to my junior high school about my appearance, my guidance counselor, someone who had personally observed me eating in the past, brought me into her office to ask if I was bulimic.

I wasn’t. My parents told her the same thing when she called them. My mother hugged me when I got home, inconsolable.

I wasn’t bulimic, or anorexic, and I’m not now either. Being thin is not a choice I've made. I’m skinny because I have Marfan’s Syndrome. It's a genetic condition that makes my body thin and lanky. Marfan's affects the connective tissue, and brings with it a litany of health issues. It's caused my lungs to collapse five times to date, most recently requiring a lung lobectomy (if you don't know what that is, don't ask). My joints don’t always fit together well. I have dislocated lenses in my eyes. My heart valve leaks and may have to be replaced. I'm at risk of having my aorta spontaneously dissect.

It’s been interesting to live with a body that can fail on a whim. Most of the time though, it’s all very manageable. My Marfan's is relatively mild. To protect myself I don't play contact sports, scuba dive, or lift heavy things. I wear protective eye gear when needed, and I get an ultrasound of my heart every year. I am grateful for the perspective my lung issues have gifted me; I learned not to take health for granted.

The far less manageable, in some ways more painful, part of Marfan’s has been the public body critique. Constant scrutiny and feedback led to a tumultuous relationship with my own appearance. It bolstered a shame and isolation that spilled into all areas of my life.

To cope, I learned to mitigate judgment in ways I now know to be standard amongst the unintentionally thin. I stopped going to the bathroom during meals with colleagues and strangers. I avoided ordering salads. I wore loose clothes to events frequented by faux-feminists, who would label me instantly as the enemy. I layered-up, wearing thick tights under my jeans when it was far too warm to do so. I developed standard responses to questions and quips about my weight, and became self-deprecating to make sure people knew I didn’t feel better-than because of my size.

Like everyone, I wanted to be accepted. Moreover, I wanted to just be. But the effect of being picked apart is insidious and eventually I came to feel deeply flawed. I began covering mirrors, avoiding reflections, and obsessing about looking normal. I went through phases of having panic attacks and avoiding going out. When I tried to talk about what I was going through, girls tended to think I was being vain. After all, what did I have to complain about when others had it so much worse?

When the body-positive movement started kicking up a few years ago, it looked promising for everyone. Unfortunately, this movement has, for a time at least, made things harder for women like me: women who resemble the body type fetishized by fashion and popular media but, more and more (and rightly so) skewered by public opinion. Margaret Cho started saying in her stage show that she likes “real women” and that “real women have curves” - a mantra that is still repeated years later. Lady Gaga, in the midst of her body image campaign, approached thin prepubescent girls and criticized their weight. Shows like Drop Dead Diva showed confident, curvy protagonists making cutting jokes about the dumb, skinny characters.

This cultural breakthrough has led to an increase in real-life critique. People feel more entitled than ever to tell skinny women what they think. To be clear, I’m not talking about confrontations of the I’m genuinely and sincerely concerned for your health kind. These are always understandable, if not appreciated. But when comments are not directed at me as a person, but at what I represent to someone else, I’m left wondering if the movement has really achieved its goal of promoting widespread acceptance of varied body types.

Maybe this is a temporary cost of a needed evolution, an overcompensation for generations of fat-shaming. More likely though, we are trapping ourselves in an endless pursuit. The media’s ideal female body stretches well beyond weight, after all, and is far from static. The nose we’re told to love today will be different ten years from now. The hips of today, whether rounded or narrow, will somehow fall short of the ideal future generations will set. What we will never love is having our worth boiled down to how we look.

When we, as individuals or as society, objectify “skinny bitches,” we sustain the same system we claim to oppose. We're still reducing women to their shapes, judging women's bodies in unhelpful, reductive, and oppressive ways. We're still trying to empower ourselves by putting other women down, still dictating if women are sexy, strong, or “real” based on the size of their curves.