The "Bro Job": Why "straight" men have sex with each other 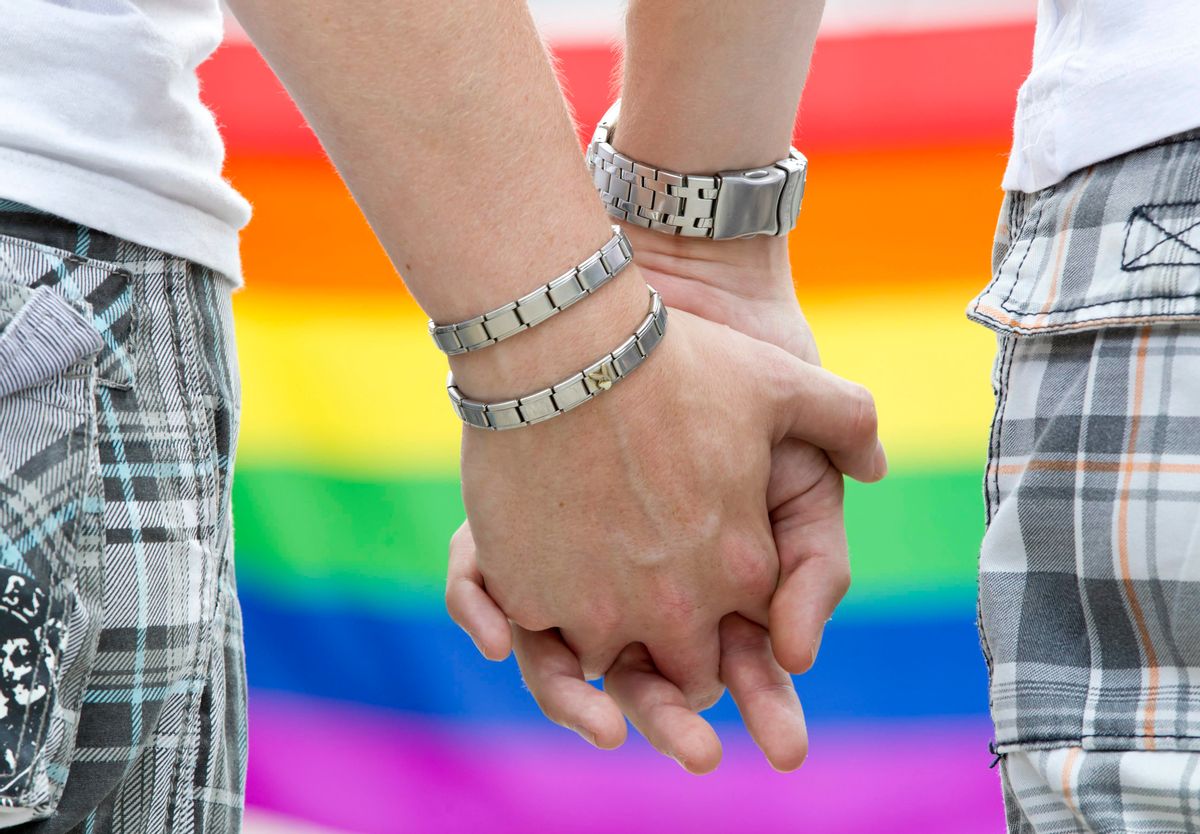 At this point, lesbian sex (the porny kind) is practically considered vanilla. But when it comes to two self-identified straight guys getting together, we tend to stiffen up, and not in the fun way.

The term “bro job” generally refers to sex acts taking place between heterosexual men. The phenomenon was recently explored by Dr. Jane Ward in her book Not Gay: Sex Between Straight White Men, who suggests it's a lot more common than most people may think.

Sex therapist Susan Block agrees. “I hear about it going on in Saudi Arabia, in Latin America – I talk to guys from all over the world who are doing this. In all different cultures.”

Block explained to AlterNet that sexual activity between self-identifying straight males is one of the most common topics introduced during her therapy sessions with men.

“We’ve shut down on the phenomenon of male sexuality. Now, we’re starting to ease up on that natural fluidity of men. But it's always been there,” she says. “Sometimes you hide it because you don’t want to suffer from society’s punishments.”

Of course, identity politics is a messy game. And while arousal makes up just one piece of the very complex puzzle that is sexual orientation, it is a major player. We’re quick to assign the “bisexual” label to those for which sexual arousal is not dictated by gender. But it’s not always a welcome title. “I am often forced to call myself ‘bi,’ but I rarely find labels appropriate,” says model Paul LaBlanc (a pseudonym).

In her book, Ward insists that sex acts between men are not symptoms of a suppressed gay identity, but rather an example of the fluid nature of human sexuality. Still, some ask, why men?

“Meaningless.” A hard word to sneak by a therapist. But this notion of meaninglessness may help explain what makes sex between men appealing. “Women are full of meaning,” says Block “One of the things that men like about other men is how meaningless it is. It’s just for fun.”

That’s not to say that men don’t crave intimacy – they do, in its place. But Block suggests that for men looking for free, no-strings-attached sex, a male partner may be their best bet. Removing sex from its prescribed context is often discouraged in heterosexual relationships. If you’re looking to have sex for sport, doing it with another man might make some sense.

LaBlanc explains, “I tend strongly towards being dominant with women and submissive with men. Not totally in either direction, it's not that simple... But it is clear that I take on different roles with different genders.”

“To me, no man has the soft indescribable beauty of a woman. And no woman can ‘take me’ the way a man can.”

The recent wave of interest in this not-so-recent phenomenon says something about the our current sexual climate. We can now admit that "bro jobs" are happening, and happening often. Though where they take place is often indicative of how people expect others to digest the news of these rendezvous. “I hear a lot about secrets,” says Block.

The fact that society is starting to have more open discussions about sex is good. The fact that society only wants to discuss certain kinds of sex leaves something to be desired. But if we take a step back we might find that what traditionalists deem “unnatural” sexual behavior (i.e. anything outside the confines of heterosexual marriage) can be fairly intrinsic. However those participating in them want to self-identify is up to them.

Block suggests we take a look at our closest "kissing cousins," the Bonobo. In her book, The Bonobo Way: The Evolution of Peace Through Pleasure, Block explains that the apes often engage in what’s known as “penis fencing,” whereby two males will rub their erect penises against each other’s.

She told us, “They stop each other from killing each other by rub rub rubbing, until they come come come. And then have a banana together or something," adding, "I think there’s a very positive and certainly very natural aspect to this.”