"Was there any wrongdoing? I didn't find any." You don't say! 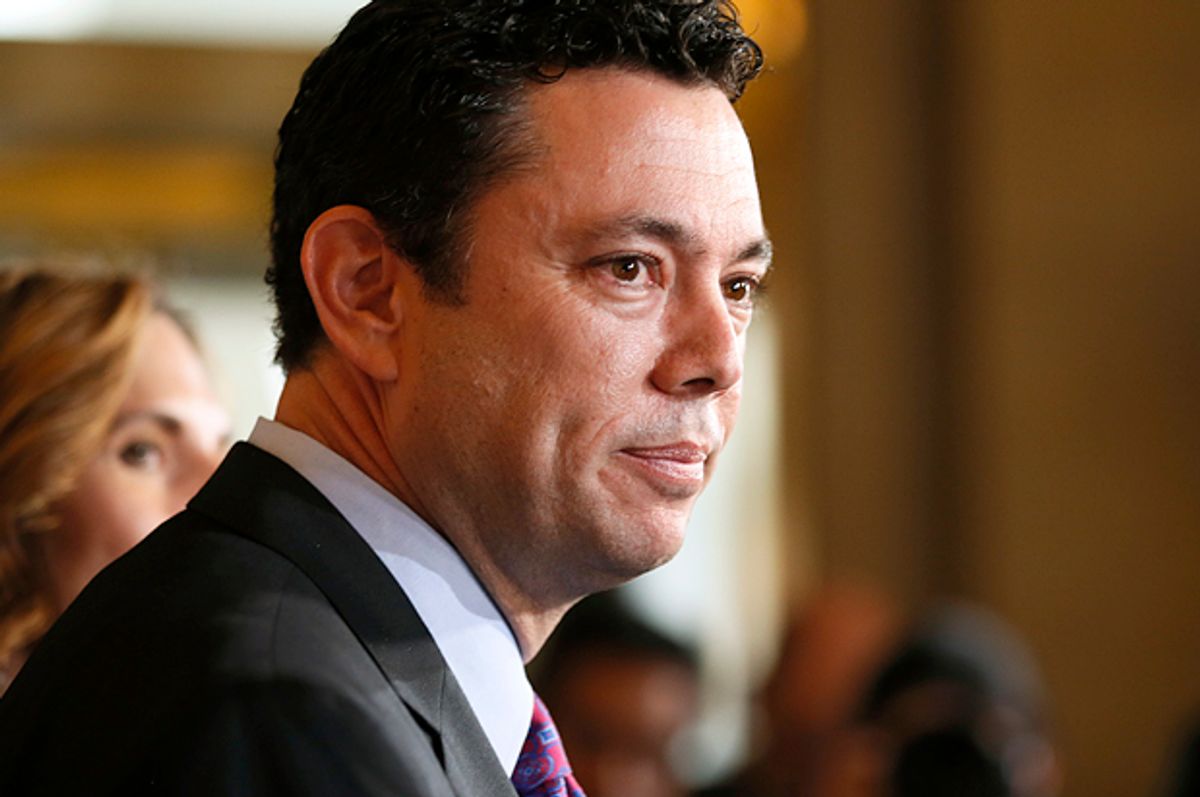 At some point, the American people deserve to know how many of their tax dollars have been completely wasted on frivolous investigations into Planned Parenthood -- more than a dozen state-level investigations, as well as the growing number of congressional investigations and the Health and Human Services probe. By this point, the dollar value should register into the millions. This from the allegedly thrifty small government party -- the one that actively campaigns in support of tort reform and in opposition to gratuitous spending.

To date, seven state investigations -- in Pennsylvania, South Dakota, Massachusetts, Georgia, Indiana, Florida and Missouri, in addition to a federal probe conducted by the Department of Health and Human Services -- have turned up absolutely zero wrongdoing on behalf of Planned Parenthood. That means no illegal marketing of fetal body parts, and no evidence whatsoever of misappropriation of funds, either incoming or outgoing. Other investigations remain ongoing, but none have turned up anything resembling the Republican accusations.

And now, as of last Friday, we can pencil-in another investigation that's failed to uncover anything hinky. We previously heard from Rep. Jason Chaffetz (R-Utah) when he mansplained and condescended to Planned Parenthood president Cecile Richards for five full hours, and then was promptly humiliated when he was caught red-handed adding a clearly fraudulent chart into the congressional record. Despite being publicly shamed for using obvious propaganda as evidence against Richards and Planned Parenthood, Chaffetz has become a candidate for the highly contested Speaker gavel, abandoned by retiring GOP bronzer victim John Boehner.

Even though Chaffetz was one of the chief fire-eaters on the Judiciary Committee panel's inquisition against the healthcare organization, he confessed the other day that he was unable to find any proof of nefarious activity by Planned Parenthood.

"Did I look at the finances and have a hearing specifically as to the revenue portion and how they spend? Yes. Was there any wrongdoing? I didn't find any," he said during a Judiciary Committee hearing on the family planning provider. [...] But after all that, he concluded that Planned Parenthood isn't doing anything sketchy with its money. "Did we find any wrongdoing? The answer was no," Chaffetz said.

While the Judiciary Committee's hearings are ongoing, this would certainly qualify as a tentative exoneration by one of its most prominent members. Will this snap the GOP back to reality on this issue? Of course not. While Chaffetz admitted to Planned Parenthood's innocence, he added:

"I think there will continue to be investigations," he said.

Of course there will be. Naturally, there's plenty of government cash still to burn -- cash that'd otherwise be spent on crazy things like, I don't know, helping people? Combined with the revelation that the Benghazi hearings were convened as a tactic to flummox Hillary Clinton's presidential aspirations, we have no choice but to seriously look into the ethics and subsequent chicanery of the Republican caucus to determine whether they're misappropriating funds and wasting time on witch hunts that represent nothing but political fappery rather than a serious probe into charges based on provable evidence.

On the contrary, it makes perfect sense that none of these panels have managed to pinpoint anything untoward because they're each based on the quicksand footing of the Center for Medical Progress's deceptively edited videos. Anyone who read the nonpartisan fact-checks that rolled out in the wake of the initial spate of videos already knows that the investigations are utter horseshit. How could they not be? It's like basing a series of costly, intrusive investigations on the exhibits at a circus side-show. Sorry, Congressman Chaffetz, the goat lady and the two-headed chicken geek aren't real. It doesn't matter how much he and the others stomp their feet and condescend to women -- investigations based on specious evidence will all turn out to be, in turn, equally specious. All of them. Count on it.

So, what's the alternative? Already we've seen Republicans like Carly Fiorina pivoting away from wrongdoing and, instead, reverting to what amounts to scare-mongering over the unseemly nature of the abortion procedure itself. And even then, Fiorina in particular is entirely divorced from reality -- in her case, describing an allegedly horrifying abortion that turned out to be a miscarriage (aka "spontaneous abortion").

In absence of anything illegal, the GOP has descended to the level of googly-eyed street protesters waving placards featuring gruesome photos of fetal death-porn. None of them will dare cop to the reality that they deliberately latched their little red wagons, and our tax dollars, to videos that were nothing more than textbook examples of cleverly produced agitprop. Instead, they'll just continue vilifying a woman's right to choose, hoping their voters haven't noticed that their entire crusade is based on nothing more than sound and fury, signifying nothing.